Lowe: Four For LSU At Louisiana Sports Hall of Fame 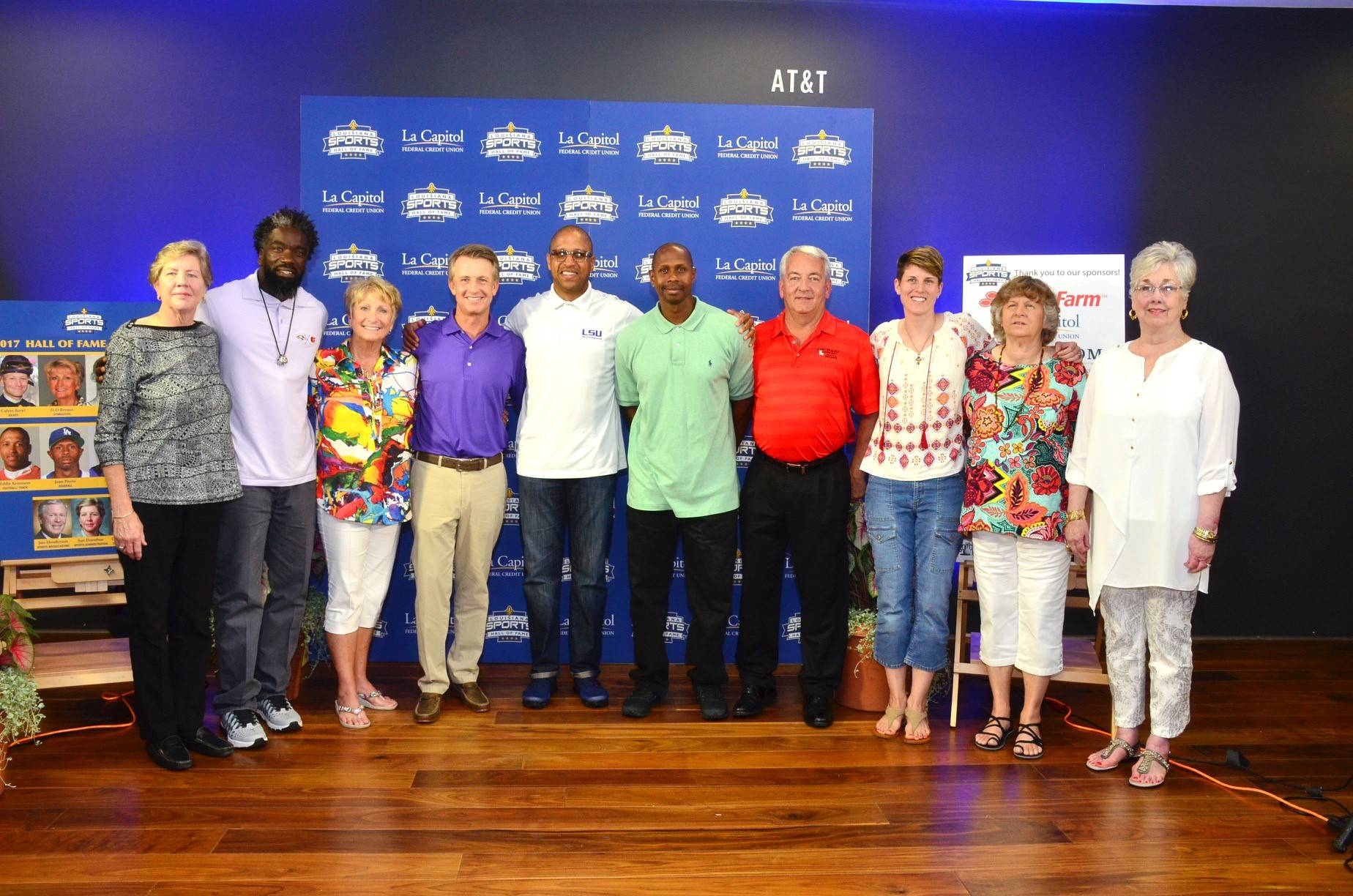 LSU is well represented at this year’s event with current gymnastics coach D-D Breaux, major golf champion and former college A-A David Toms, the late Raymond Didier (who coached successfully at three different schools in the state and coached the 1961 SEC Baseball champions at LSU), and, Eddie Kennison who starred at LSU before his 13-season NFL career.

Golf or No Golf?

Unfortunately, the rain of the past two days and hard overnight showers postponed what was to be a 36-team sold out golf event at Oak Wing Golf Course in Alexandria. The event has been rescheduled for Monday, July 10, and Toms will be able to take part in the event on that day.

Baltimore Ravens stat defensive back Ed Reed was very disappointed about the cancellation as he said at the press conference on Thursday, “I’m honored to be here, but I’m real mad about the golf.” Reed admitted he wanted to pick up some pointers from Toms to improve his game.

Late Thursday it was rumored that Toms and Reed were headed to Shreveport Friday morning to Toms’ 265 Academy to work on his game.

On the opposite extreme was Alexandria native and major league baseball star Juan Pierre. “I was dreading the golf, because I don’t have time for that, chasing three little ones all over the place. I’ve got to take my clubs back, ‘cause I think I still have the tags on them.”

Toms talked about his recruitment and his decision to come to LSU after also being recruited by Stanford and Texas. Of Stanford he said, “The coach at Stanford lived on a boat and I thought that was cool, but I didn’t figure I could make the grades to survive there.”

Breaux At Home In The Hall

For Breaux, the Hall of Fame seems like just another stop on a whirlwind spring in which she was one of the stars of the state-wide Tiger Tour. Press conference moderator Doug Ireland in his introduction called her “fearless” and said she overcame indifference that “her passion overwhelmed.”

On finding out she was being inducted, Breaux said, “It was surreal. It was unbelievable. To think that the 40 years … I keep telling people it’s never been better. I love LSU. I love Louisiana. I just think this state has so much potential and so much wealth and so many natural resources. Our young people is one of our major natural resources and it has been my life mission and passion. I am very proud of what I do. I have a tremendous amount of purpose every day when I go to work.

“To be now inducted into this. To be able to walk this walk and to be a part of this is truly an honor.”

From Lake Charles to LSU to the NFL has seen Kennison now settle in Kansas City, where both the speedy wide receiver along with his former coach Dick Vermeil are in the wine business.

“…it’s hard work, but at the end of the day we make great wine,” Kennison said.

He also has a way people can get great wines that they may enjoy at his Barell87.com web site in which he helps pick out wines for his online members.

It is becoming even clearer now as the induction draws near what a good coach Raymond Didier must have been. One of his LSU players, Bobby Theriot, will speak of him in the induction video Saturday night as will two coaches and a player from his Nicholls days. He was super successful and a champion at three different schools in baseball.

But he also coached football at two of his stops (SLI, now UL-Lafayette and LSU). He was an assistant on the Paul Dietzel staff that won the 1958 football national championship. He served as athletic director at Nicholls during and after his coaching time ended there and today the baseball field deservedly so has his named on it.

Breaux becomes just the second college coach to be put in the Hall while still coaching. The other was legendary football coach the late Eddie Robinson of Grambling … Joining the LSU contingent in the Hall this year is the already mentioned football star Reed and baseball Pierre, the late basketball star C. A. Core who starred at Southeastern; and, thoroughbred racing jockey Calvin Borel … Longtime New Orleans television personality Jim Henderson and former sports information and media writer/broadcaster Dan McDonald will receive the Distinguished Service Award in Sports Journalism; while former Louisiana Tech graduate assistant who went on to run the NCAA Basketball championships, Sue Donohoe, will receive the Dave Dixon Louisiana Sports Leadership Award.