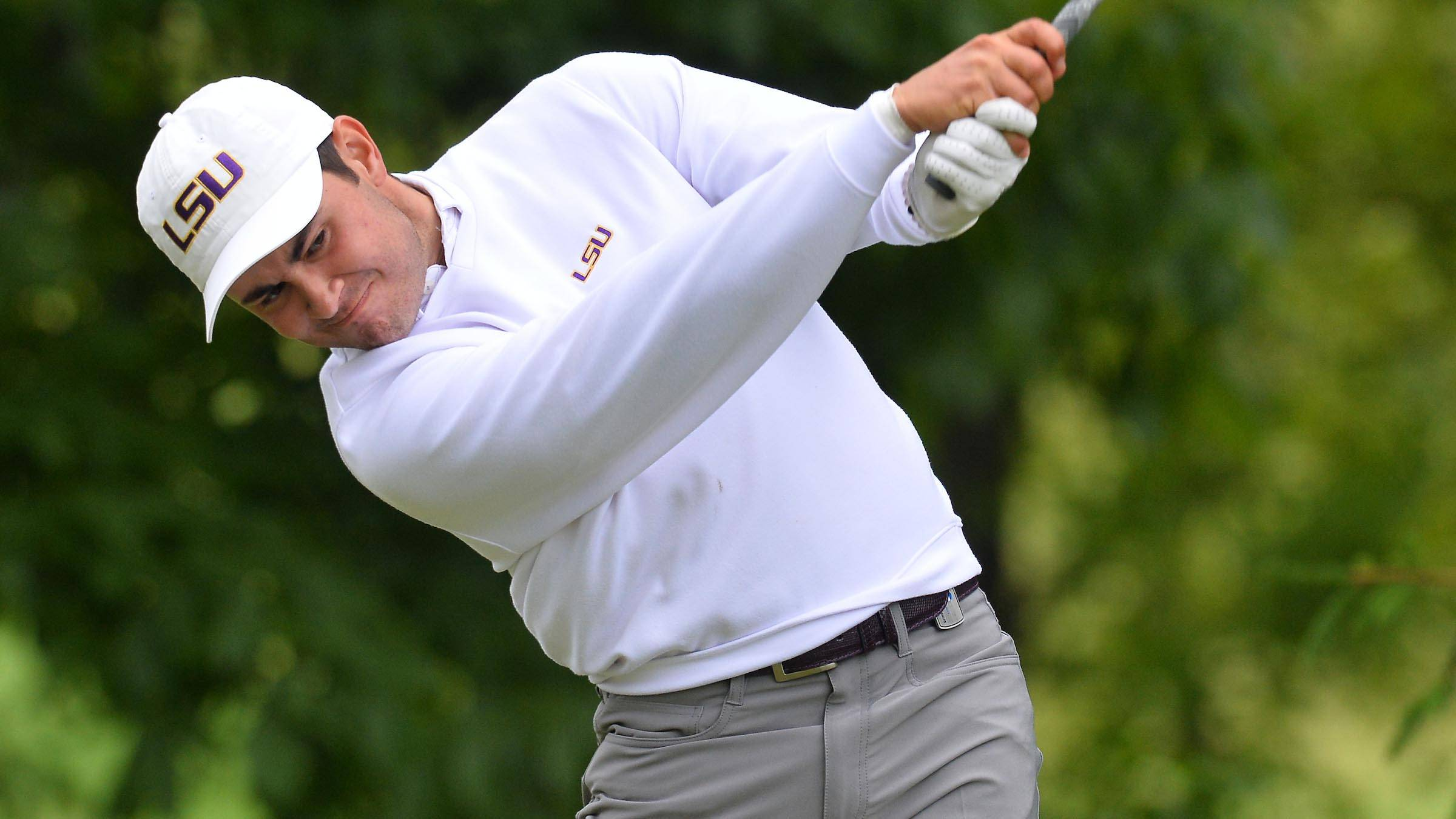 BATON ROUGE – LSU’s Luis Gagne cashed in on an outstanding sophomore season with the Tigers on Thursday by earning PING Honorable Mention All-American honors for the second year in a row as he was named by the Golf Coaches Association of America among the top players in all of college golf.

Gagne became the 13th multiple All-American in the history of the LSU Men’s Golf program and the second Tiger to claim All-America honors this season after sophomore teammate Sam Burns was named a PING First-Team All-American and the recipient of the 2017 NCAA Division I Jack Nicklaus National Player of the Year Award earlier this month.

Gagne ended the season as the No. 25-ranked player in college golf in the final Golfweek individual player rankings released following the NCAA Division I Men’s Golf Championships in Sugar Grove, Illinois.

The Orlando, Florida, native teed it up in 15 tournaments during the 2016-17 season while earning a career-high seven top-10 and 12 top-20 finishes and posting a career-low 71.35 scoring average in 43 rounds played in the campaign. His stroke average is the fourth-best by an LSU Tiger in a single-season in the last 35 years since 1982.

His top-10 finishes also include a tie for seventh at the Sun Bowl Western Refining College All-America Golf Classic in the fall and a tie for 10th at the Louisiana Classics and second place at the Tiger Classic in the spring.