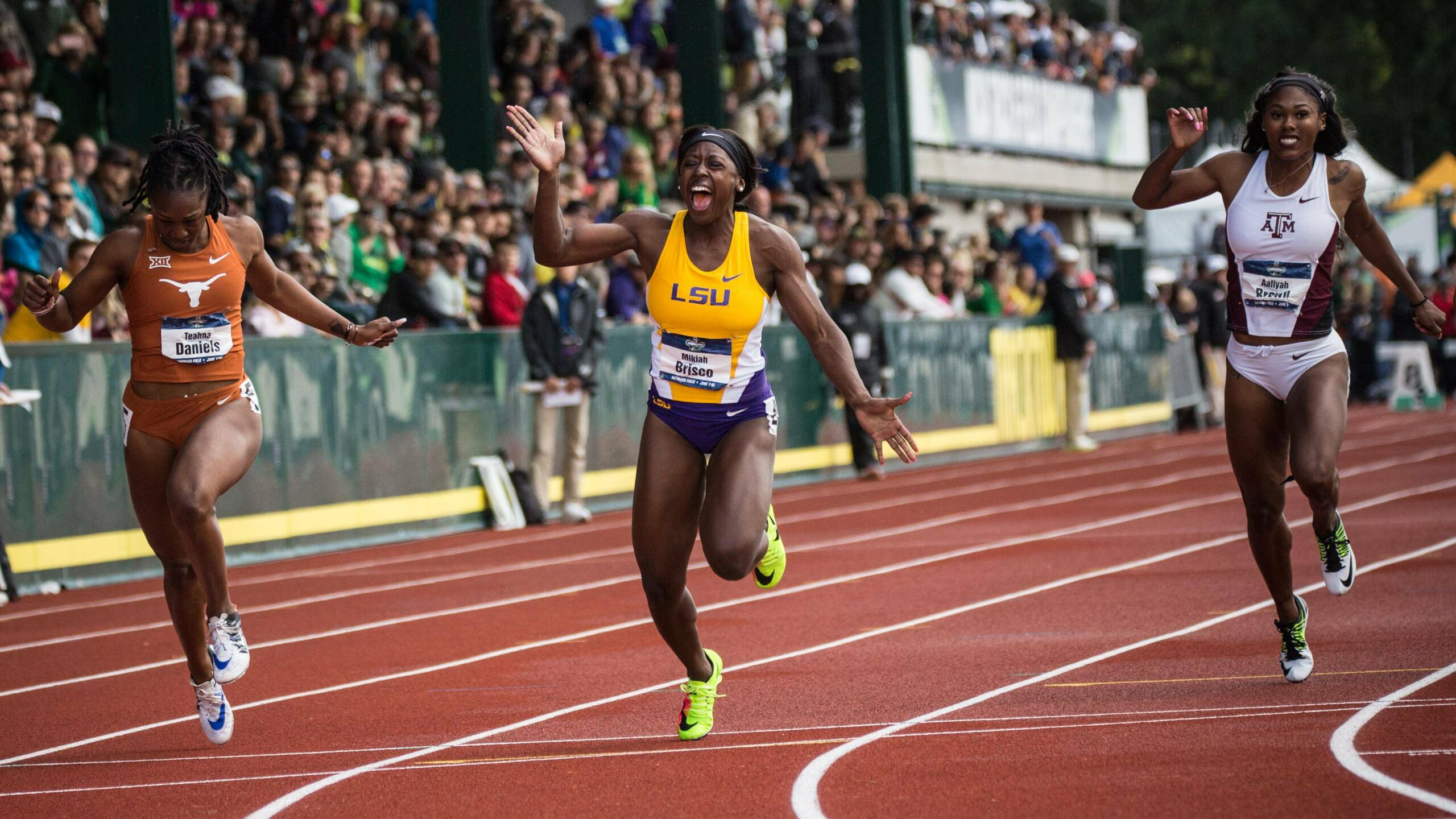 BATON ROUGE – The Road to London for the 2017 IAAF World Championships in Athletics rolls through Sacramento, California, this weekend as a total of 16 LSU athletes past and present will line up against the best athletes in the United States at the USA Track & Field Championships beginning Thursday at Hornet Stadium.

The four-day meet runs through Sunday as the top-three finishers in each event with the “A” qualifying standard will earn a spot on Team USA competing at the World Championships in London in August.

Brisco became LSU’s seventh NCAA Champion in the women’s 100-meter dash in the finale at the 2017 NCAA Division I Outdoor Track & Field Championships on June 10 when she clocked a personal-best time of 10.96 seconds in the national final. Hobbs, who set her personal best of 10.85 at the SEC Relays in April, followed Brisco in fifth place in the NCAA final in the women’s 100 meters.

Martin added a career-best fifth-place NCAA finish in the 200-meter dash in her final meet as a Lady Tiger, while Wales also placed fifth in the javelin final to earn her third career All-America honor.

Cherry defended his title as the NCAA Outdoor Bronze Medalist in the men’s 400-meter dash in his final collegiate meet while running a personal best of 44.73 in the semifinal and 44.77 for third place in the final. Jackson put the Tigers on the scoreboard at the NCAA Outdoor Championships with a sixth-place national finish in the men’s hammer throw while posting his personal best of 235 feet, 4 inches in his final meet as a LSU Tiger. Henderson was an All-American indoors as the seventh-place finisher nationally at the NCAA Indoor Championships.

A host of former LSU athletes are also among the favorites to earn a spot on Team USA for the IAAF World Championships in Athletics, including 2015 medalists Vernon Norwood in the men’s 400 meters and Cassandra Tate in the women’s 400-meter hurdles. Norwood struck gold for the United States in the 4×400-meter relay, while Tate won the World Championships bronze medal in the 400 hurdles in Beijing two years ago.