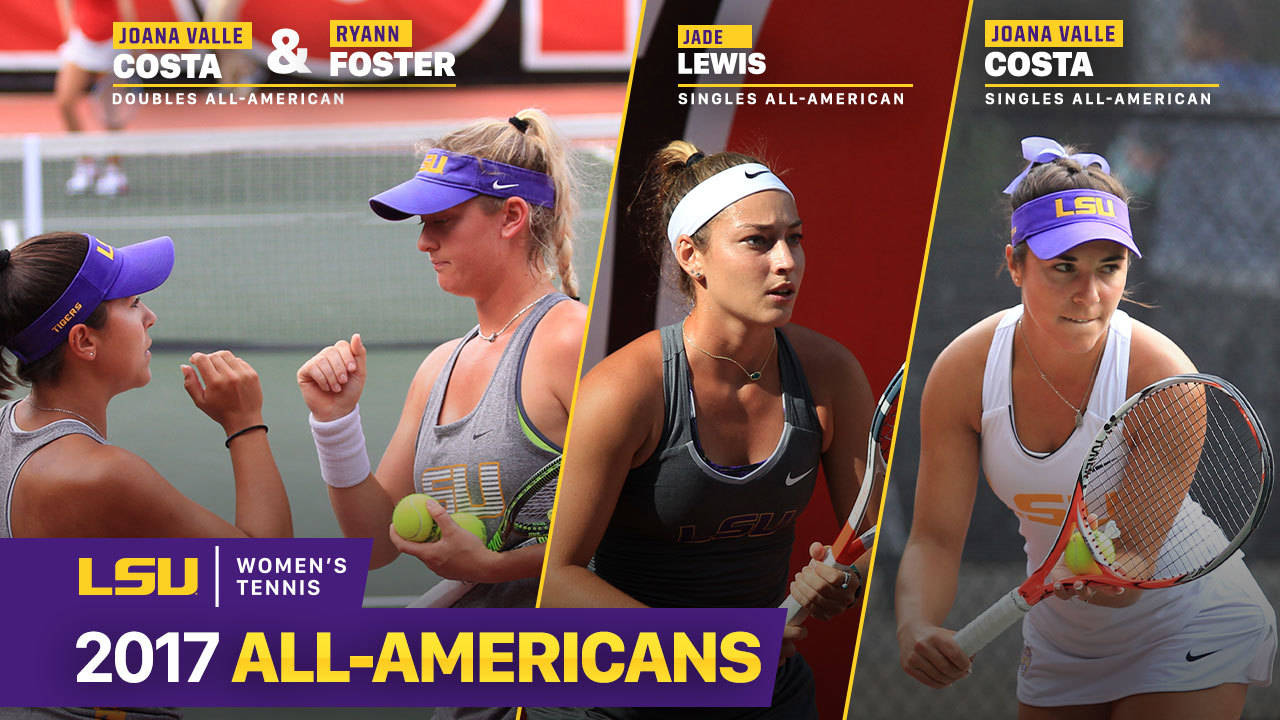 BATON ROUGE — For the first time in program history, the LSU women’s tennis team had multiple players selected to both singles and doubles All-American teams in the same season, the Intercollegiate Tennis Association announced Thursday.

The Tiger trio brought the total number of All-Americans produced by the LSU women’s tennis program to 16 in its history, the first since Megan Falcon’s stretch of three straight Singles All-American honors from 2007-09.

Lewis, who finished the season as the No. 17 ranked player in the country following an outstanding freshman campaign, held a 17-7 overall singles record with 11 wins over ranked opponents.

Valle Costa cemented her status as an All-American in the postseason by advancing to the round of 16 in the NCAA Division I Women’s Singles Championships and taking down a couple of top-70 opponents along the way.

Valle Costa didn’t stop there, however, and had yet another incredible run in the NCAA Division I Women’s Doubles Championships along with Foster. The No. 16-ranked pairing put together the most dominant postseason doubles run in LSU history, advancing all the way to the semifinal round of the NCAA Tournament.