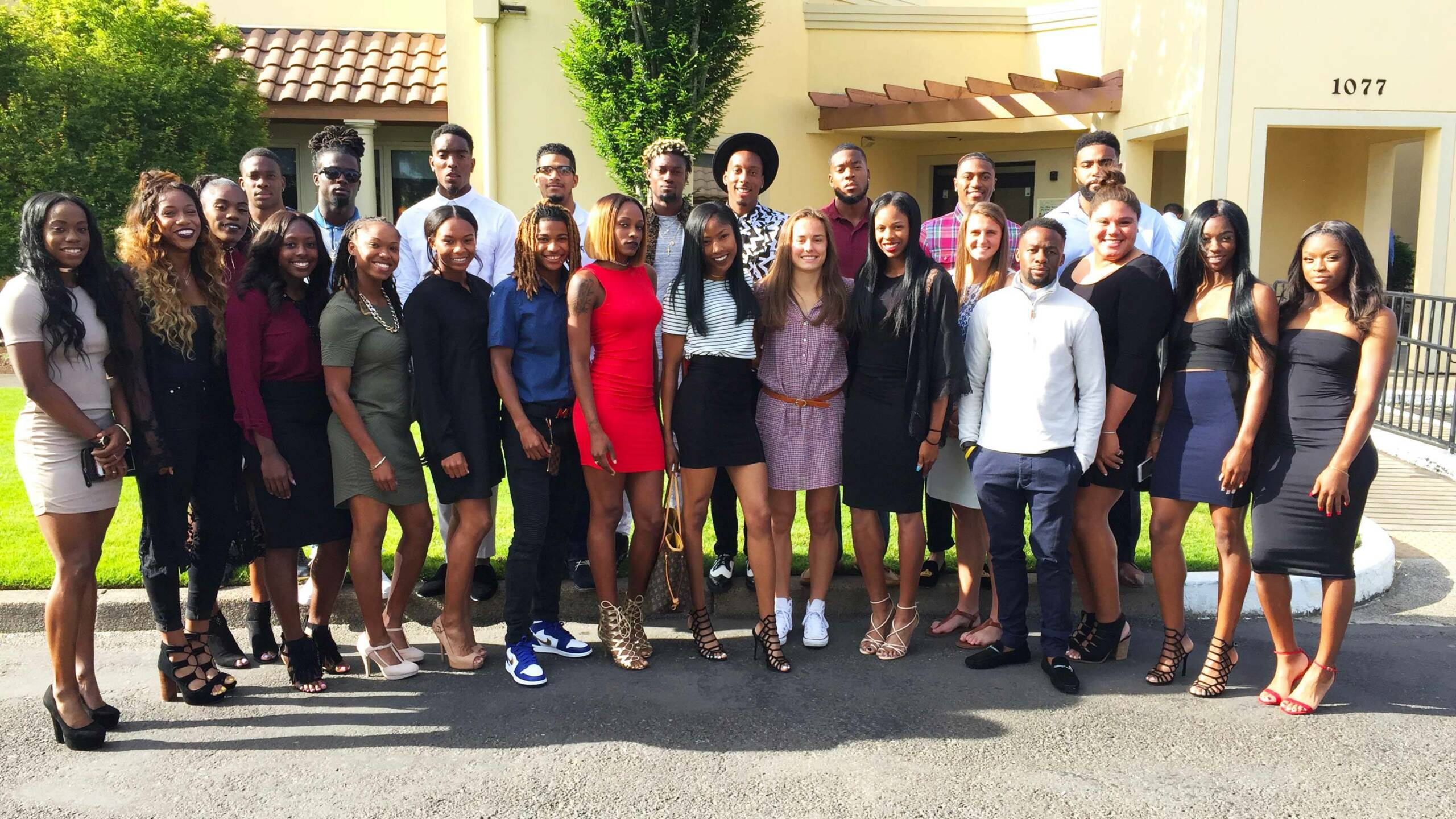 EUGENE, Ore. – Following two days of training at Hayward Field, 25 LSU athletes comprising 27 total entries are ready to line up and compete in the semifinal and final rounds at the 2017 NCAA Division I Outdoor Track & Field Championships beginning Wednesday and running through Saturday at the University of Oregon.

The NCAA Outdoor Championships return to Hayward Field at the University of Oregon for the fifth-straight season as both the Tigers and Lady Tigers are set to end their season in Eugene once again.

This marks the third-straight year in which the NCAA Championships will be contested in its current format with the men’s competition being held Wednesday and Friday and the women’s championship being held on alternate days on Thursday and Saturday. The Tigers are slated to compete for the first time at 4 p.m. CT on Wednesday and 7:30 p.m. on Friday, while the Lady Tigers are scheduled to open up their competition at 6:30 p.m. on Thursday and 5:30 p.m. on Saturday afternoon.

The 2017 NCAA Division I Outdoor Track & Field Championships features live television coverage once again as Wednesday’s opener will be broadcast on ESPNU at 6:30 p.m. CT before ESPN2 takes over at 7:30 p.m. The coverage continues on Thursday at 6:30 p.m. on ESPN2, while ESPN is scheduled to broadcast the finale for both championships on Friday at 7:30 p.m. and Saturday at 5:30 p.m.

Live results from the semifinal and final rounds of the 2017 NCAA Division I Outdoor Track & Field Championships will be provided once again by Flash Results and can be found online at http://www.flashresults.com.

LSU’s women lead the field with 19 total entries into the NCAA semifinals as they line up this week as the No. 3-ranked team in the country following their performance at the NCAA East Preliminary Rounds two weeks ago in Lexington, Kentucky. No. 1-ranked Oregon and No. 2-ranked Arkansas follow the Lady Tigers with 17 entries apiece on the women’s side.

The Tigers arrive in Eugene as the No. 8-ranked men’s team in the latest U.S. Track & Field and Cross Country Coaches power rankings as the compete with eight semifinalists in individual events and relays.

The Tigers were just off the top-four trophy podium at last year’s NCAA Championships as they totaled 41 points for fifth place in the final men’s team standings in two days of competition at Hayward Field. LSU’s Lady Tigers added a sixth-place team finish on the women’s side with 31 points as they also finished among the nations’ elite once again a season ago.

While it has been 14 seasons since the Tigers were last crowned the NCAA Outdoor team champions, they arrive at Hayward Field this week riding the longest active streak of top-10 national finishes in men’s programs as they have cracked the Top 10 nationally in 19-straight years since 1998. They have also finished among the Top 5 nationally in 15 of the past 17 seasons as part of their run.

While the Tigers have proven themselves as one of the NCAA’s most consistent men’s programs in recent years, the Lady Tigers have finished outside the Top 7 in the team standings just twice in that span. They had a run of nine-straight seasons finishing among the Top 10 women’s teams nationally from 2006-14 before returning to the Top 10 once again at Hayward Field in 2016.

LSU captured three of the four NCAA relay titles on offer at last year’s championship while sweeping 4×100-meter relays and the Tigers defending their crown in the men’s 4×400-meter relay to close out the meet.

The Tigers won their ninth NCAA Outdoor title all-time in the men’s sprint relay when Jaron Flournoy, Renard Howell, Tremayne Acy and Nethaneel Mitchell-Blake set the Hayward Field stadium record with a final time of 38.42 seconds for LSU’s first win a year ago. Mitchell-Blake and Flournoy are back to defend their NCAA title along with senior Tinashe Mutanga and sophomore Donte Jackson as they boast the NCAA’s No. 1-ranked time again this season at 38.57. They were recently crowned the SEC Champions in the event with the third-fastest time in the country at 38.71.

The Lady Tigers completed LSU’s sweep of national titles in the 4×100 relay in 2016 when they set their own Hayward Field record of 42.65 with a team of Mikiah Brisco, Kortnei Johnson, Jada Martin and Rushell Harvey. It marked their 14th NCAA-title-winning performance in the event all-time as they broke their own 20-year-old stadium mark of 42.76 from the 1996 NCAA Outdoor Championships.

LSU’s women have found another gear in 2017 as Brisco, Johnson and Martin have teamed with junior anchor Aleia Hobbs for two of the three fastest times in collegiate history, including a collegiate-record-tying 42.12 from the SEC Relays on April 29. They also ran 42.14 at the Mt. SAC Relays on April 15.

The Tigers added a third NCAA relay win in last year’s season finale as they successfully defended their outdoor crown in the men’s 4×400-meter relay with a time of 3 minutes, 0.69 seconds in the final. Seniors Michael Cherry and LaMar Bruton return from LSU’s title-winning team along with Flournoy and Mitchell-Blake as they have run a best this spring of 3:02.80 to rank No. 4 nationally in the event.

LSU’s Qualifiers for the NCAA Championship Semifinals in Eugene, Oregon
Note: All times and marks were achieved this weekend at the NCAA East Preliminary Rounds