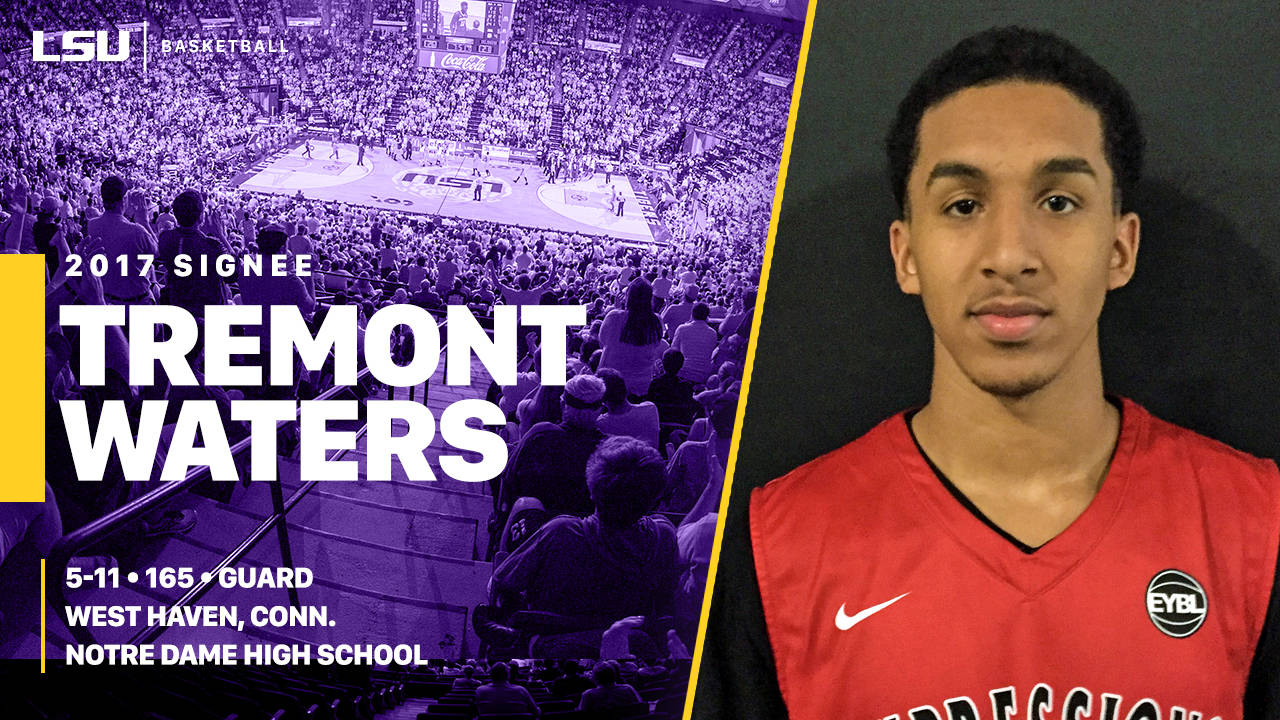 Waters, a four-star prospect from Notre Dame High School in West Haven, Connecticut, is ranked No. 32 in the 2017 ESPN rankings and No. 41 overall in the 2017 class according to Scout.com. He is listed as the eighth point guard in the top 100 rankings by ESPN.

“Tremont Waters is a dynamic point guard who will help our program immediately,” said Coach Wade. “His ability to pass and score, along with his defensive tenacity, will help us tremendously as we move ahead toward the 2017-18 campaign.”

Waters played in the Jordan Brand All-Star game, where he had eight points and two assists. He was named the Gatorade Player of the Year for Connecticut in 2016-17.

He finished the season averaging 25.3 points, 4.6 assists and 4.6 steals per game while shooting 87.3 percent from the line this past season, leading the Knights (22-2) to the first round of the Class LL state tournament.

Waters is the fourth four-star player to be signed by LSU, joining fall signees Galen Alexander of Lafayette Christian Academy and Brandon Rachal of Natchitoches-Central. In the spring, LSU has signed Waters and big man Mayan Kiir of Victory Rock Prep in Florida and JC combo guard Daryl Edwards of Northwest Florida State College of Niceville. The Tigers will also have graduate transfer Jeremy Combs, joining the team from North Texas.