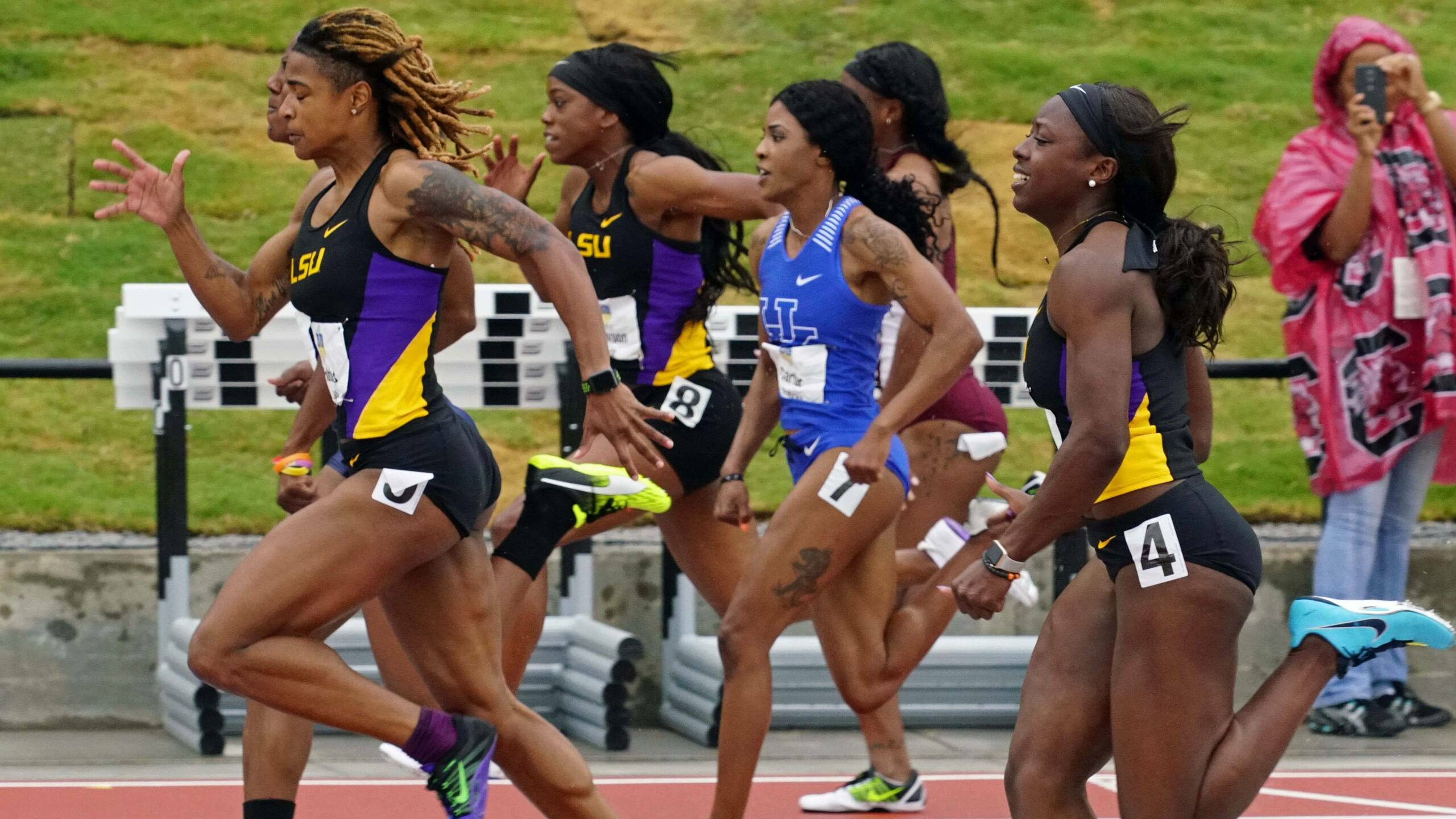 BATON ROUGE – LSU junior Aleia Hobbs strengthened her resume as a Bowerman Award candidate on the women’s side for the 2017 season on Sunday afternoon when she was announced by the U.S. Track & Field and Cross Country Coaches Association as the South Central Region Women’s Track Athlete of the Year.

Hobbs’ selection by the USTFCCCA came just four days after she was announced the SEC Women’s Outdoor Runner of the Year on Wednesday for her efforts as arguably the nation’s top sprinter in 2017.

A native of New Orleans and product of Eleanor McMain High School, Hobbs will have the opportunity to run for NCAA titles in both the 100-meter dash and 4×100-meter relay during the NCAA Division I Outdoor Track & Field Championships beginning Wednesday at Hayward Field in Eugene, Oregon. The women’s semifinals and finals at the NCAA Championships are scheduled for Thursday and Saturday.

Hobbs turned in one of the most impressive sprint performances in NCAA history on the final day of the SEC Relays on April 29 as she first stepped onto the track for the 4×100 relay in the first event of the day.

That was just a warm up for Hobbs as she later returned to the track and won the SEC Relays 100-meter title with the second-fastest wind-legal time in NCAA history with a personal best of 10.85 (+2.0) to take over the national lead in the event. It’s a time that remains the No. 2-ranked performance worldwide for the 2017 season as the top time among Americans.

Hobbs’ 10.85 personal best is the fastest ever time by a collegiate sprinter at low-altitude as only the recognized collegiate record of 10.78 by LSU’s Dawn Sowell at the NCAA meet at BYU in 1989 separates her from the top of the NCAA’s all-time rankings. Hobbs is the ninth sprinter in NCAA history to break 11 seconds with a wind-legal performance in the 100-meter dash.

A winner of four-straight SEC Women’s Runner of the Week awards in the month of April, Hobbs completed the short-sprint sweep at the SEC Championships when she was crowned the SEC Outdoor Champion in the 100 meters with times of 11.02 (+1.7) in the prelims and 11.12 (+0.9) in the final at the SEC Championships. She captured her first career SEC Indoor title in the 60-meter dash back in February.