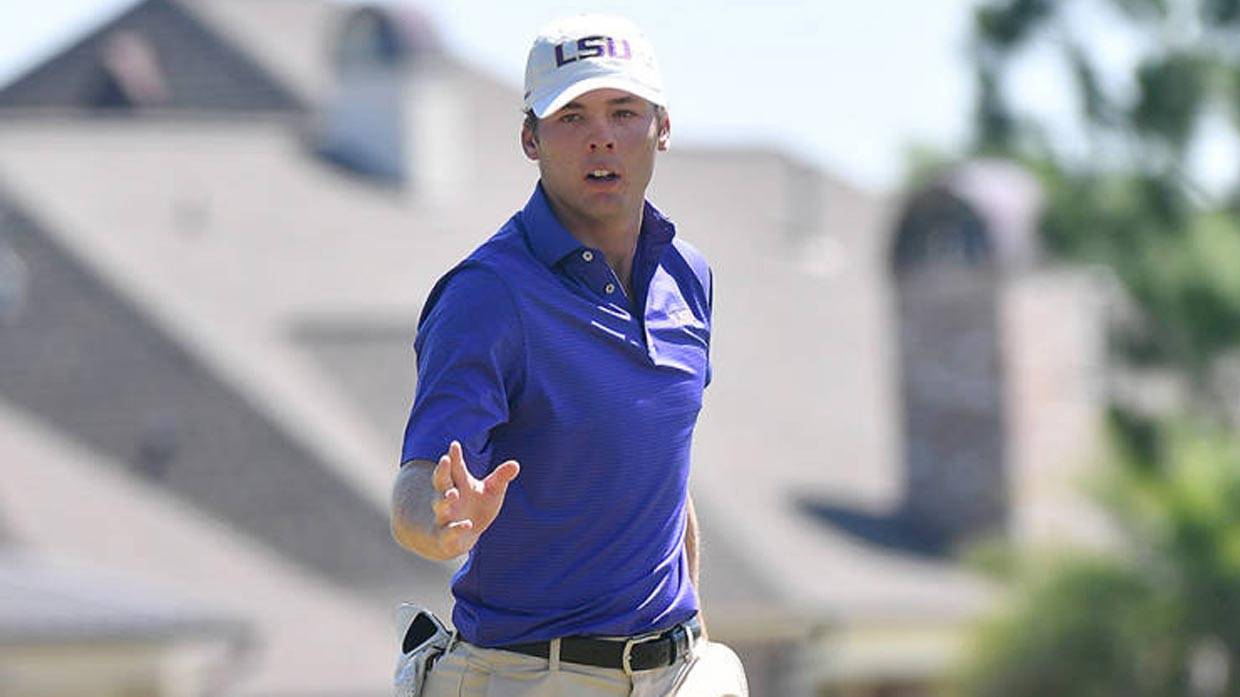 COLUMBUS, Ohio – LSU sophomore Sam Burns, the 2017 NCAA Division I Jack Nicklaus National Player of the Year, earned an exemption to the PGA TOUR’s Barbasol Championship next month by firing a competitive course record of 5-under 65 at Scioto Country Club on Saturday afternoon to win the Barbasol Shootout.

Burns teed it up alongside the four other Jack Nicklaus National Players of the Year across the divisions in college golf for the right to play at the Barbasol Championship coming up July 20-23 at Grand National in Opelika, Alabama. He finished three shots clear of Dalton State’s SM Lee and West Florida’s Chandler Blanchet in a tie for second place with scores of 2-under 68.

Burns already earned an exemption to the 2018 Memorial Tournament with Thursday’s announcement as the Division I winner of the Jack Nicklaus National Player of the Year Award for the 2016-17 season.

The SEC Player of the Year and PING First-Team all-American carried the momentum from a record-setting sophomore season into Saturday’s Barbasol Shootout at Scioto Country Club as he carded six total birdies with just one bogey on the day for a winning score of 65.

The Shreveport native will soon represent the United States at the Arnold Palmer Cup in June before turning professional following the Walker Cup in September. He finished off a record-setting sophomore season at the NCAA Division I Men’s Golf Championships while setting the school’s single-season scoring record with a stroke average of 70.05 and finishing with four wins and 14 top-10 finishes in 15 appearances this year.