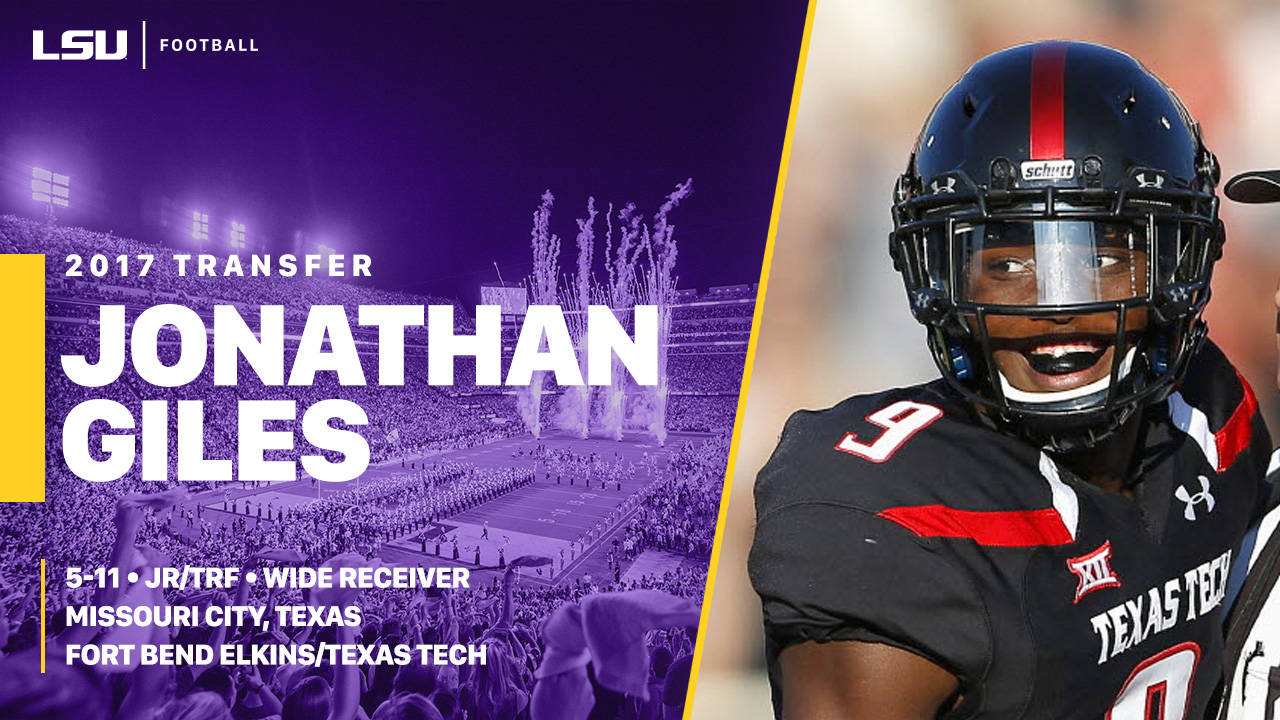 Giles will have to sit out the 2017 season due to NCAA transfer rules but he will be able to practice with the Tigers during the fall. Giles will have two years of eligibility remaining.

He ranked among the top 50 in the nation in five categories, including No. 14 in receiving touchdowns and No. 18 in receiving yards per game.

Giles earned second team All-Big 12 honors in 2017 as well as being named to the Biletnikoff Award watch list midway through the season.

Giles finished his career at Texas Tech appearing in 24 games with 85 catches for 1,313 yards and 16 touchdowns.

He set a career high with three touchdown receptions against Louisiana Tech in 2016. He registered 12 catches for 219 yards, both career highs, in a win over Kansas.

Giles prepped at Fort Bend Elkins High School in Missouri City, Texas, where he was twice named most valuable player of his district and was a finalist for the Houston Touchdown Club Offensive Player of the Year.