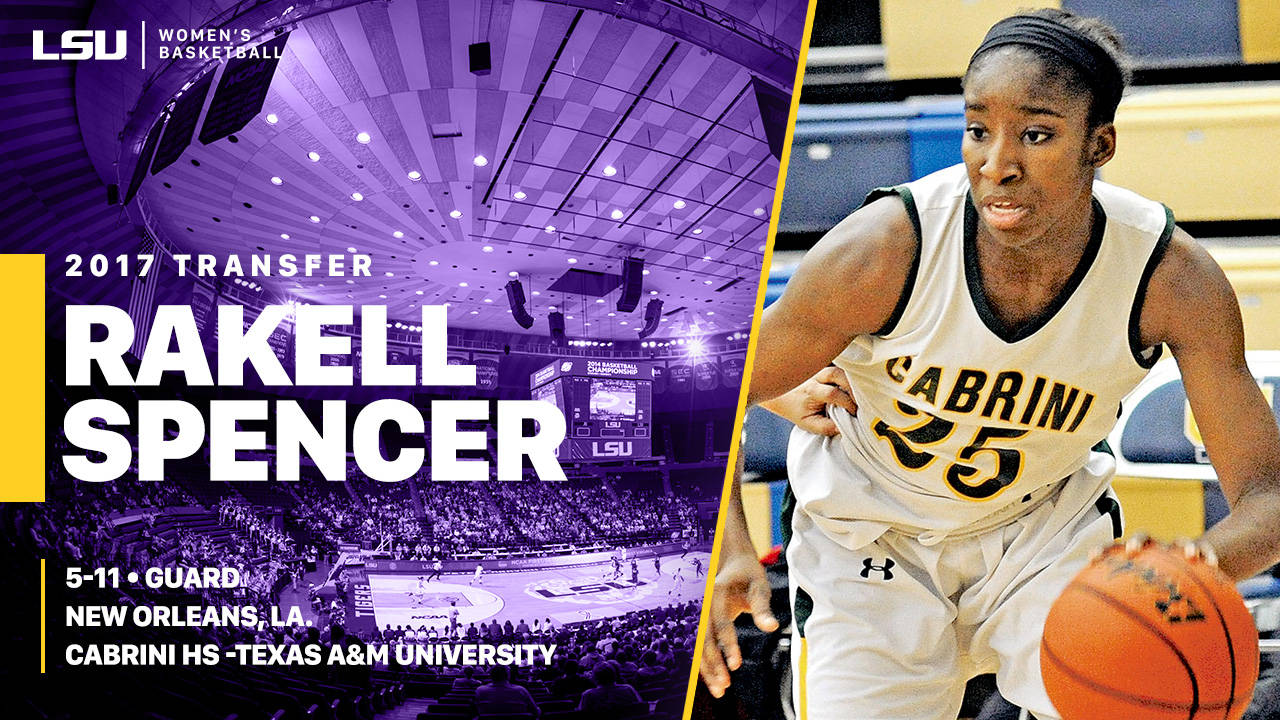 Spencer, a guard from New Orleans, spent the 2016-17 season at Texas A&M where she appeared in 19 games, scoring eight points to go along with 14 rebounds and seven assists.

Due to NCAA transfer rules, Spencer will sit out the 2017-18 season and will have three years of eligibility remaining.

“We are extremely excited with the addition of Rakell to the LSU family,” Fargas said. “She’s an explosive player who can attack offensively. Her ability to defend and rebound will be great additions to our system.”

As a senior at Cabrini High School, Spencer was named the nation’s 25th-best player by ESPN’s HoopGurlz. She capped her high school with a school-record 2,069 points to go along with 1,365 rebounds, 540 assists and 405 steals.

She earned all-state honors three times and was named the high school player of the year in the Crescent City by the New Orleans Clarion-Herald. Spencer also starred in volleyball at Cabrini, twice earning all-state honors while helping her team to a state runner-up finish.