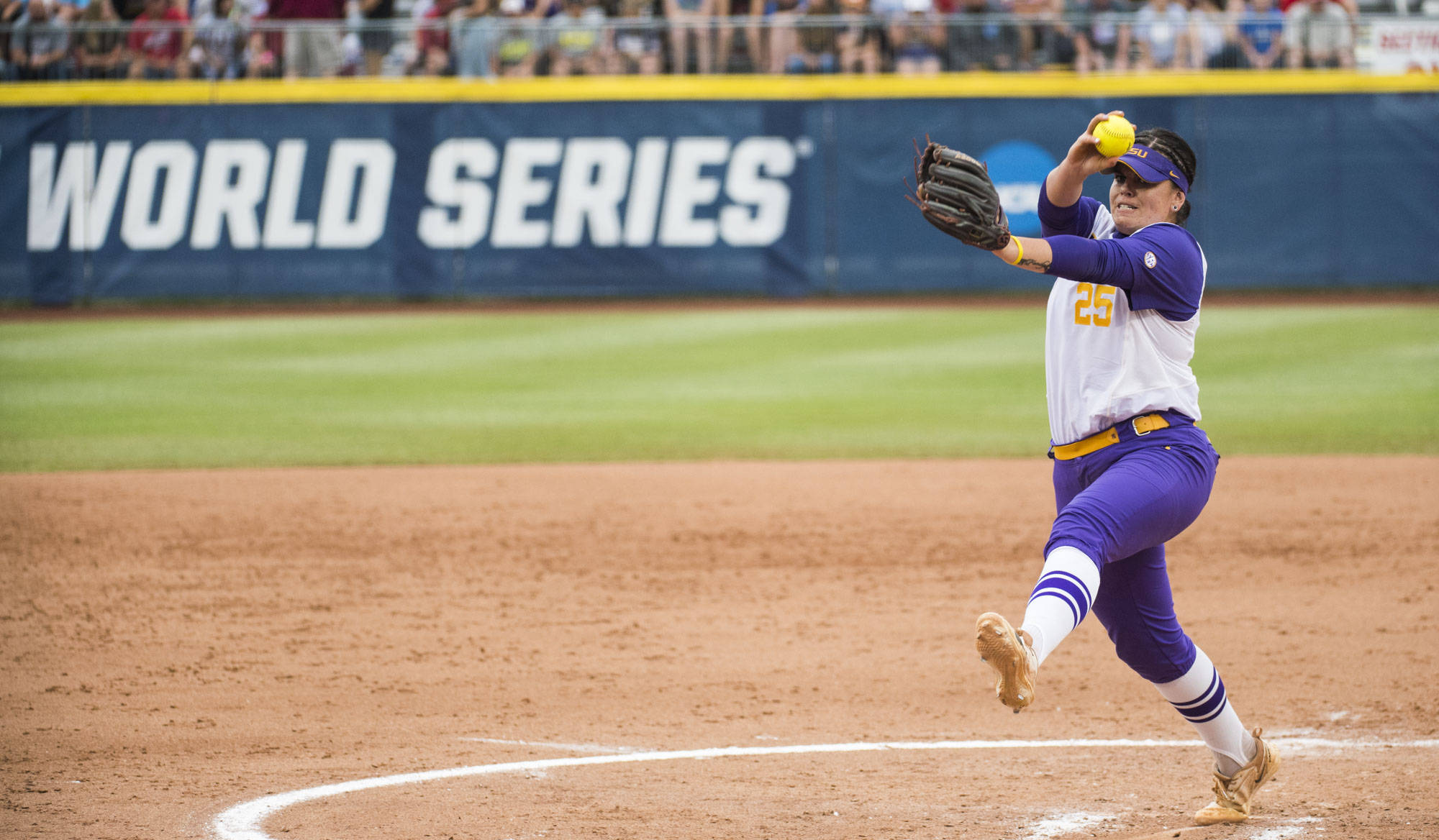 LSU’s Allie Walljasper and UL-Lafayette’s DJ Sanders took the torch for their programs by virtue of their major awards on the 2017 All-Louisiana collegiate softball team announced Saturday by the Louisiana Sports Writers Association.

Walljasper, a junior right-hander from Manteca, Calif., extends the Tigers’ streak of Pitcher of the Year honors to three. Sanders, a junior shortstop from Columbus, Miss., gives the Ragin’ Cajuns six Hitter of the Year awards in the last seven seasons and 10 in the last 15.

The Freshman of the Year is UL Lafayette’s Alyssa Denham, a right-handed pitcher from Alvin, Texas. Designated player Danelle Billings is the first LSU-Alexandria athlete to win a major award — the junior from Nixa, Mo., is Newcomer of the Year. And Mark Montgomery is a drought-breaker, giving Louisiana Tech its first Coach of the Year since 1988.

A LSWA panel of media and sports publicists selected the All-Louisiana team, based on statistics and performances through the teams’ conference tournaments. Those statistics were used in this story.

Walljasper was 16-4 with a 1.21 ERA, 11 shutouts and 138 strikeouts in 135 1/3 innings. She pitched a one-hitter to beat Tennessee 1-0 and snap the Vols’ 20-game winning streak. She helped LSU reach the Women’s College World Series for the third consecutive year.

Walljasper collected nine votes for Pitcher of the Year, Runner-up was UL Lafayette’s Alex Stewart, who shared the 2016 pitching award with LSU’s Carley Hoover. Stewart repeated as first-team All-Louisiana, but Hoover made the second team after first-team berths the past two seasons.

Also on the first team from LSU with Walljasper is catcher Sahvanna Jaquish. Like her four-time All-America citations, Jaquish is first-team All-Louisiana for the fourth time. Jaquish, of Highland, California, hit .343 with 53 RBI in the regular season.

Joining that pair on the first team outfield from LSU is senior Bailey Landry. The Prairieville native hit .431 with 32 RBI in earning first team All-SEC and NFCA A-A honors. Landry is All-Louisiana for the third time.