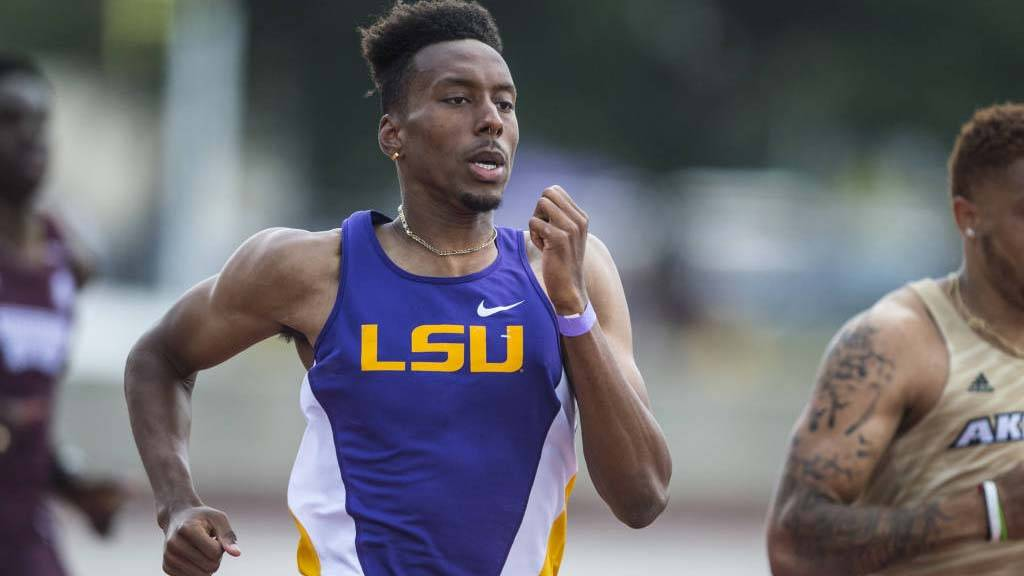 BATON ROUGE – The Southeastern Conference honored two All-American athletes of the LSU Track & Field program Thursday for their outstanding leadership in the community as seniors LaMar Bruton and Nataliyah Friar were both named to the SEC Community Service Team for track and field for the 2017 season.

Bruton, a two-time NCAA Champion and three-time All-American athlete as a member of LSU’s 4×400-meter relay team during his collegiate career, has led the Tigers in the community throughout the 2016-17 season while serving 87 hours of community service in his final season with the team.

Friar, a two-time All-American jumper in her own right, has been a community leader for the women throughout her career while volunteering 181 hours to community service in the current academic year.

Before the start of the 2016 fall semester, Baton Rouge and South Louisiana was devastated by historic flooding that destroyed more than 100,000 homes in 20 parishes across the state. Bruton and Friar both joined up with their teammates in the flood relief efforts while gutting houses and working at local relief shelters to aid in the recovery of those most affected by the storms.

Bruton continued to serve in the flood relief efforts throughout the fall semester by taking part in events like Flooding Baton Rouge with Hope through the Baton Rouge Byrne Criminal Justice Innovation Hope Zone.

Bruton has exhibited a passion for helping the most vulnerable in society through the annual VOICES Fundraiser and also Elderly Walk in Baton Rouge. VOICES is an organization geared toward empowering young girls through self-development, leadership, self-esteem, volunteerism and entrepreneurship. Elderly Walk is a program designed to keep older people active and healthy by walking and exercising each day. Other activities in which Bruton was involved included volunteering with Boys Hope Girls Hope of Baton Rouge with its annual Bowling for Hope fundraiser.

Friar has most notably interned at the Crisis Intervention Center of Baton Rouge for nearly three years working suicide prevention and other crisis management while completing her degree in psychology.

Not only that, but Friar joined Bruton in helping coordinate the track and field team’s efforts at LSU’s annual Halloween BOOzar in the fall where they dressed in Halloween costumes, gave out candy and played games with the local kids in attendance enjoying the event.

They are set to wrap up their collegiate careers at the 2017 NCAA Division I Outdoor Track & Field Championships next week while competing for All-America honors once again at Oregon’s Hayward Field in Eugene.