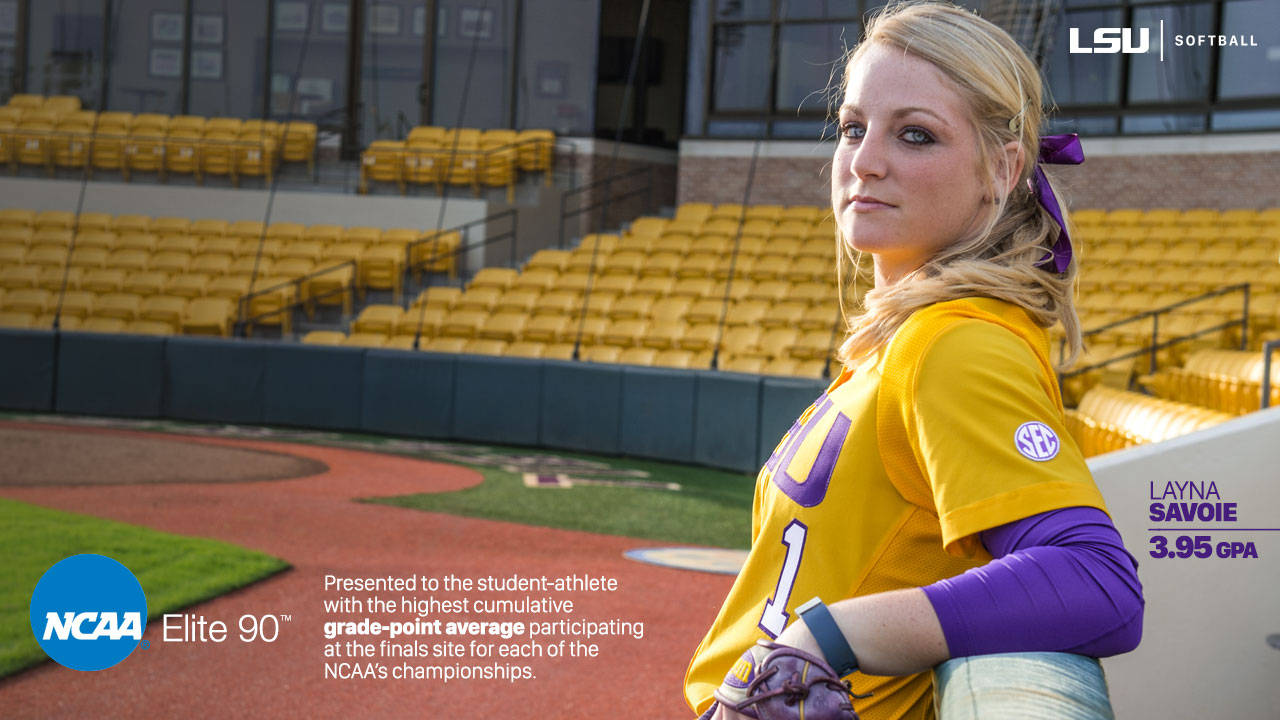 OKLAHOMA CITY – LSU senior Layna Savoie has been named the recipient of the Elite 90 award for the 2017 NCAA Division I Softball Championship, it was announced at the team banquet Tuesday night.

Savoie earned the award as the student-athlete with the highest cumulative grade-point average participating at the finals site of the NCAA’s Championship. Savoie owns a 3.95 GPA in psychology. She is the third LSU student-athlete to earn the award, joining softball’s Dylan Supak (2015) and Alex Boulet (2012).

Eligible student-athletes are sophomores or above who have participated in their sport for at least two years with their school. They must be an active member of the team, traveling and a designated member of the squad size at the championship. All ties are broken by the number of credits completed.