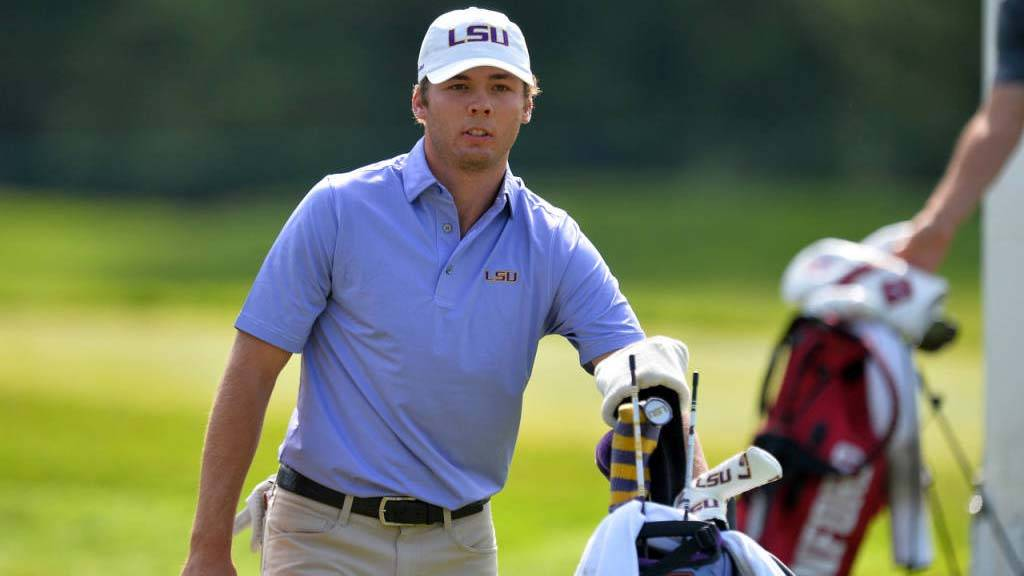 BATON ROUGE – Just one day after helping lead LSU to a top-10 team finish at the NCAA Division I Men’s Golf Championships, sophomore Sam Burns was announced by the Golf Coaches Association among 10 PING First-Team All-Americans on Tuesday while adding to his resume as a National Player of the Year candidate.

Burns selection as a PING First-Team All-American comes just five days after he was announced last Thursday as a finalist for the NCAA Division I Jack Nicklaus National Player of the Year Award.

His selection Tuesday marks the ninth-straight season since 2009 in which at least one LSU Tiger has been chosen as an All-American as Burns becomes the first to pick up first-team status since former NCAA Champion and current PGA TOUR professional John Peterson in 2011. Burns is LSU’s 11th First-Team All-American selection in the program’s storied history.

On the eve of the 2017 NCAA Division I Men’s Golf Championships, LSU’s sophomore All-American Sam Burns was named by the Golf Coaches Association of America among the five finalists for the this year’s NCAA Division I Jack Nicklaus National Player of the Year Award presented by Barbasol.

The winner will be announced Thursday afternoon immediately following the NCAA Championship with Nicklaus himself presenting the award in a special ceremony at Muirfield Village Golf Club with the final round of the Memorial Tournament presented by Nationwide.