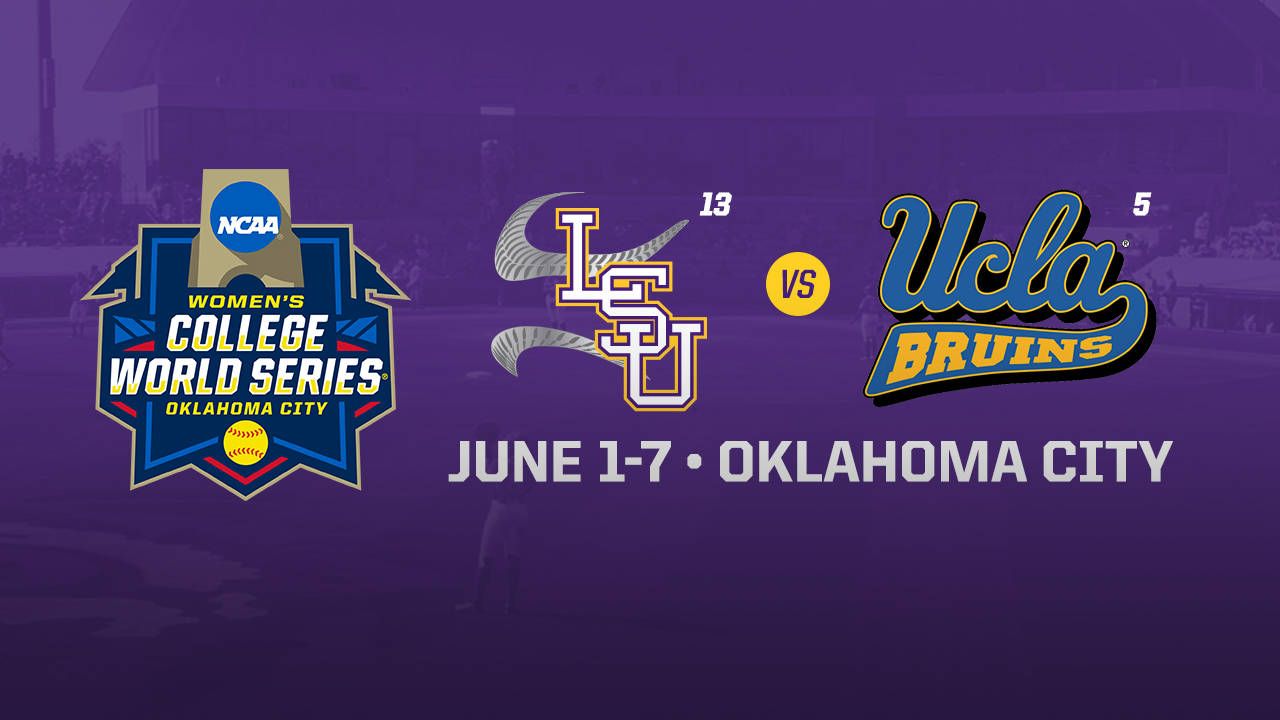 BATON ROUGE – With the completion of the West Coast games late Sunday night, the bracket and start times for the NCAA Women’s College World Series in Oklahoma City were set with the series featuring the LSU Tigers advancing for the third straight year.

The event as usual will be held at USA Softball Hall of Fame Stadium – OGE Energy Field with play beginning with four first-round games on Thursday.

The Tigers, the No. 13 seed will face No. 5 UCLA in the second game of the day on Thursday at approximately 1:30 p.m. CT. The game will be broadcast on ESPN with Adam Amin, Amanda Scarborough and on-field reporter Laura Rutledge on the call. LSU defeated Florida State in three games to advance, while UCLA won its Super Regional against Ole Miss.

The other game in the opening session will have two SEC teams meeting with No. 1 Florida facing No. 9 Texas A&M at 11 a.m., also on ESPN.

The winners meet on Friday with LSU possibly playing against the Florida-A&M winner at 6 p.m., while the loser of the LSU-UCLA game will face the loser of Florida-A&M at 11 a.m. on Saturday. Both those games would be televised on ESPN.

All games can also be seen on the WatchESPN app.

The winners of the two brackets will meet in a best two-of-three championship series beginning on Monday, June 5.