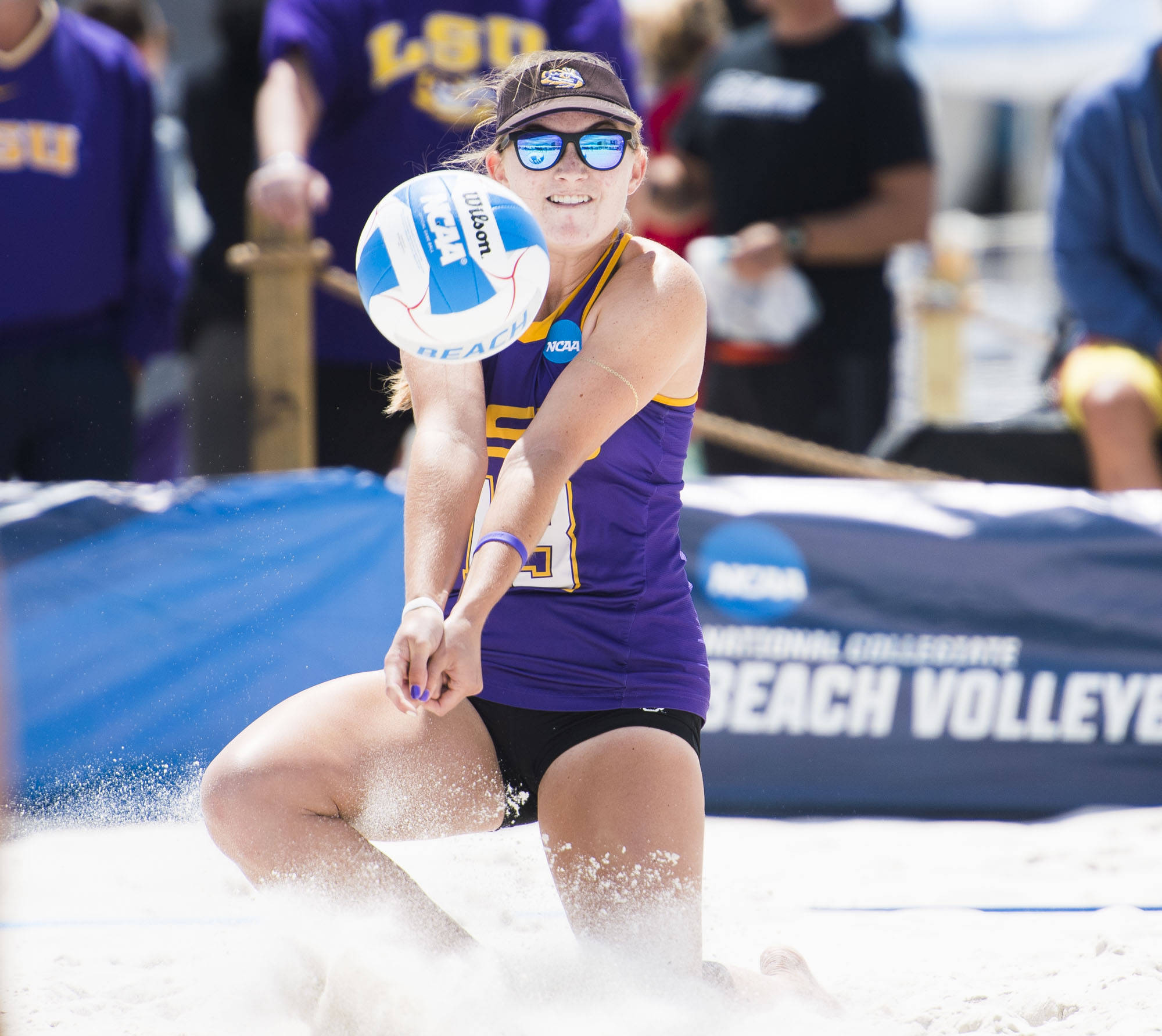 The 2017 season was one for the record books as the LSU beach volleyball team put together it’s best season in the four-year history of the program, setting the standard for the future and earning a place in the national spotlight.

After improving its win total each of the last three years, LSU entered the season ranked for the first time in the preseason, coming in at No. 10 in the American Volleyball Coaches Association beach poll and No. 9 in the DiG Magazine rankings. Senior Katie Lindelow and junior Mandi Orellana were also voted to the Coastal Collegiate Sports Association Preseason All-Conference teams.

Despite dropping five of their first seven matches to open the season, the Tigers bounced back in a huge way, rattling off 23-straight wins to mark the third longest streak in LSU athletics history. During that span, LSU picked up eight wins over ranked opponents, including five victories against top-10 competition.

The Tigers advanced to the semifinals of the CCSA Conference Championships, falling to Florida International to snap their winning streak.

LSU was seeded seventh by the selection committee at the NCAA Championships in Gulf Shores, Alabama, marking the program’s first-ever berth in the tournament. The Tigers finished the championships with a 1-2 record, picking up the school’s first-ever victory against No. 6 seed Long Beach State by a score of 3-2. With the win, LSU joined Florida State as one of just two teams from the East region to win a match at NCAA’s.

The Tigers concluded the season achieving their highest ranking in the polls, coming in at No. 6 in the standings of both the AVCA and DiG Magazine rankings. LSU also maintained a perfect record on it’s home turf and claimed four of its five away matches.

Individually, freshman duo Claire Coppola and Kristen Nuss appeared in all 35 matches alongside each other, making the jump to court one midway through the season. The pair finished the season compiling a team-high 27-7 record on the season with 18 wins coming at the one flight.

Overall, the duo notched nine wins against ranked opponents, including seven victories against top-10 competition. The pair also garnered one of the three points in LSU’s first-ever win at the NCAA Championships over Long Beach State.

Coppola and Nuss were selected to compete at the USA Volleyball Collegiate Beach Pairs Championships in Hermosa Beach, California, where they advanced to the round of 16, knocking off Florida State’s Vanessa Freire and Victoria Paranagua, as well as South Carolina’s Macie Tendrich and Katie Zimmerman.

At the two, Emmy Allen and Maddie Ligon partnered at the Battle on the Bayou and closed out the season with a 7-4 record. Allen and Ligon were voted to the CCSA All-Tournament squad after finishing the conference championships a perfect 5-for-5, including three wins over ranked opponents.

No. 3 pair Olivia Powers and Katie Lindelow notched an impressive 25-4 overall record, pacing the team with 10 wins against ranked opponents and collecting 12 wins in 13 matches against conference opponents. At the NCAA Championships, the duo tallied the match-clinching point at the three against Long Beach State in comeback fashion to deliver the Tigers’ first victory at the tournament.

Alongside Coppola and Nuss, Lindelow and Powers also took part in the USAV Collegiate Beach Pairs Championships, falling in the first three matches of the opening round of the tournament.

At the four, Cati Leak teamed up with Ligon to kickoff the season, combining for an overall record of 15-4. After a roster shakeup, Leak reunited with longtime partner Callan Molle on the back-end of the schedule to register a 9-3 record at the four flight, picking up three wins against ranked opponents.

Playing primarily at the five, Megan Davenport finished the season with a dominant 26 individual wins, including a 15-5 record alongside partner Riley Young and a 7-2 record with Molle. Davenport was also the only player to knock off both No. 1 USC and No. 4 UCLA during the season.

Four seniors, three of whom have been with the program since its inception, concluded their careers this season. Lindelow left the program as the all-time leader in match wins at 82 to cap off a stellar four-year career. Leak and Molle followed in second and third on the all-time wins list with 72 and 61 victories, respectively.

Emma Hiller also concluded her career appearing in seven matches in her final year, finishing with a 6-1 record.

Several Tigers also received postseason recognition for their performance during the season.

Head coach Russell Brock was named the CCSA Coach of the Year and the VolleyballMag.com Coach of the Year after helping to propel the Tigers to new heights, guiding them to the best record in program history and the school’s first appearance at NCAA’s.

In just their first collegiate season, Coppola and Nuss were also voted to the second team VBM All-American squad for their efforts to wrap up the historic year for the program.