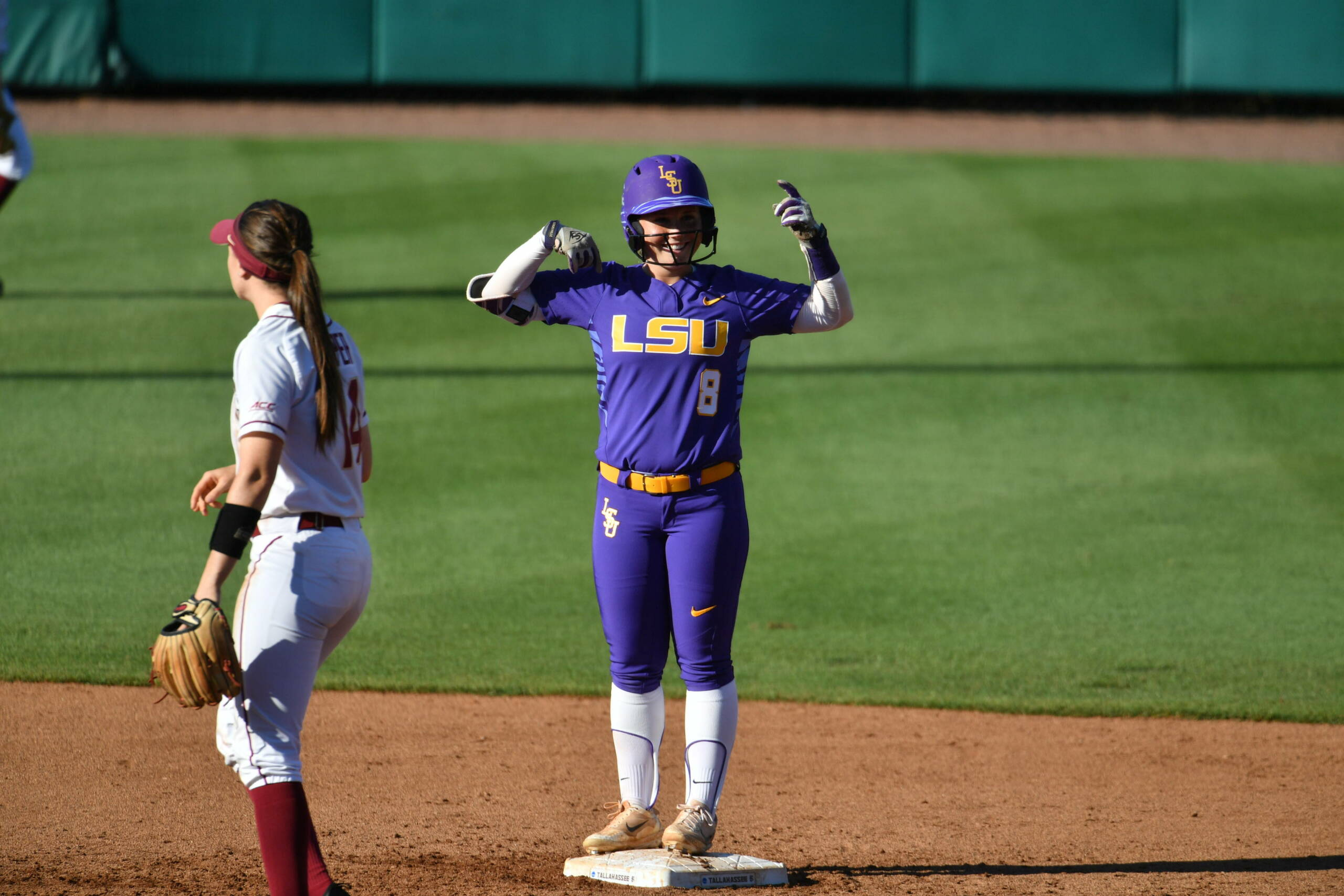 TALLAHASSEE, Fla. – At a 1-1 deadlock in the bottom of the sixth inning, fourth-seeded Florida State put up two runs on an RBI double and single to defeat 13th-seeded LSU, 3-1, and take the opening game of the Tallahassee Super Regional Friday afternoon at JoAnne Graf Field.

The Seminoles improved to 55-6-1, while the Tigers dropped to 45-20 with the loss. The two squads return to action at 2 p.m. CT Saturday on ESPN with the Tigers fighting to avoid elimination from the NCAA Tournament.

“This is a spot we have been in before and we are comfortable as we can be,” head coach Beth Torina said. “Our team knows that this is far from over. We have the ability to get this done.”

“Our offense did a good job and Florida State has a really good team. We have to keep making adjustments going forward. It’s about putting runs up, having solid at bats and playing good defense.”

Bailey Landry was 1-for-3 on the day. Landry led off the sixth inning with a single to right field. The hit marked the 289th for her career to secure second on LSU’s career hits list.

Florida State took a 1-0 lead after three innings. The nine-hole hitter Cali Harrods started the inning with a double down the right-field line. Morgan Klaevmann put runners on the corners after a bunt single and third baseman Jessie Warren plated the first run of the game with an RBI single past Amber Serrett‘s glove at short.

LSU evened the game in the top of the fifth inning. Serrett picked up the Tigers’ first hit of the afternoon on a single to center field. Serrett moved to second on a groundout and crossed the plate on a two-out RBI single by center fielder Emily Griggs to left-center field.

FSU regained the lead in the bottom of the sixth inning with two runs off of Hoover. Carsyn Gordon led off the inning with a single and moved to second on a wild pitch. Catcher Sydney Broderick gave the Seminoles the lead with a double off the wall in center field. Second baseman Ellie Cooper followed with an RBI single to right field to give FSU the two-run lead.