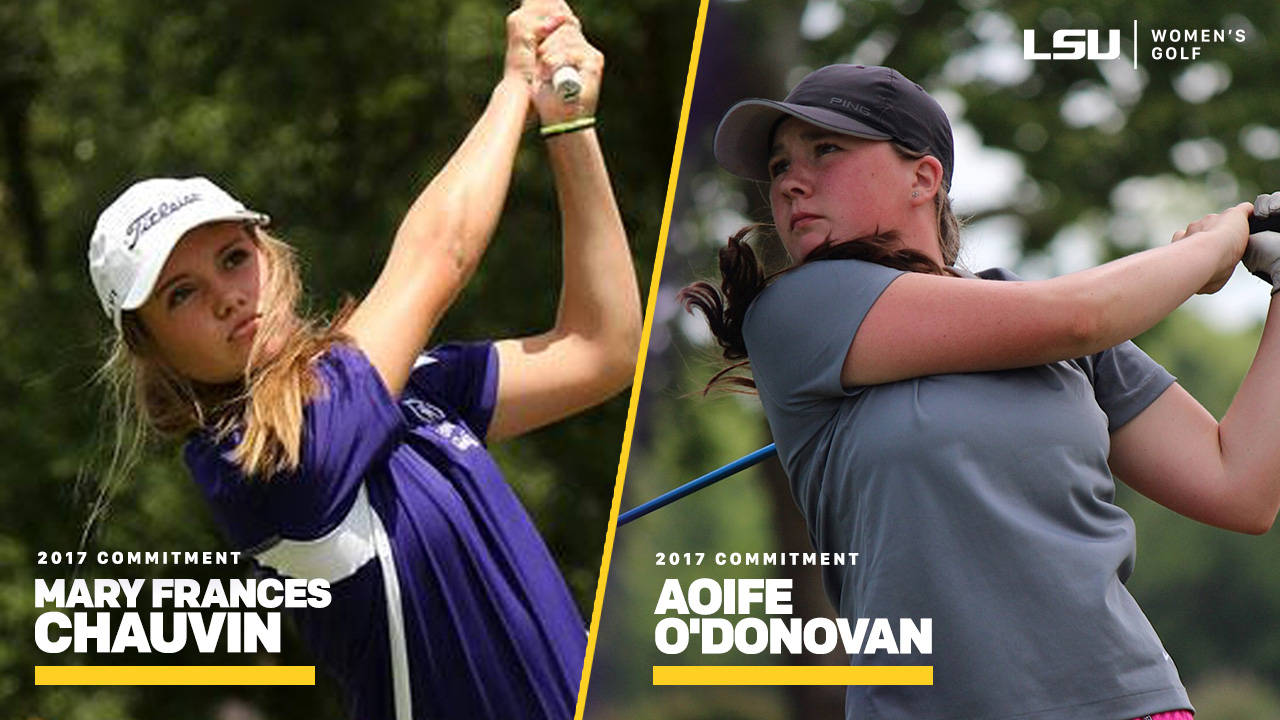 Mary Francis Chauvin of Hammond High Magnet in Hammond and Aoife O’Donovan of Neville High School in Monroe have completed their applications to attend LSU in the fall.

Chauvin was runner-up for the Division I state high school championship in 2014, captured the title in 2015 and 2016 before finishing third in 2017. Chauvin was third in the 2016 Louisiana Women’s Golf Association Junior Championships and won the 2017 Louisiana Champions Invitational in Marksville in her most recent outing, winning on the first extra hole of sudden death after making birdie on the final hole to tie.

O’Donovan was second in the state Division I championship in 2016 and eighth in 2017. She participated on the Hurricane Junior Golf Tour in 2016 where she had three top five finishes including the Major Championship at Bridlewood event in Flower Mound, Texas. O’Donovan shot rounds of 77-76 to win the 36-hole event at 153.

Both players were a part of the LWGA’s Junior Tri-State squad that defeated Arkansas and Mississippi in a Solheim Cup format.