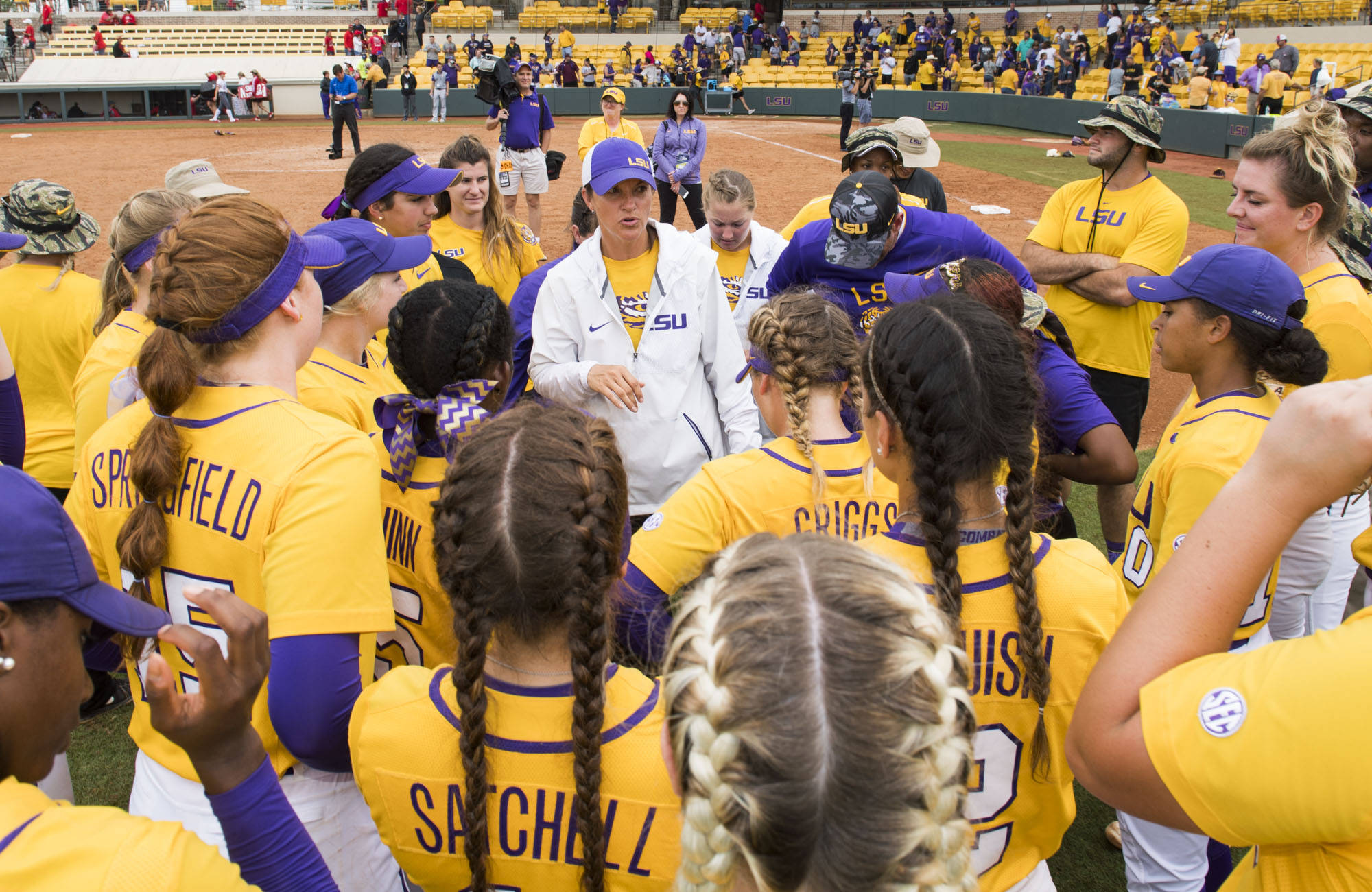 TALLAHASSEE, Fla. – A spot in the Women’s College World Series will be on the line this weekend when 13th-seeded LSU travels to face fourth-seeded Florida State here at JoAnne Graf Stadium on the Florida State campus.

First pitch between the Tigers (45-19) and Seminoles (54-6) is scheduled for 4 p.m. CT on Friday. ESPNU will televise the contest, which can also be seen on the Watch ESPN app. The game will be broadcast on the LSU Sports Radio Network (107.3 FM in Baton Rouge and www.LSUSports.net/live) with Patrick Wright calling the action.

“We are very honored to be part of the 16 teams that are left, and we are very excited to be here at Florida State,” head coach Beth Torina said. “We are really looking forward to a great weekend after a big and historic win for our program. We had a lot of players step up last weekend and do a lot of great things so hopefully we are prepared for this Super Regional matchup.”

Two wins over FSU would advance the Tigers to the sixth WCWS in school history and the fourth under Torina. In her sixth year in Baton Rouge and 10th overall, Torina would also reach the 400-win career milestone with a trip to Oklahoma City.

LSU advanced to Tallahassee after finishing the Baton Rouge Regional with victories over Fairfield, McNeese State and two wins over No. 14 UL-Lafayette. The Regional Championship marked an opportunity for the Tigers to advance to the sixth Super Regional in school history. LSU is 7-6 overall and 6-2 under Torina in this best-of-three series.

After an opening round win over Fairfield, the Tigers were forced to win three straight to fight out of the loser’s bracket. With their back against the wall, LSU combined to allow just three runs in a 10-1 win over McNeese State as well as 6-1 and 5-1 wins over the Cajuns.

Junior Carley Hoover was dominant in the circle for the squad during the Regional. In 19 innings of work, Hoover allowed just 12 hits and one earned run for a 3-0 record.

Center fielder Emily Griggs also swung a hot bat. Griggs totaled 12 hits in five games for a .667 average. During the final three games of the regional, Griggs totaled 10-straight hits at the top of the lineup. The Wichita, Kansas native became the second player in NCAA postseason history to have at least 10 straight hits.

Sahvanna Jaquish and Bailey Landry have been one of the best 1-2 punches in the nation. Landry owns a .412 average with a team-leading 87 hits. The senior has amassed 288 hits for her career and is just three shy of setting the school record for career hits.

Jaquish has been one of the most feared hitters in the country as she has been walked a school record 60 times this season. The catcher, who has just 12 stolen bases against her this season, owns the school record for RBI in a career with 263 and is three home runs from setting the career record at LSU.

This is just the sixth meeting between FSU and LSU. The Seminoles own a 3-2 advantage with the last meeting coming in 2013, a 5-4 LSU win in Tallahassee. FSU has yet to lose at home this season and has won its last 35 games at JoAnne Graf Field dating back to May 2016.

“We just try to go out and play ball,” Torina said. “It’s about taking it one pitch at a time and numbers like that don’t really affect us. We have been in similar situations like James Madison last year and Tennessee this year with impressive things. We feel like we have accomplished some impressive things too so we try to play one pitch at a time.”