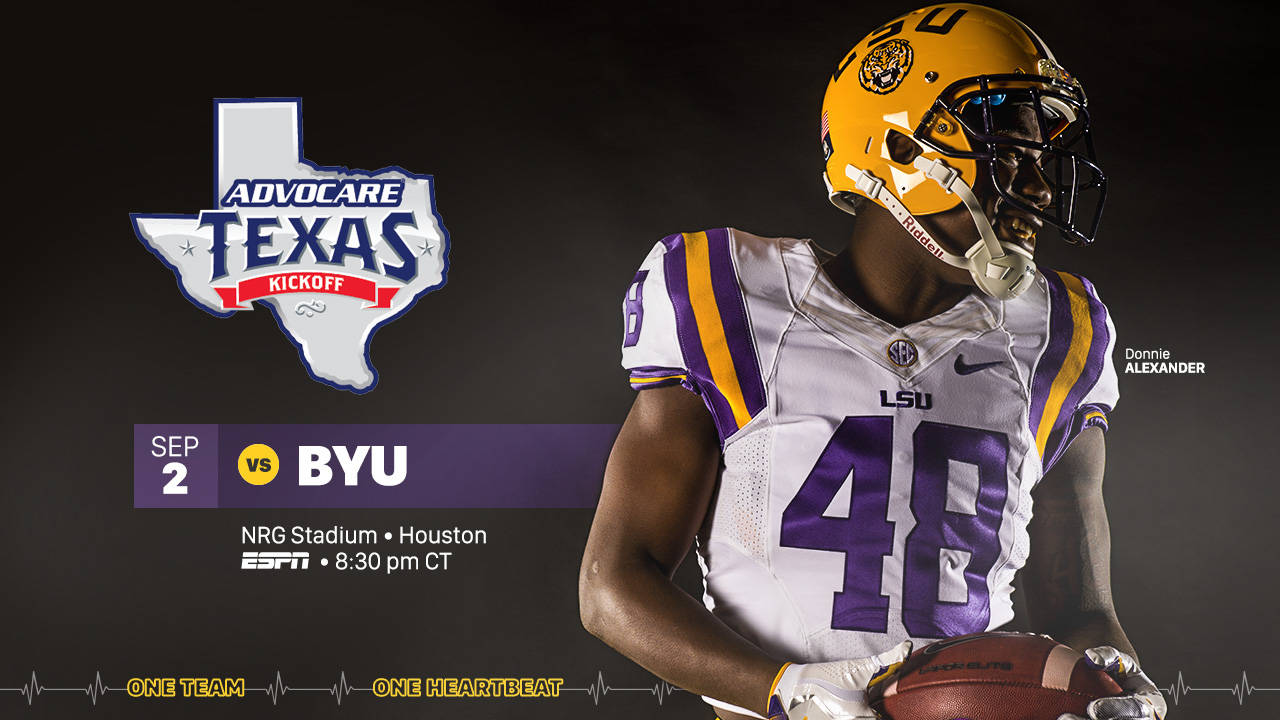 The 2017 AdvoCare Texas Kickoff, which kicks off in exactly 100 days, will be the first meeting on the gridiron between the Tigers and Cougars.

LSU Head Coach Ed Orgeron will begin his first full season at the helm in Baton Rouge after taking over midway through 2016 and finishing with a 6-2 record including a Citrus Bowl victory.

The Tigers opened the 2014 season with a 28-24 victory over Wisconsin in Houston’s NRG Stadium and wrapped up the 2015 season in the venue with a decisive 56-27 win over Texas Tech in the Texas Bowl.

NRG Stadium, which opened in 2002, features a retractable roof that has been closed for both of LSU’s appearances in the 71,795-seat arena.

If LSU’s 25,000-ticket allotment is not sold out to season ticket holders and students, these would go on sale to the general publish in mid-June on LSUtix.net.

The SEC also announced kickoff times for five other neutral-site games scheduled for the opening weekend of the college football season. Below is the full SEC football schedule for Aug. 31-Sept. 4, 2017.