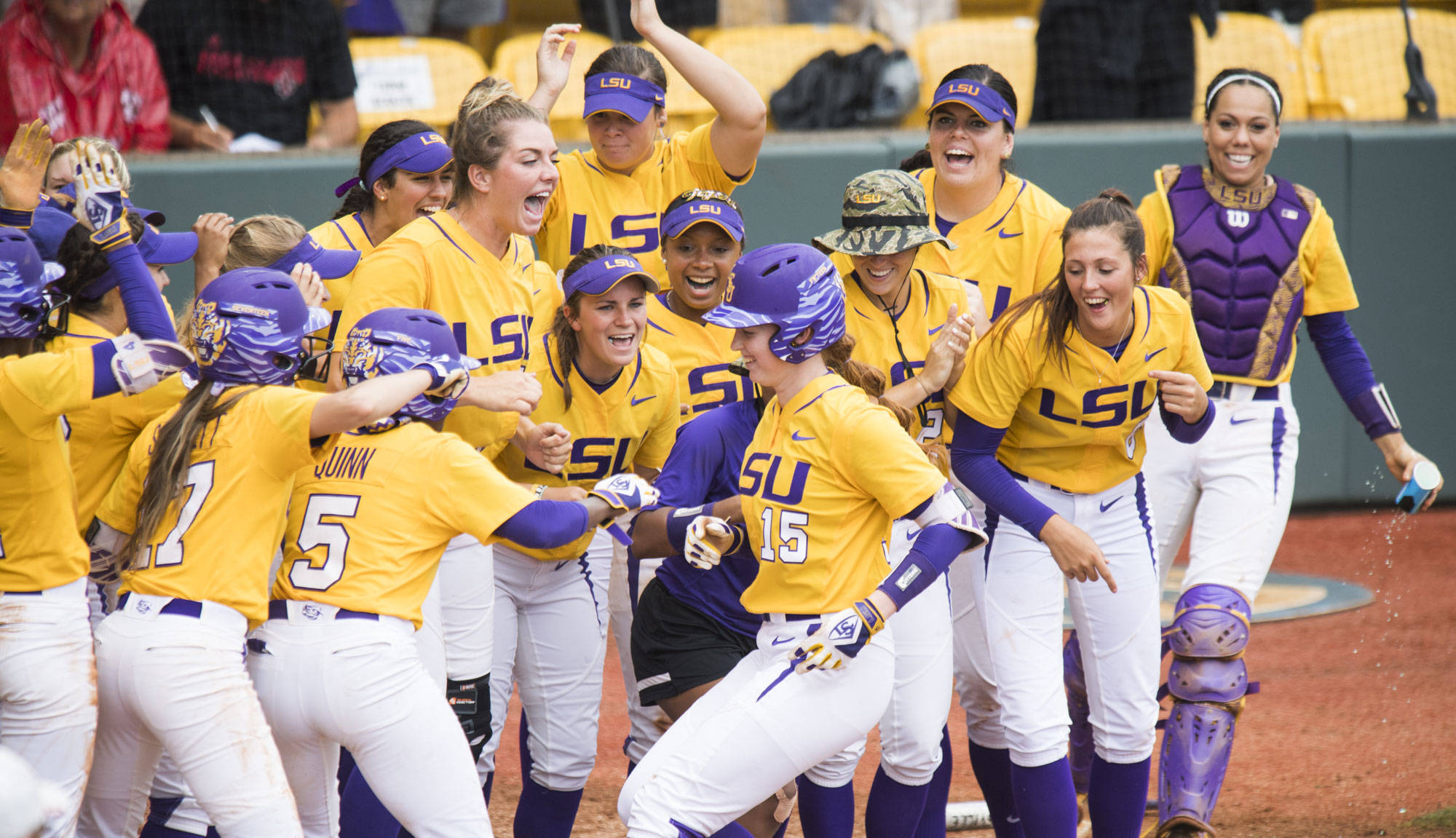 Amazingly when the LSU softball team boarded that bus the sun was shining. Yes, the sun does shine over Tiger Park on occasion. Just not during most of the weekend the team hosts a regional.

There will never come a day when the good softball programs in the state of Louisiana will call up the NCAA softball committee and tell them thanks, but it’s going to rain here this weekend, send us somewhere sunny. At least I sure as heck hope not.

Look, no matter how you stack it, that regional was another epic chapter of LSU softball. First of all, LSU beat a very good team in the championship round in UL-Lafayette. Second, you have to be a little bit more than tough to not just wither away in the malaise of starting and stopping and waiting (by the wait the total delays on both Saturday and Sunday were 6 hours and 29 minutes each day. I swear!).

But this LSU team did the things college kids do during rain delay. They watched other softball games. They ate. They kept their mind on business. Well, there was a brief hide-and-seek game on early Sunday evening, but by then I could have been imagining things.

But now it’s on to the Super Regional. Two wins from softball’s place everyone wants to play at in Oklahoma City. But like last year, the Tigers will have to go on the road and win two games in Tallahassee starting Friday afternoon. It won’t be easy.

LSU Coach Beth Torina wasn’t just blowing up the opponent when she said: “They are so complete. Honestly, they are so complete. They pitch. They can play defense. They can swing for power. They can run. They are a very complete team. They don’t have a weakness so we are going to have to play great softball. We are going to have to play LSU softball and do the things we do well and hopefully that’s enough.”

Last year, LSU won on the road at James Madison stunning sweep of a double header after losing on the first night. The win in the first game definitely propelled the Tigers to a second game win. Of course that means the NCAA would go and change the format (just kidding, the plan was already in motion) that Super Regionals would go three days. Frankly, I have to say why not. That’s how most leagues play their conference sets these days anyway.

I think the format will be fine. It’s better for teams that have just one pitcher, but that’s not a problem with LSU’s loaded pitching staff.

“The key is I’m confident in all of them,” the LSU coach said. “I think everyone is prepared and everyone is ready. That’s the key and we’ll do whatever we need to do to win. I don’t walk in the door with a set feeling. Whatever happens happens.”

And whatever happens, LSU will be prepared to react to what happens and make it happen as best they can for them. That’s what makes the Super Regional so much fun to watch. It’s a battle to advance with an ultimate prize of a national championship still ahead. For the other …

Whether it takes two or three days, Geaux Tigers!