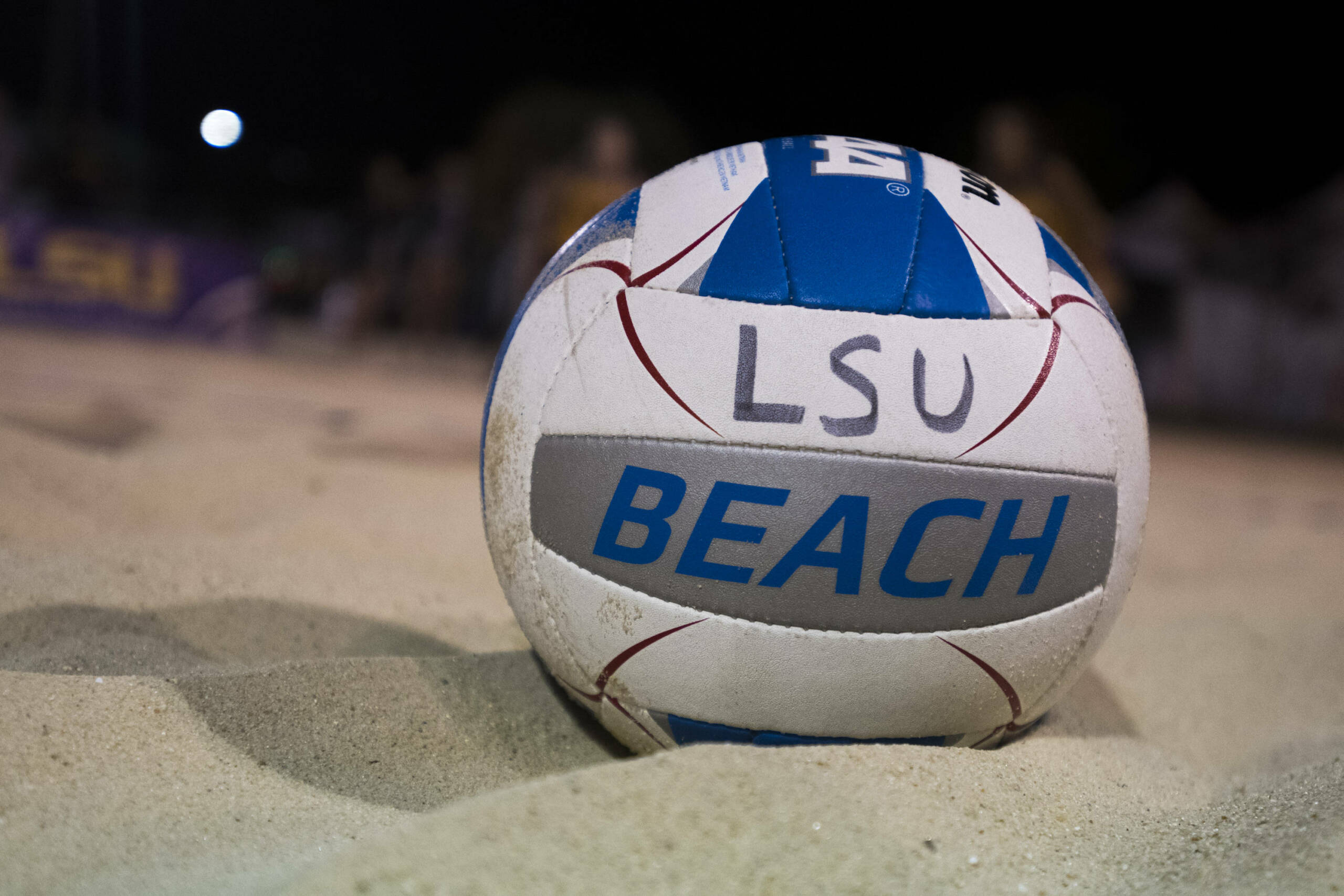 No. 1 pair Claire Coppola and Kristen Nuss were also named to the second team VBM All-America squad for their stellar performance this season.

“It’s cool to get the recognition. We put a lot of work into the season and to be able to be recognized for that by an organization is pretty special,” said Brock. “(VBM) has a good pulse of the volleyball community and scene on both the international and collegiate level. Their opinion is one that people recognize, and I’m honored.”

In his first season as head coach, Brock helped guide the Tigers to the best record in program history at 27-8 while also leading LSU to its first-ever berth at the NCAA Championships in Gulf Shores, Alabama.

The team collected 23-straight wins during the season, marking the third-longest streak in LSU athletics history. The Tigers finished the 2017 season earning their highest ranking ever, coming in at No. 6 in both the American Volleyball Coaches Association and DiG Magazine beach polls.
Brock was also voted as the Coastal Collegiate Sports Association Coach of the Year for his efforts.

In just their first collegiate season, Coppola and Nuss appeared in every match alongside each other, compiling a team-high 27-7 record. The duo notched nine wins against ranked opponents, including seven victories against top-10 competition.

The pair also garnered one of the three points in LSU’s first-ever win at the NCAA Championships over No. 6 seed Long Beach State. Coppola and Nuss were selected to compete at the USA Volleyball Collegiate Beach Championships in Hermosa Beach, California, where they advanced to the round of 16, knocking off Florida State’s Vanessa Freire and Victoria Paranagua, as well as South Carolina’s Macie Tendrich and Katie Zimmerman at the tournament.

“We feel like they deserve the recognition for the way that they played this year. As freshmen, they were going to be put in challenging positions,” added Brock. “It’s a big jump going from junior ball to the college game. For them to start the season and progress and gain responsibility, it says a lot about their ability to take instruction and put it into practical use.”

“They don’t shy away from the big stage, and it was fun to see them in that environment. I think that goes a long way toward people respecting them for the players that they are and how well they performed on the biggest stage.”