A Letter from Joe Alleva 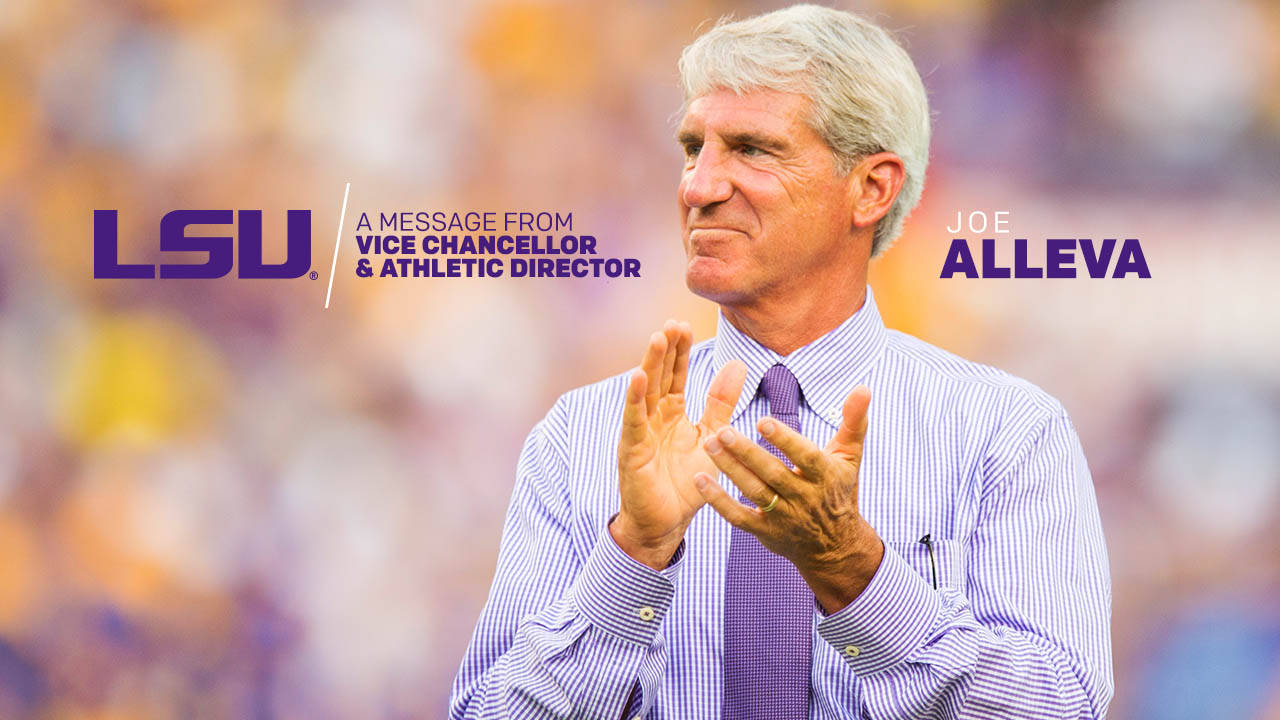 To the LSU Family:

With summer just around the corner, LSU fans have a lot to cheer for right now. Baseball, softball, track and field and men’s golf are all once again competing at an elite level and there are numerous opportunities for Tiger fans to cheer and support our student athletes as they look to bring championships to LSU.

Coach Paul Mainieri and the baseball team are at it again with a late-season surge winning their 17th SEC championship last weekend with a three-game sweep of Mississippi State. The Tigers are in Hoover this week for the SEC Tournament and are in strong contention for their sixth consecutive National Seed in the NCAA Tournament.

We anticipate Alex Box Stadium will be selected as an NCAA Regional host site this Sunday, May 28, with regional play scheduled to begin next Friday, June 2. Season ticket holders may reserve their tickets now for any postseason games played in Alex Box Stadium. I encourage you to visit LSUtix.net to reserve your tickets.

Over at Tiger Park, head coach Beth Torina has also established an elite program that sustains excellence and annually contends for championships. The team has advanced to the NCAA Super Regional for the third consecutive season. The Tigers will play at Florida State in a best-of-three series beginning Friday in Tallahassee, Fla, as they look to make their third straight appearance in the Women’s College World Series in Oklahoma City.

Excellence also perfectly describes our men’s golf program under coach Chuck Winstead who led the Tigers to the 2015 NCAA title and has his team in position to win another national crown. The Tigers won a school record six tournaments this season and last week won the NCAA Regional at the University Club course in Baton Rouge, defeating a very strong field that included 2016 NCAA champion Oregon. The Tigers seek their second national title in three seasons beginning this Friday at the Rich Harvest Farms Golf Club in Sugar Grove, Ill.

National titles are also in sight for Coach Dennis Shaver‘s men’s and women’s track and field teams who are participating in this weekend’s NCAA East Regional Meet in Lexington. The Lady Tigers, ranked third in the nation, and the men, ranked seventh, will compete for the right to advance to the semifinal and final rounds of the NCAA Track and Field Championships in June.

To sum up, it’s a good time to be a Tiger fan and I want to thank each of you for your passion and continued support of Tiger athletics.