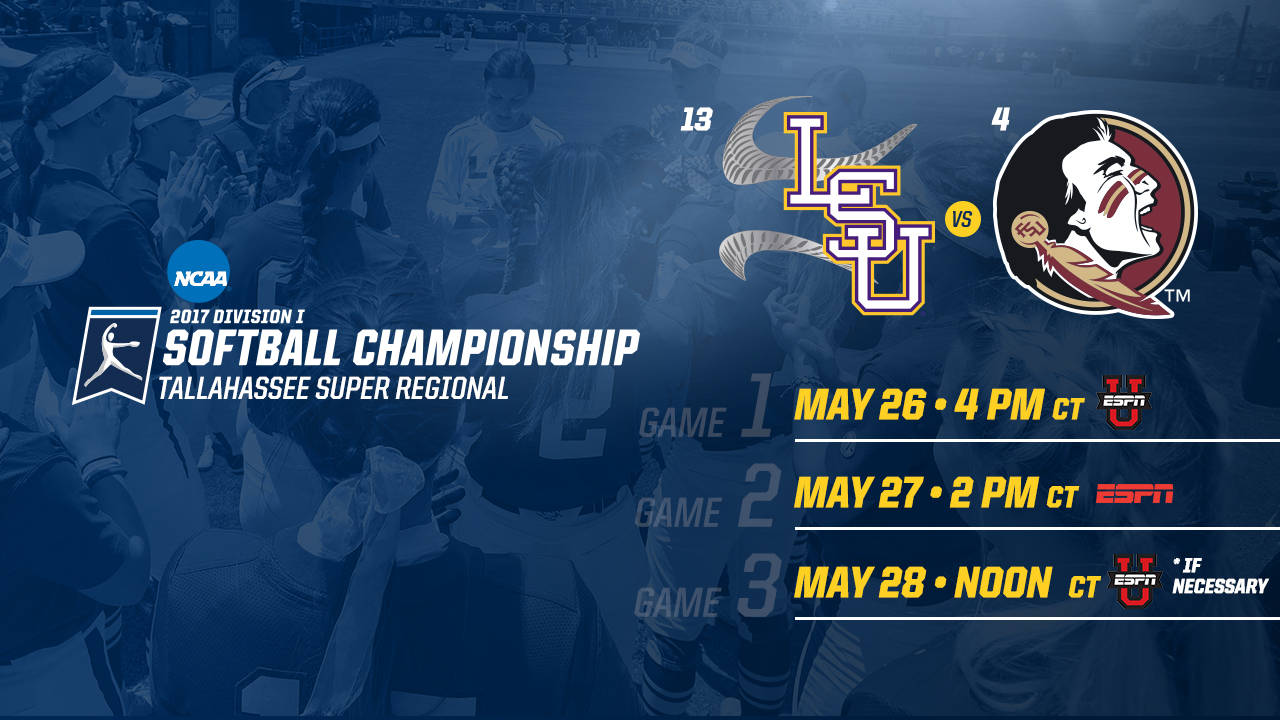 BATON ROUGE – Game times for LSU’s NCAA Super Regional matchup against Florida State in Tallahassee have been set with game one between the Tigers and Seminoles is scheduled for 4 p.m. CT on Friday.

The Best of Three series between LSU (45-19) and Florida State (54-6-1) will be held at the Seminole Softball Complex. Game two is scheduled for 2 p.m. on Saturday, May 27 with game 3 set for noon on Sunday. Tickets for the game can be purchased online at www.Seminoles.com.

ESPNU will televise the games on Friday and Sunday, while Saturday’s contest will be on ESPN. All three games can also be seen on the Watch ESPN app.

The Tigers are scheduled to depart Baton Rouge on Wednesday afternoon with Thursday designated as a practice and press conference day for both teams.

The winner of the LSU-Florida State series will advance to the Women’s College World Series, which runs from June 1-7 in Oklahoma City, Okla.