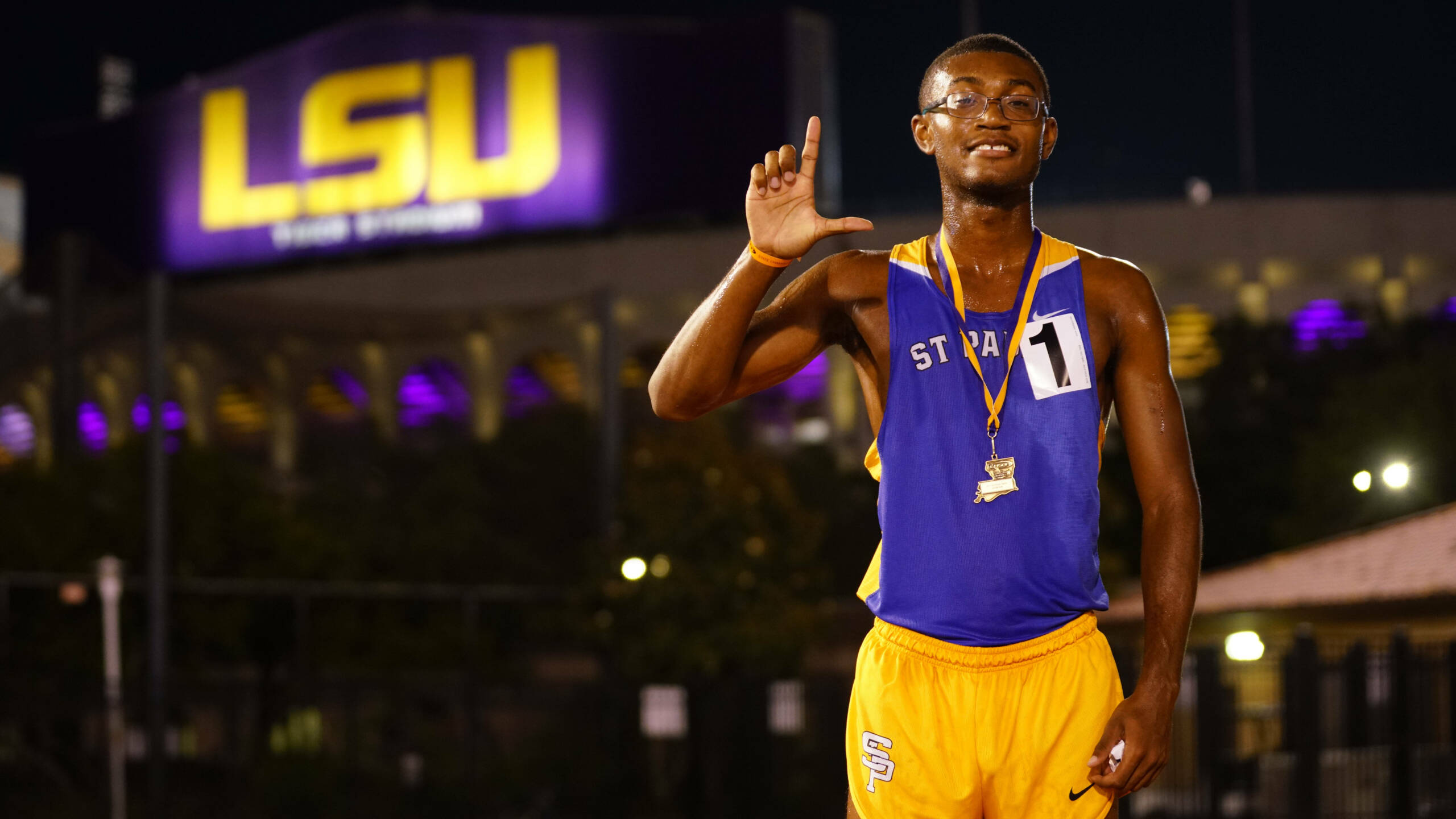 BATON ROUGE – Members of LSU Track & Field’s heralded 2017 recruiting classes have certainly made their mark at state championship meets in Florida, Texas and Louisiana in recent weeks with seven future Tigers and Lady Tigers combining for 10 state titles to cap their senior seasons at their respective high schools.

LSU has signed a diverse class of recruits and their 10 state championship performances were won across five different event areas in the sprints, hurdles, middle distance and distance races and jumps.

Texas’ University Interscholastic League State Track & Field Championships at Mike A. Myers Stadium in Austin was the site of many of the nation’s best performances during the 2017 high as Vincent, Jr., McKnight and Young each joined in the action with their title-winning performances.

Vincent, Jr., successfully defended his Texas Class 6A state title in the 200-meter dash with a new wind-legal personal best of 20.71 seconds (+1.6) while also running on Port Arthur Memorial High School’s 4×100-meter and 4×200-meter relays that rewrote the national record books. His 20.71 to win his second-straight 200-meter title ranks No. 1 nationally among high school seniors and No. 4 among all classifications.

Young enjoyed a record-setting performance of her own as her winning personal best of 40.97 to claim the Texas Class 6A title in the 300-meter hurdles set a new UIL Championships record in the event. Young also ran a wind-legal personal best of 13.44 (+1.3) to win the Class 6A silver medal in the 100-meter hurdles as the top dual hurdler in the state of Texas in the Class of 2017.

Milan Young won the 300mH and got 2nd in the 100mH at state https://t.co/dzkCn2QTXL pic.twitter.com/4MdIcsLKhX

McKnight eclipsed the 42-foot mark in the triple jump for the second time this outdoor season as she soared a wind-aided 42 feet, 1 ½ inches (+2.3) to win her first career Texas Class 6A state championship. A native of Denton, Texas, and product of Marcus High School, McKnight recently jumped a PR of 42-2 ½ at her district meet to rank No. 6 nationally among all classes and No. 3 among the Class of 2017.

Thomas is certainly one of the top sprint hurdlers in the Class of 2017 on the men’s side with a seasonal best of 13.43 (+1.1) from the Texas Relays in March that remains the No. 3-ranked time in the country in the 2017 season. He was recently crowned Florida’s Class 3A State Champion for a third time at Northeast High School while running 13.94 (-0.6) in the final at the state meet.

Entering his senior season with back-to-back Class 2A sweeps in the 1,600 meters and 3,200 meters in 2015 and 2016, Coston did the double for a third time as he won his eighth and ninth career state titles running with St. Paul’s School. The Covington native even clocked a three-second personal best of 9:11.56 in the 3,200 meters to close out his senior season.

O’Donoghue, who posted a lifetime PR of 5-9 ½ to win her second career high jump title at the LHSAA Indoor State Championships in February, finished off her prep career at Denham Springs High School with a fourth-straight Class 5A title outdoors to remain unbeaten at the state meet. Stamey took home a sixth career state title with a win in the Class 2A 1,600 meters along with a silver medal in the 800 meters and bronze medal in the 3,200 meters in her final state championship appearance with Episcopal High School.

Look at that @DSHSJackets girl @_abigailreese_ killing it in high jump #again at the @LHSAA state championship! pic.twitter.com/YlZcfGAzUO