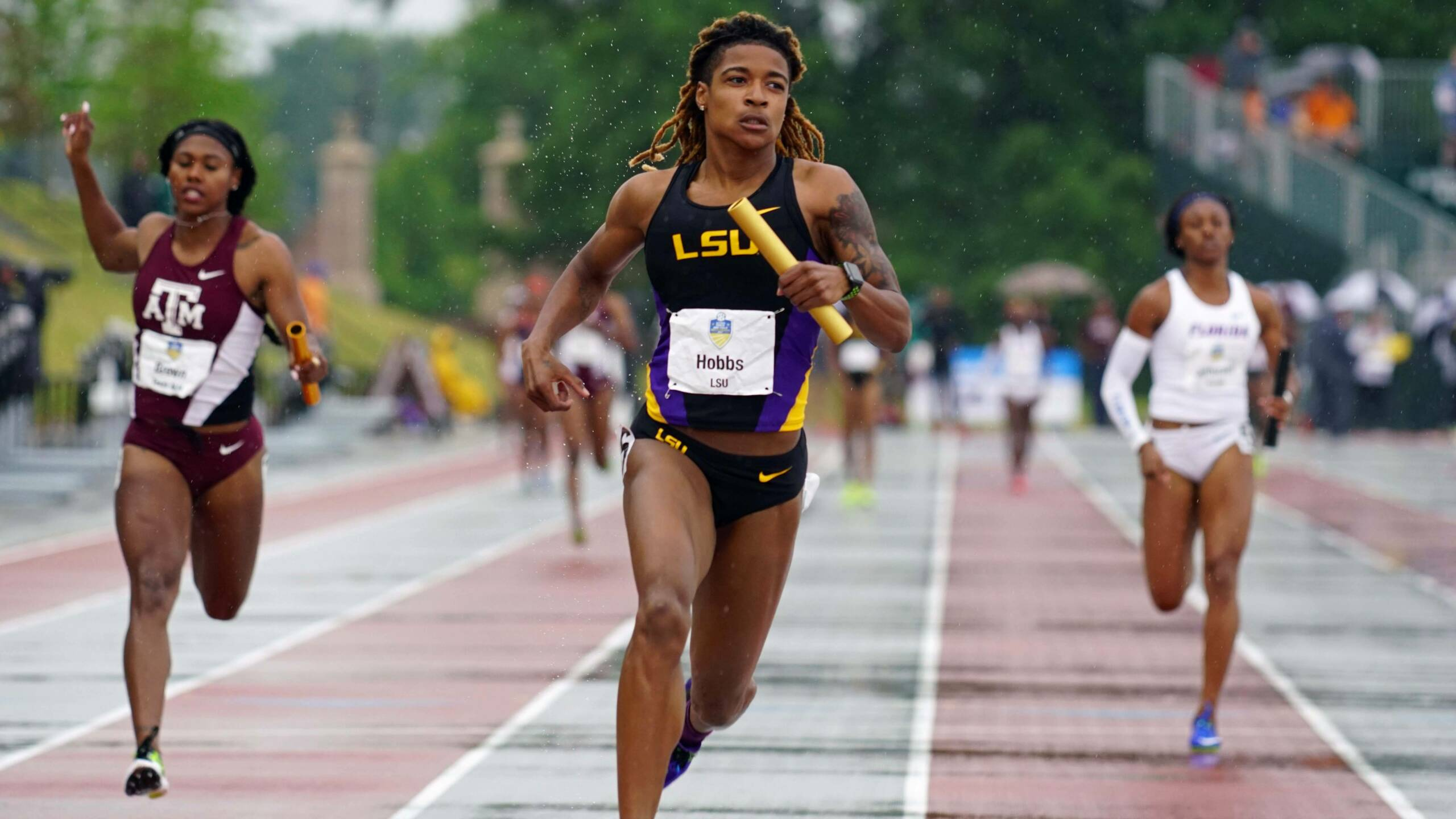 A native of New Orleans and product of McMain High School, Hobbs emerged as one of the World’s leading sprinters in 2017 with her performance at the inaugural SEC Relays on April 29.

Hobbs certainly stole the show at the Bernie Moore Track Stadium as she anchored LSU’s team to a collegiate-record-tying 42.12 seconds in the women’s 4×100-meter relay before taking home the title in the women’s 100 meters with the second-fastest time in NCAA history at 10.85 (+2.0) later in the day.

Hobbs teamed with junior Mikiah Brisco, sophomore Kortnei Johnson and senior Jada Martin to equal Oregon’s collegiate record of 42.12 set earlier this season as the two teams emerged from the weekend at No. 1 in the NCAA rankings for 2017. Hobbs’ 10.85 in the 100-meter dash also moved her past Oregon’s Deajah Stevens (11.00) for the NCAA’s No. 1 ranking in the event this season.

Previously the World leader in the event this season, Hobbs now sits No. 2 on the global list in the women’s 100-meter dash after being surpassed by 2016 Olympic Champion Elaine Thompson of Jamaica, who posted a time of 10.78 at the IAAF Diamond League meet in Shanghai, China, on Saturday.

Hobbs raked in the awards in the week following the SEC Relays as she was named the NCAA Division I Women’s National Athlete of the Week by the U.S. Track & Field and Cross Country Coaches Association as well as the SEC Women’s Runner of the Week for her performance. She was also added to the latest 10-woman watch list for The Bowerman Award released May 3.

Hobbs has enjoyed a fast start to her championship season at LSU as she recently anchored the Lady Tigers to a defense of their SEC title in the 4×100-meter relay with a championship record of 42.56 before also taking home the SEC crown in the 100 meters in Saturday’s finale at the 2017 SEC Outdoor Track & Field Championships in Columbia, South Carolina.

This marks the second time in her career that Hobbs has been selected as the Greater New Orleans Amateur Athlete of the Month as she also received it in July 2014 while a member of New Era Track Club.