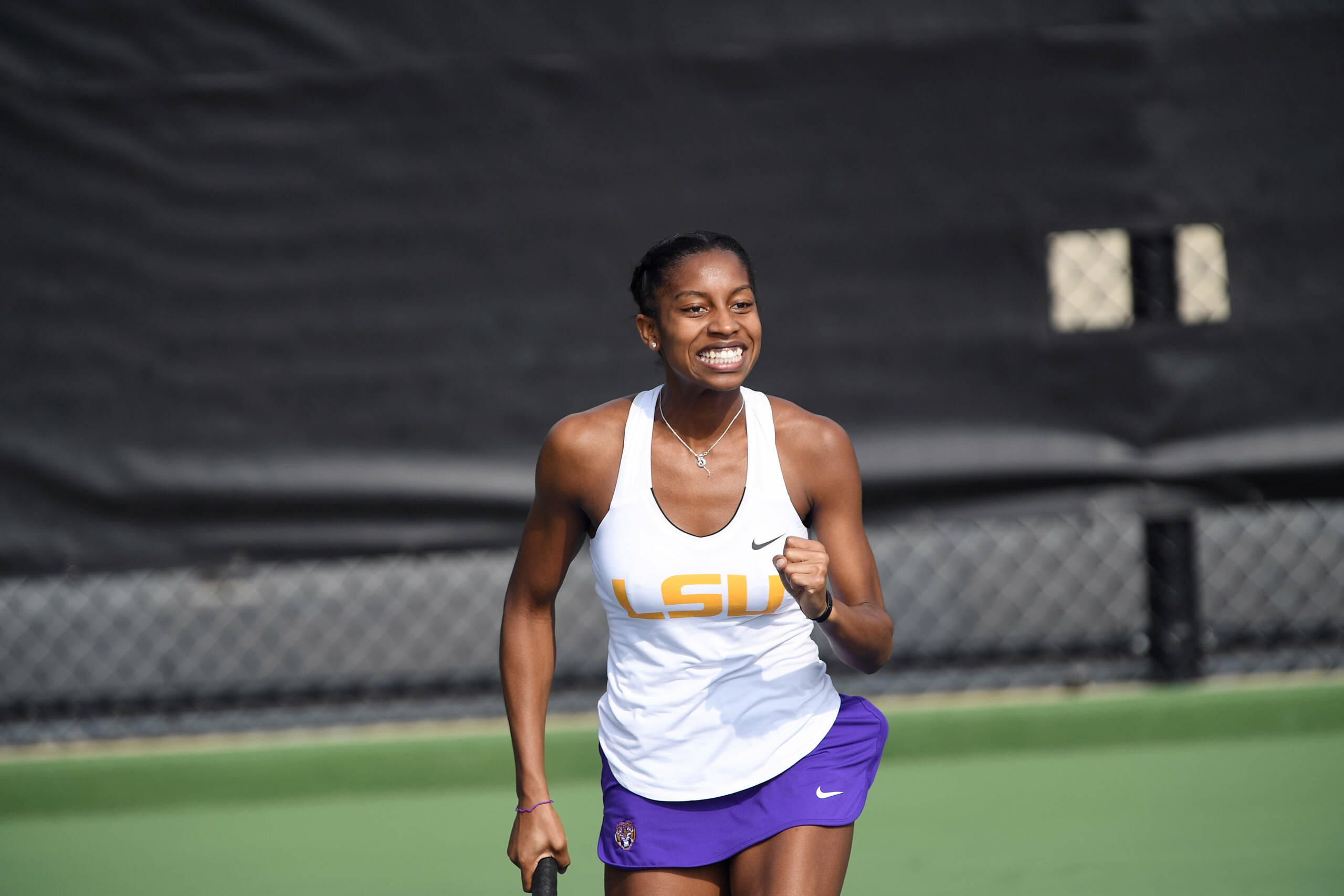 BATON ROUGE — LSU women’s tennis freshman Jade Lewis was named both Rookie of the Year and Player to Watch while senior Skylar Holloway was named Most Improved Player in the Southern Region, the Intercollegiate Tennis Association announced Tuesday.

The ITA is divided into 12 regions with LSU falling in the Southern region along with every other Division I school located in Louisiana, Mississippi and Alabama.

Lewis recently clinched a comeback 4-3 win over No. 40 Tulsa to send the Tigers to the final match of the Berkeley regional in the second round of the NCAA Tournament and owns a 16-6 dual record in her freshman season.

Lewis has ten wins against ranked opponents on court one and is currently ranked as the No. 11 singles player in the nation. She is set to compete in the NCAA Singles Championships beginning May 24 in Athens, Georgia.

The ITA Most Improved Player award is given to a player who is in their senior year of eligibility and has improved the most over the course of their collegiate career, contributing to their team in terms of leadership, sportsmanship and performance.

Holloway has been a consistent and outstanding presence in the Tigers’ doubles lineups in her four years at LSU and leads the team with 15 overall doubles victories this season, with two coming against ranked doubles pairings.

The Washington, D.C. native has also delivered some incredibly clutch performances for the Tigers over the years, clinching a win over No. 7 Texas A&M in her sophomore season to send the Tigers to just their third SEC Tournament semifinals in program history.