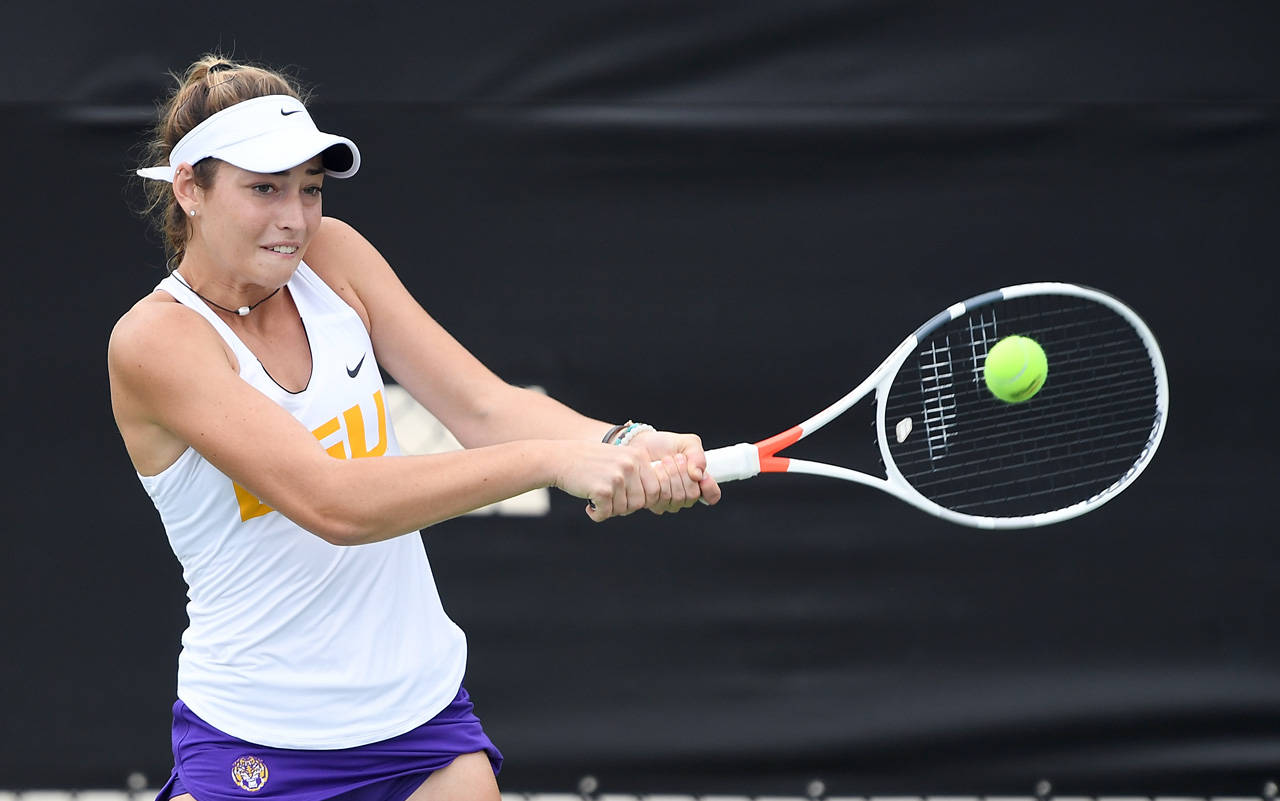 BATON ROUGE — The LSU women’s tennis team had three players named to All-Louisiana teams and freshman Jade Lewis was named both Louisiana Player of the Year and Louisiana Freshman of the Year, the Louisiana Sports Writers Association announced Sunday.

This is the second year in a row that an LSU women’s tennis player has earned Louisiana Freshman of the Year after Jessica Golovin won the award last season.

Lewis is fresh off of clinching a comeback 4-3 win over No. 40 Tulsa to send the Tigers to the final match of the Berkeley regional in the second round of the NCAA Tournament and owns a 16-6 dual record in her freshman season.

Lewis has ten wins against ranked opponents on court one and is currently ranked as the No. 11 singles player in the nation.

The No. 46-ranked Valle Costa owns a 13-6 dual singles record with four wins over ranked opponents and leads the team with 78 career active singles wins.

After winning Louisiana Newcomer of the Year last season, Foster was named second team All-Louisiana for the first time in her career. The No. 105-ranked Foster owns a 16-6 dual singles record with four wins over ranked opponents and leads the team with 27 overall singles wins this season dating back to the fall.