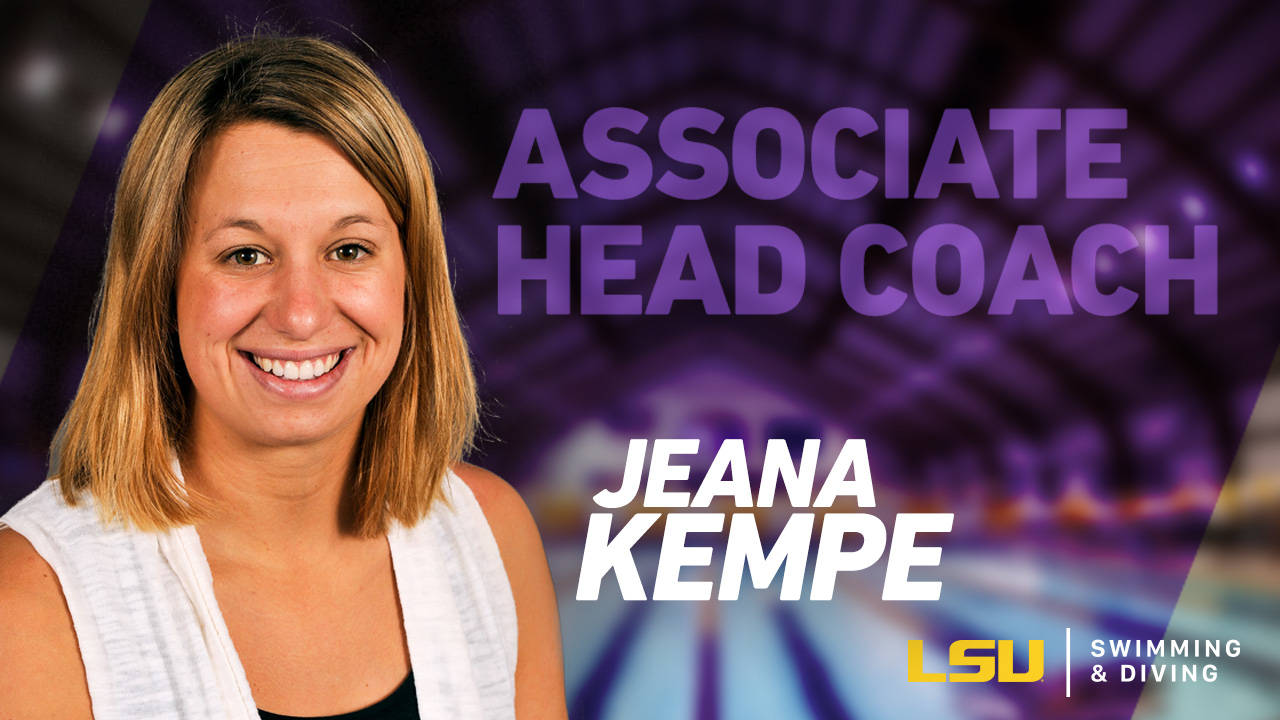 “For five years here, Jeana has shown tremendous growth within the sport of swimming and a massive commitment to learning and development herself,” said Geyer.

“I felt that the next step for her and our program was to elevate her in status and name her as the associate head coach.”

Kempe will continue to coach both the men and women’s teams and will have an expanded role in recruiting on the women’s side, while continuing to help with team dynamics and development.

“I’m honored and excited to accept this role. Over the last five seasons at LSU, I’ve grown a great deal on and off the pool deck. I want to thank Dave, our coaching staff, and our administration for entrusting me with this new title,” said Kempe.

“LSU and Baton Rouge have become home to my family and me. LSU is a special place that stays with you forever, and I’m honored to be able to share this place with our student athletes for years to come.”

Since joining LSU in 2012, Kempe has been instrumental to the success of the women’s team, helping lead them to a fifth-place finish at the 2015 SEC Championships to mark the best finish for the program since the 2011-12 season.

During Kempe’s five-year tenure, the women’s team has qualified an impressive 30 swimmers to the NCAA Championships. LSU also sent a program record 11 swimmers and divers to NCAA’s in back-to-back years under her watch in 2015 and 2016.

Bussey was a three-time NCAA qualifier and broke school records in the 200 breaststroke, 200 individual medley and the 400 medley relay.

MacKenzie qualified for the NCAA Championships twice during her career and holds top-10 times in the 100 and 200 breaststroke.

In four seasons under Kempe, Oquist developed into the top backstroke specialist in program history, breaking school records in the 100 and 200 backstroke and qualifying for the NCAA Championships in three-straight seasons.

In addition to working with Oquist, Kempe has contributed to O’Neil’s growth in breaststroke events. During her four years, O’Neil was a three-time qualifier at the NCAA Championships and leaves the program as the school-record holder in the 200 breaststroke with a time of 2:11.64.

O’Neil also holds the second-fastest time in the 100 breaststroke, becoming just the second Lady Tiger in school history to go below one minute in the event at 59.86.

“From a recruiting perspective, this gives her that ability to go into homes and have that leadership title. Hopefully for a long time following, this will be huge for the program,” added Geyer.