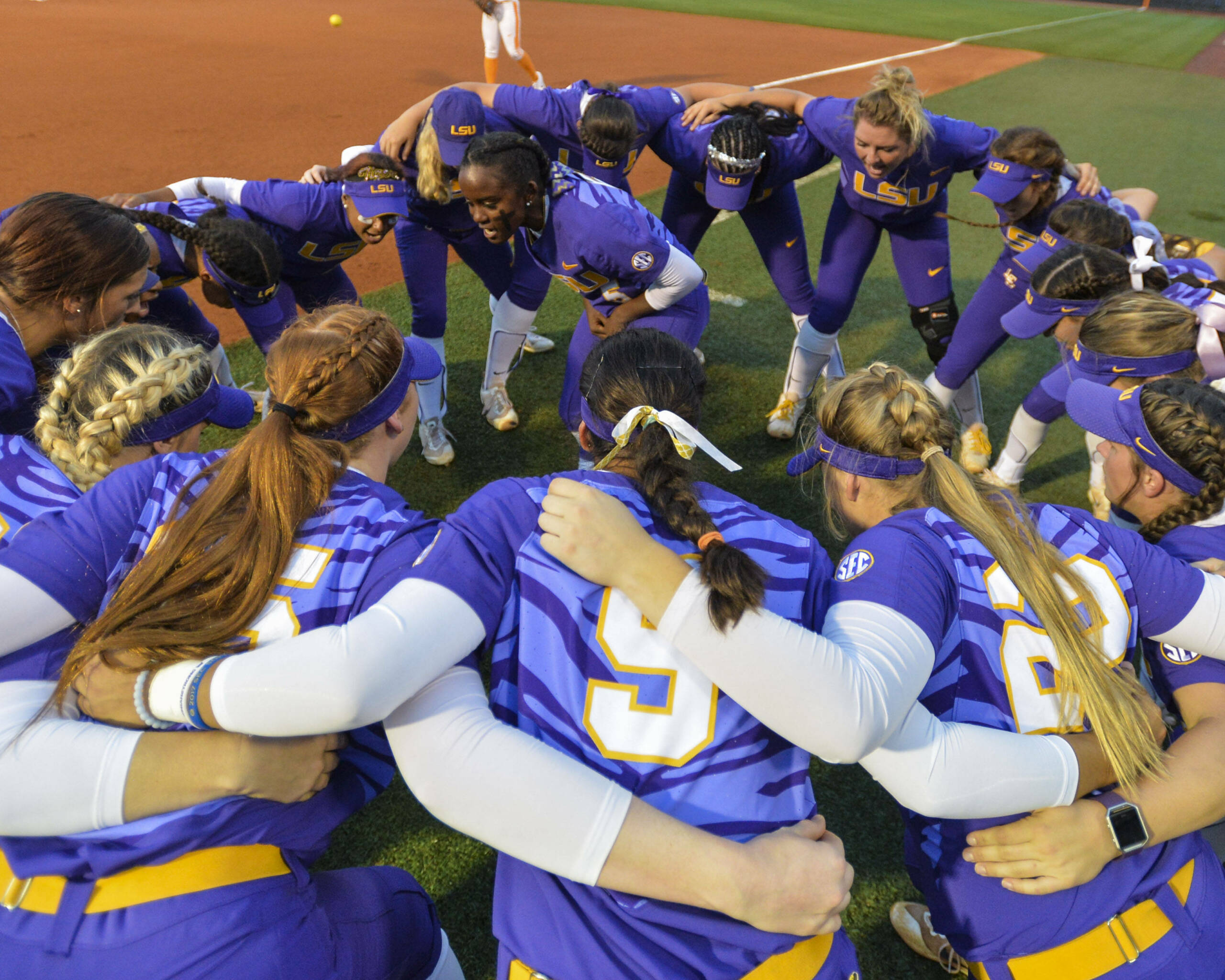 KNOXVILLE, Tenn. – Due to inclement weather in the Knoxville area on Friday, the 2017 SEC Softball Tournament Semifinals have been moved to Saturday, with LSU’s matchup against Auburn set for a 1 p.m. CT start at Sherri Parker Lee Stadium and will air on ESPN2.

With heavy rains and lightning forecast for much of the day Friday, SEC Tournament officials pushed back both scheduled games, which also included the first game of the day between Alabama and Ole Miss, which will now be played at 10 a.m. CT. That game will be aired on the SEC Network.

The winners of the two semifinal games will then advance to the SEC Tournament Championship Game, which is still scheduled for 7 p.m. CT on ESPN Saturday night. Beth Mowins, Michelle Smith and Amanda Scarborough will be on the call from Knoxville for all three games.

Patrick Wright will have coverage of the team’s quest for the title on Talk 107.3 FM locally in Baton Rouge, with free audio of the game at LSUsports.net/live.

Fans with tickets to Friday’s session five will be honored for the semifinal games on Saturday. Fans will need session six tickets to attend the championship game on Saturday night.