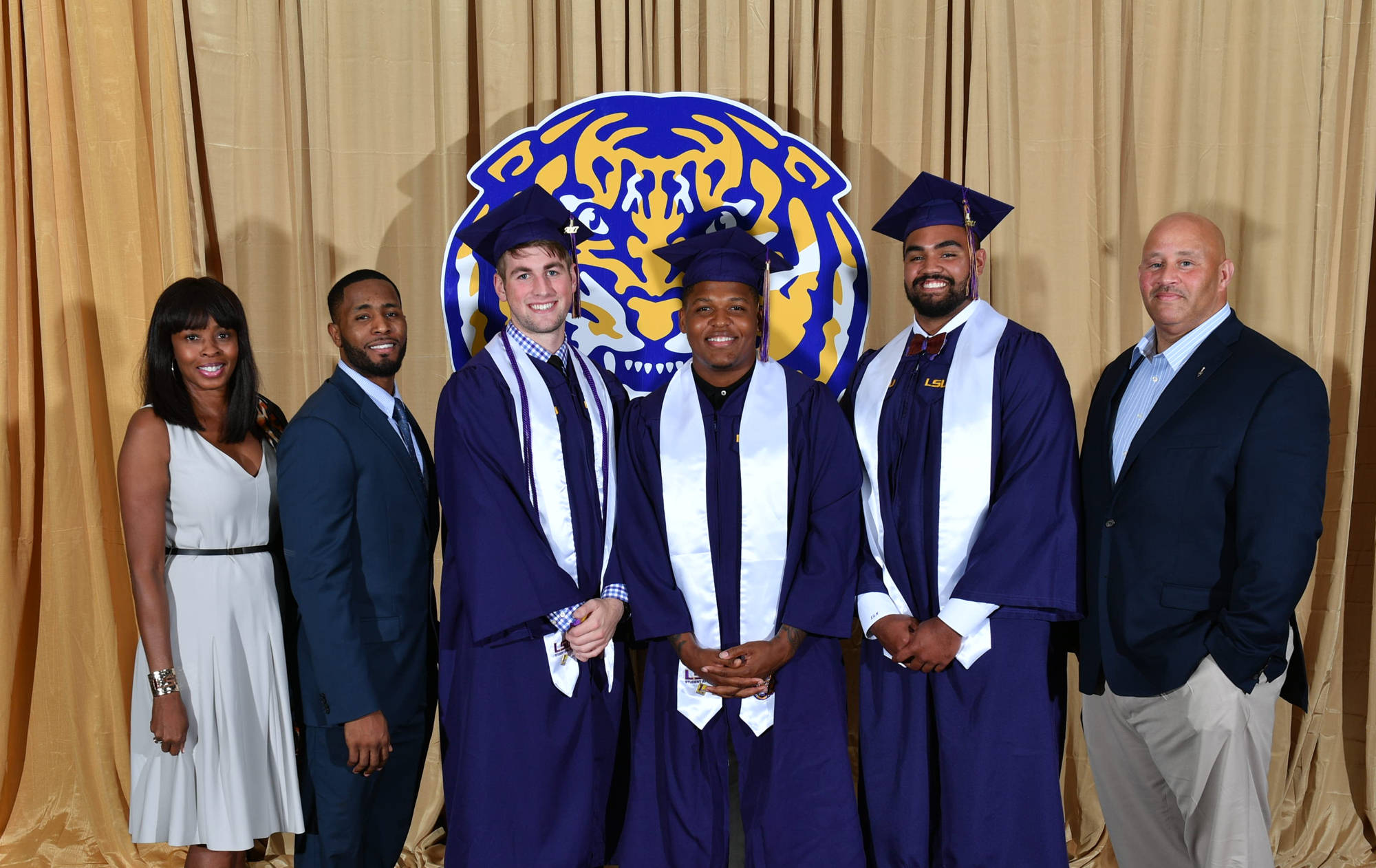 BATON ROUGE – Eight LSU football players, including three members of the 2017 team, received their college degree on Friday as the school held its spring commencement exercise on campus.

Among the list of Tiger football players who graduated on Friday include three current members of the LSU team – offensive tackle K.J. Malone, quarterback Danny Etling and linebacker Jonathan Rucker.

Malone, who enters his second year as a starter on the offensive line in 2017, and Rucker both graduated with degrees in interdisciplinary studies, while Etling graduated in mass communications. Etling, who started 10 games for the Tigers last year, including a 29-9 win in the Citrus Bowl. Rucker is a key special teams performer for LSU.