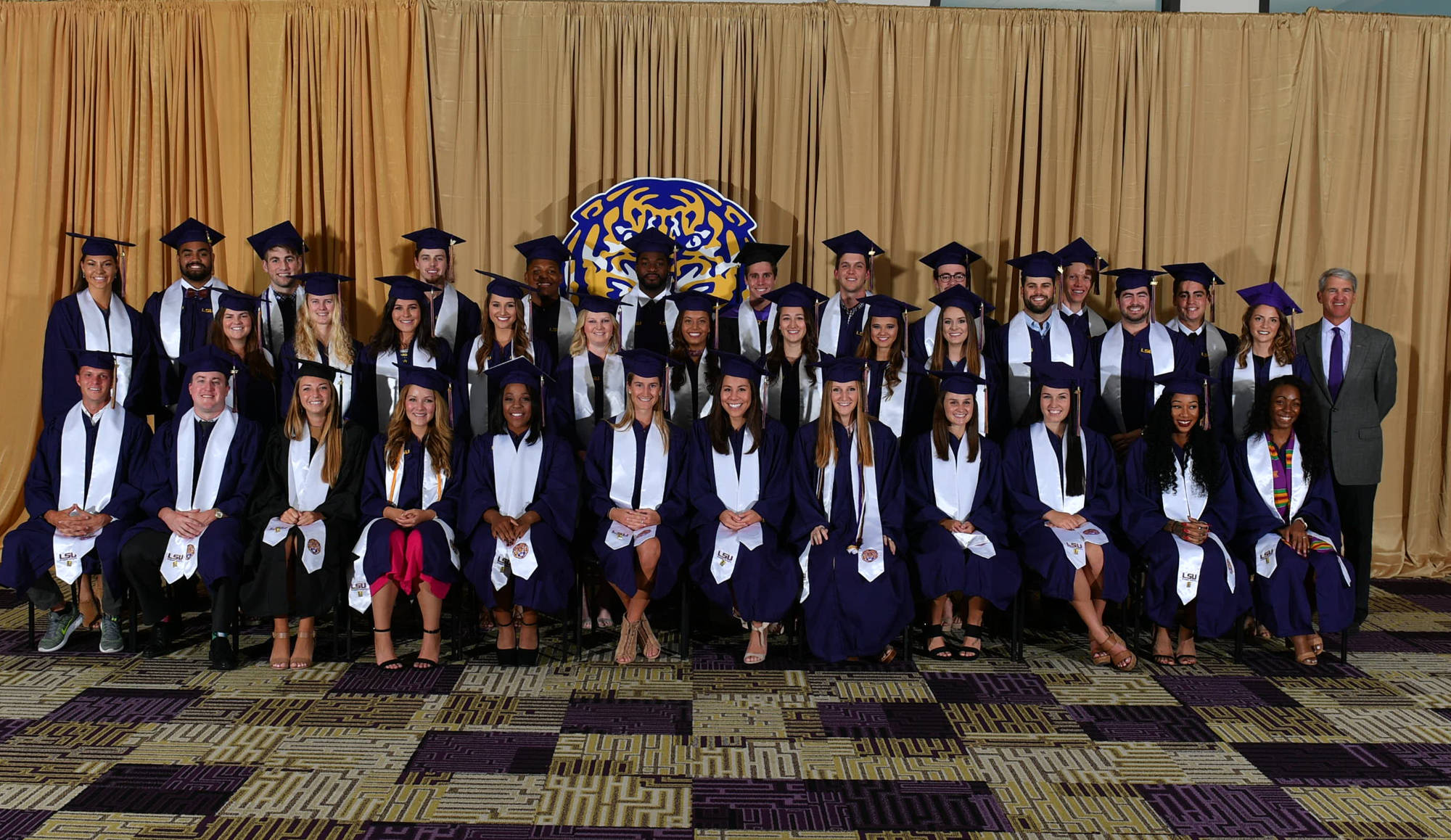 BATON ROUGE – A total of 66 LSU student-athletes were awarded their college degree on Friday as the university held its annual spring commencement exercise here on campus.

Of the 66 LSU student-athletes who graduated, 58 received their Bachelor’s degree with eight graduating with a Master’s degree. Overall, LSU issued a school-record 4,163 degrees on Friday.

“This is a very impressive list of student-athletes, many of which had great athletic accomplishments. But the accomplishment that I will always be most proud of is that they left LSU with a degree.”

LSU’s list of 2017 spring graduates include some of the best to ever play for the Tigers. Here a quick look at some of the student-athletes that graduated on Friday:

Nethaneel Mitchell-Blake (track and field) is a five-time Southeastern Conference champion and NCAA champion in the 4×100-meter relay. Mitchell-Blake is with the track and field teams at SEC Championship this weekend where he looks to defend his three league titles from last season. The England native represented the United Kingdom at the 2016 Olympic Games in Rio.

Rina Hill (women’s basketball) was a four-year letter winner for the Lady Tigers. She earned multiple academic honors, including four SEC Academic Honor Roll accolades. She was named Scholar-Athlete of the Year at the team’s post-season banquet in April. Hill is a member of the 2017 SEC Community Service team and served on the league’s Women’s Basketball Leadership Council. In her four years in the purple and gold, Hill scored 660 points and dished out 186 assists.

Ashleigh Gnat (gymnastics) completed one of the top careers in school history. Gnat won four SEC Championships, earned 17 All-America honors and was selected as the SEC Specialist of the Year and NACGC Central Region Gymnast of the Year the last two seasons. As leader in the gym, in the classroom and in the community, Gnat was selected as the winner of the AAI award which is given to the nation’s top senior gymnast.

Jared Poche’ (baseball) graduated on Friday morning and then will pitch the Tigers against Auburn tonight. Poche’ is just three wins away from tying Scott Schultz for the most victories by an LSU pitcher in a career.

Bailey Landry (softball) has started more than 200 games over her four-year career in the purple and gold, including every game her sophomore, junior and senior seasons. She’s currently with the softball team at the SEC Tournament where the Tigers have advanced to the semifinal round.

“We, in the Cox Communications Academic Center for Student-Athletes, are very proud of the Class of 2017,” Kenneth Miles, assistant vice chancellor of academic affairs and executive director of the Cox Communications Academic Center for Student-Athletes said. “Graduation is paramount to the next chapter in their lives because it symbolizes an ending and a new beginning simultaneously. These young men and women transformed the notion of what it means to be a student-athlete to scholar athletes who entered to learn and now they are leaving to serve. We certainly wish them well.”

The following is a complete list of LSU student-athletes that graduated on Friday: