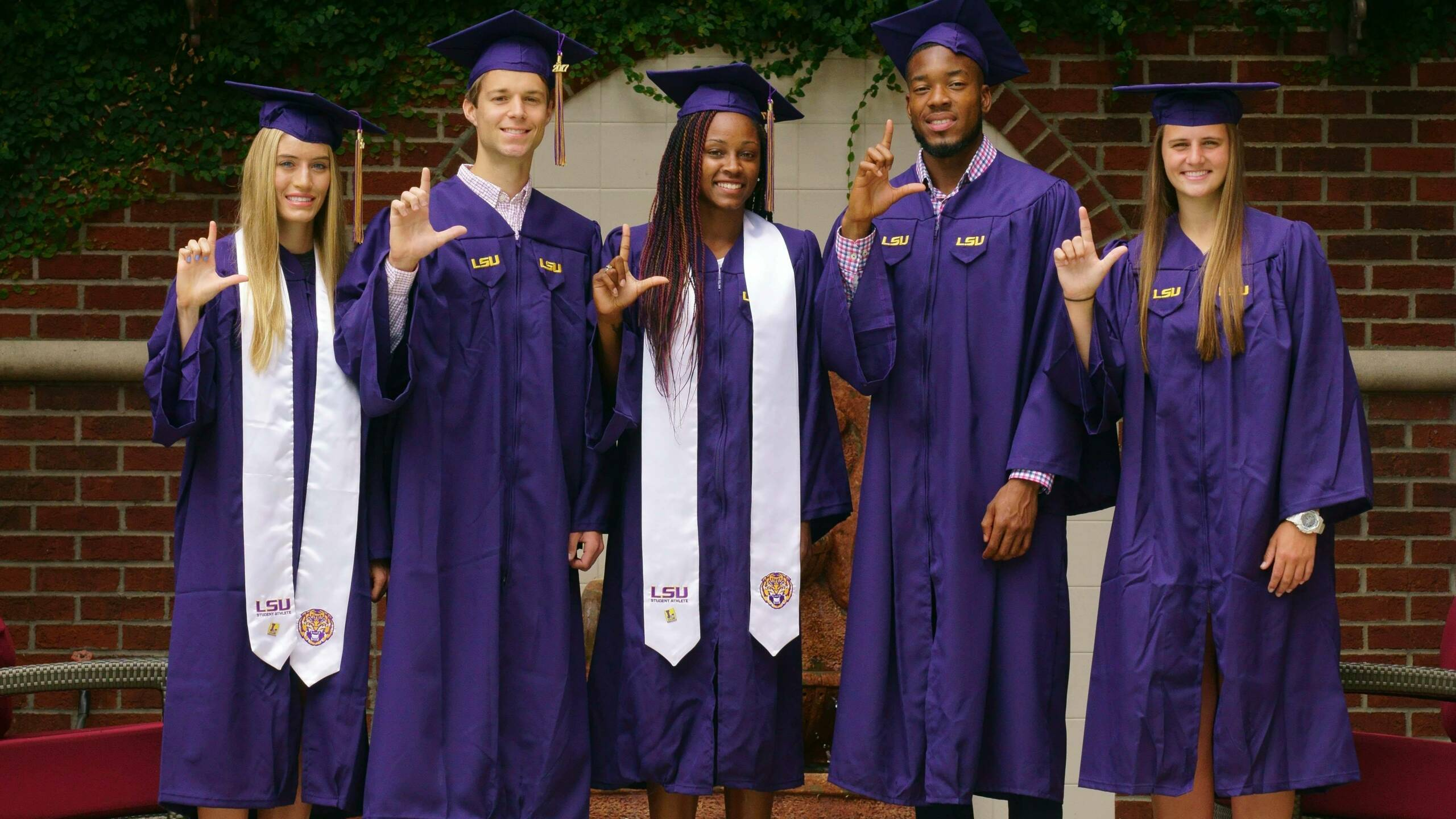 LSU Track & Field features more graduates than any other athletic program on campus this spring as baseball and swimming and diving follow with 10 graduates apiece on Friday. Football followed with seven graduates while beach volleyball, gymnastics and men’s golf included four each.

Mitchell-Blake lines up this weekend looking to defend three SEC Outdoor titles from a season ago as he swept the men’s 100 meters and 200 meters while also running on LSU’s winning 4×100-meter relay in 2016. The fifth-year senior also anchored the Tigers to the NCAA Championship in the sprint relay last June before running the 200 meters for Great Britain at the Rio Olympics.

A native of London, England, Mitchell-Blake is one of the most decorated sprinters of LSU’s recent history as a seven-time All-American, five-time SEC Champion and seven-time All-SEC performer since 2013.

Wales is the NCAA-title favorite in the women’s javelin in her final season as a Lady Tiger as she will step onto the runway at the SEC Championships as the national leader in the event with a career best this year of 188 feet, 0 inches to her credit. Already crowned an SEC Champion in the javelin as a sophomore in 2015, Wales is poised to earn All-America honors for the third time in her four seasons as a senior in 2017.

Friar is also a two-time All-American in her collegiate career as one of the nation’s top jumpers as she has scored for the Lady Tigers in both the long and triple jumps at the SEC and NCAA Championships during her LSU career. She owns lifetime bests of 21 feet, 0 ¾ inches in the long jump and 43-10 in the triple jump as she competes this championship season.

Schuetz is set to wrap up her career as one of the most decorated middle distance runners in the history of the Lady Tigers program as an SEC Champion and All-American in the 800 meters. The Baton Rouge native has earned six All-SEC honors in her time at LSU while running PRs of 2 minutes, 3.01 seconds indoors and 2:02.29 outdoors as one of the fastest Lady Tigers to ever line up in the event.

Schuetz will also go out as LSU’s indoor school record holder in the mile with a personal best of 4:38.45 set in earning All-SEC honors in the event as the SEC Indoor Silver Medalist for the 2017 season.

While Chanice Chase and Cyril Grayson wrapped up their athletic eligibility as seniors in 2016, both returned for a fifth season to complete their degree requirements this season as Chase earned a sports administration degree and Grayson received a kinesiology degree alongside their former teammates.

After winning four NCAA relay titles and seven All-America honors during his career with the Tigers from 2013-16, Grayson recently signed a contract with the NFL’s Seattle Seahawks after taking part in LSU’s Pro Day in April. He is now competing for a spot on the Seahawks’ roster during the team’s rookie minicamp.

Chase, a five-time All-American in her five seasons with the Lady Tigers from 2012-16, followed the 2016 collegiate season by representing Canada in the 400-meter hurdles at the Olympic Games in Rio de Janeiro.

Other current and former LSU Track & Field athletes claiming their college degrees in Friday’s graduation ceremonies include Shanekia Hall with a Master of Art in Education, Christian Brennan in sociology, Patrick Geers in general business, Danielle Mitchell in child and family studies, Rebecca Little in finance, Jenna Walker in petroleum engineering and Ashley Welborn in mathematics.