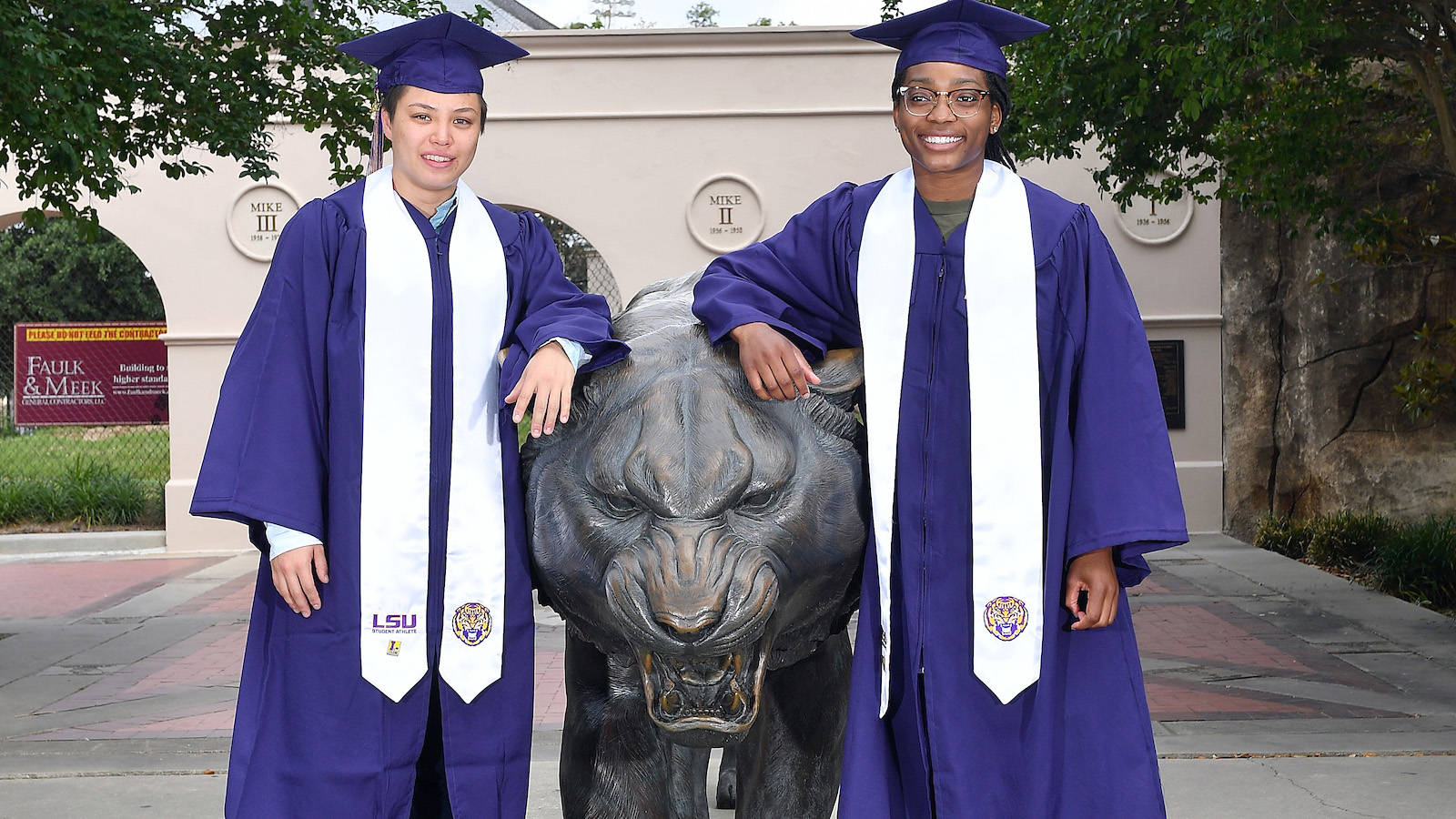 BATON ROUGE, La. – Rina Hill and Jasmine Rhodes are among the 66 LSU student-athletes slated to earn degrees in graduation ceremonies Friday at the Maravich Assembly Center.

Hill will earn a bachelor’s degree in general business. A native of Nagoya-Shi, Japan, Hill was a four-year letter winner for the Lady Tigers. She earned multiple academic honors, including four SEC Academic Honor Roll accolades. She was named Scholar-Athlete of the Year at the team’s post-season banquet in April. Hill is a member of the 2017 SEC Community Service team and served on the league’s Women’s Basketball Leadership Council. In her four years in the purple and gold, Hill scored 660 points and dished out 186 assists.

Also a four-year letter winner for the Lady Tigers, Rhodes will earn a bachelor’s degree in sports administration. Rhodes has been a solid contributor, seeing action in 122 total games. The Mobile, Ala., native logged 430 points, 300 rebounds and 112 steals during her career. Rhodes started 14 games during the 2016-17 season and helped her squad to an NCAA Tournament berth. Rhodes and Hill saw action in three NCAA Tournaments while at LSU.

“It has truly been an honor to work with Rina Hill and Jasmine Rhodes these past four years as their athletic academic advisor,” said Carole Walker, senior associate director of the Cox Communications Academic Center for Student-Athletes. “Seeing how they have developed into such amazing young women from the summer they arrived on campus to now, makes me so proud.”

“Graduation is like winning a national championship in the world of athletic academic advising because we get to see all of the commitment, hard work and effort that we put into helping a student-athlete become the best person they can be come to fruition,” added Walker. “Rina and Jasmine came in as freshmen with the mindset of not only being successful athletically and academically, but they showed the desire to be successful in life, and there is no doubt in my mind that they will be.”

Under head coach Nikki Fargas, 18 Lady Tigers have earned their degrees and the program has received 20 academic accolades from the SEC. In fact, Fargas boasts a 100-percent graduation rate for players who have exhausted their eligibility at LSU.