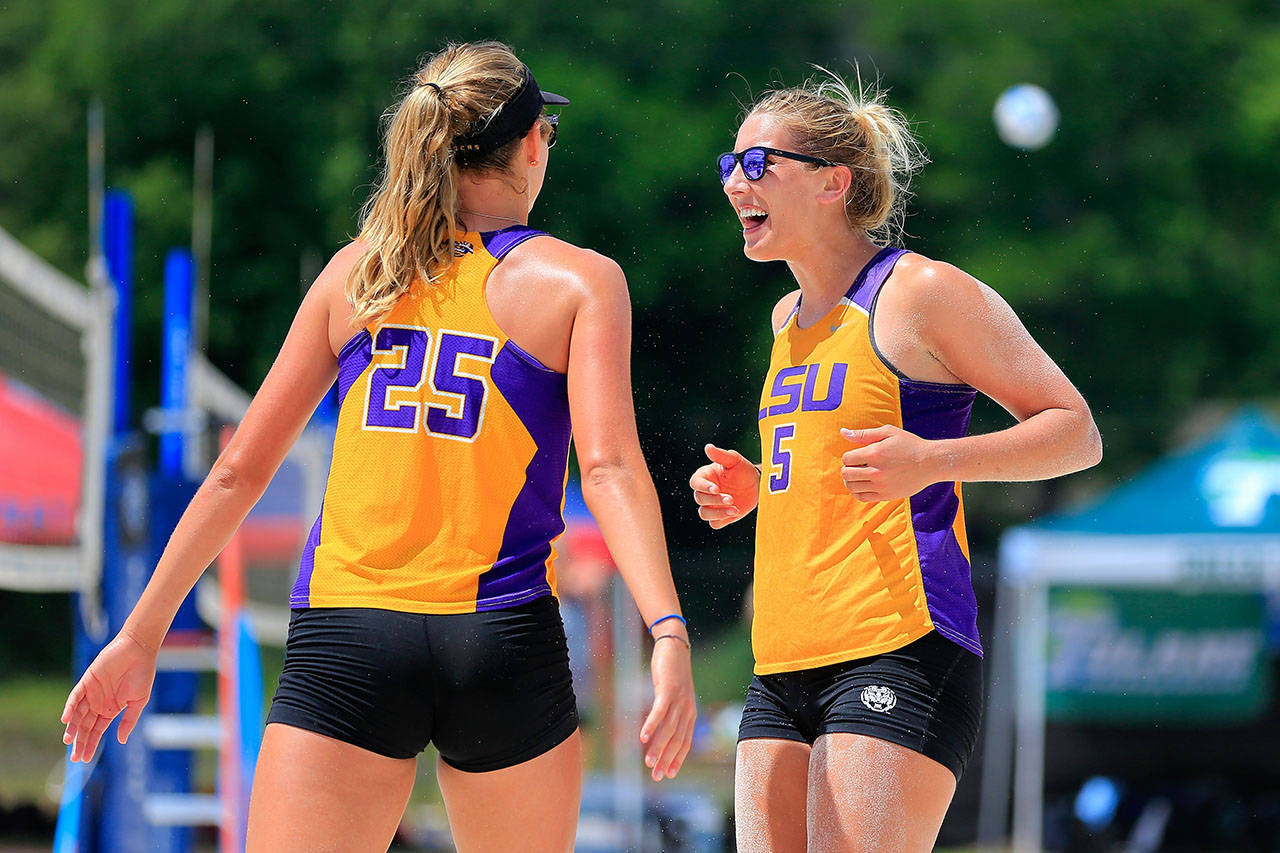 BATON ROUGE- No. 1 pair Claire Coppola and Kristen Nuss, as well as No. 3 duo Katie Lindelow and Olivia Powers have all been selected to compete at the USA Volleyball Beach Pairs Championships running from May 11-13 in Hermosa Beach, California, the USA Volleyball selection committee announced on Wednesday.

The championships will feature 24 women’s pairs and eight men’s pairs. The top pairs from the eight schools that qualified for the NCAA Beach Volleyball Championships earned an automatic bid with the selection committee choosing the rest of the women’s teams based on their performance during the 2017 season, as well as their USAV beach rankings.

The winning men’s and women’s teams will earn spots on the USA Volleyball collegiate beach national team. NBC Sports Network will also air the women’s final live on May 13 from 6-7:30 PM ET.

“It’s a huge honor. This is the first time USA Volleyball has put this event together and having a pairs event is something that a lot of people have wanted,” said head coach Russell Brock. “They’ve made it possible to have another event to showcase the pairs across the country that are the best, and the fact that we were able to get two pairs in is really exciting.”

“I’m proud of our pairs for performing well enough to be recognized by the committee, and we’re excited to have them in that showcase and to see how well they can matchup against the best teams in the country.”

Heading into the NCAA Championships, Coppola and Nuss boast the best record on the team, coming in at 26-6. In just their first collegiate season, Nuss and Coppola received Coastal Collegiate Sports Association All-Conference accolades for their performance with Coppola also picking up All-Freshman honors.

Lindelow and Powers are currently riding a 14 match winning streak at the third flight, compiling an overall record of 24-3 for the second best record on the team. The tandem has won 24 of their last 25 matches, including nine wins against ranked opponents.