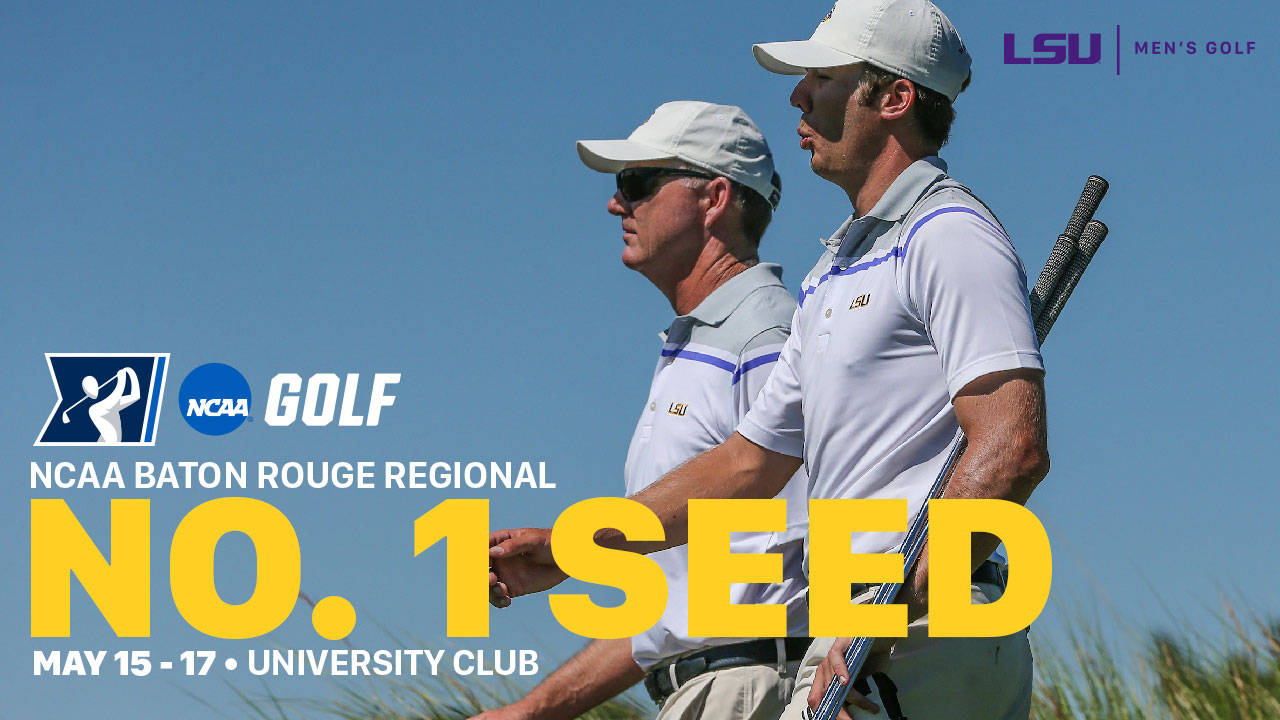 BATON ROUGE – The LSU Tigers will play as a No. 1 seed in NCAA Regional play for the first time in program history as they prepare to host 14 teams, including defending NCAA Champion and No. 2 seed Oregon, and five individuals at the NCAA Baton Rouge Regional scheduled for May 15-17 at the University Club.

The Tigers were tabbed the top team in their home regional live on Golf Channel on Thursday as teams and individuals competing in each of the six NCAA Regionals were announced on Golf Central.

This marks the 10th-straight season since 2008 and the 11th time in 12 seasons under head coach Chuck Winstead in which the Tigers have earned NCAA Regional selection. While hosting the NCAA Baton Rouge Regional at the University Club, they will look to qualify for the NCAA Championships for the seventh time in the last eight seasons.

The Tigers have followed with another successful season in 2016-17 as they have captured five tournament titles to sit No. 6 nationally in the final Golfstat power rankings heading into NCAA Regional play.

The NCAA Baton Rouge Regional sets up a rematch of sorts as Oregon defeated LSU, 3.5-1.5, in the quarterfinal round of match play at last year’s NCAA Championships en route to winning the national title on its home course at Eugene Country Club. The Ducks will arrive in Baton Rouge as the No. 2 seed in regional play and No. 7-ranked team in the country in the latest Golfstat power rankings.

Also headlining the 14 teams at the NCAA Baton Rouge Regional are No. 3-seeded and No. 18-ranked Virginia, No. 4-seeded and No. 19-ranked Duke as the 2017 ACC Champion and No. 5-seeded Northwestern. Rounding out the field are No. 6 seed Arkansas, No. 7 seed Jacksonville, No. 8 seed Kentucky, No. 9 seed South Florida, No. 10 seed Iowa, No. 11 seed Georgia State, No. 12 seed Jacksonville State, No. 13 seed Loyola-Maryland and No. 14 seed Alabama State.