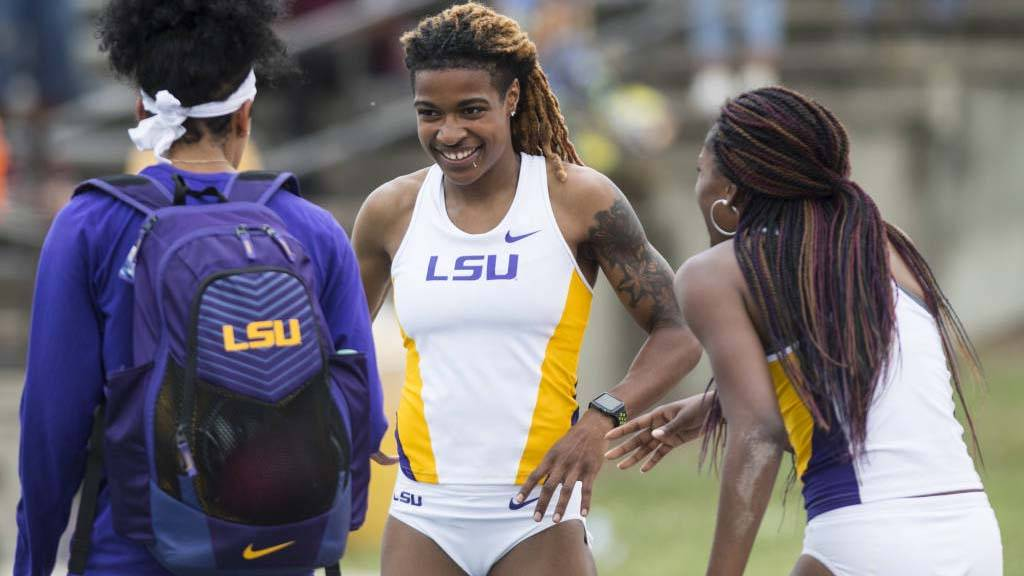 BATON ROUGE – LSU junior Aleia Hobbs continues to rake in the awards following her performance at the SEC Relays last weekend as she was named Wednesday among the 10 athletes to the latest Bowerman Award Women’s Watch List as announced by the U.S. Track & Field and Cross Country Coaches Association.

Hobbs was named to the Bowerman Award Women’s Watch List after also receiving USTFCCCA Division I Women’s National Athlete of the Week and SEC Women’s Runner of the Week awards on Tuesday.

It marks the third-straight year in which at least one LSU athlete has been selected to the Bowerman Award Watch List as Hobbs follows semifinalist Vernon Norwood in 2015 and Nethaneel Mitchell-Blake in 2016. She is the first Lady Tiger to make the women’s list since Kimberlyn Duncan in 2012 and 2013. Duncan won the women’s award with her performance as a college junior in 2012.

Now in its ninth year of existence, The Bowerman is track and field’s equivalent to The Heisman Trophy in college football and is presented annually by the USTFCCCA to the top collegiate athlete in both the men’s and women’s sides. Jarrion Lawson of Arkansas and Courtney Okolo of Texas were the last to take home the award with their performance during the 2016 season.

Her performance outdoors follows an indoor season in which she was crowned the SEC Indoor Champion in the 60-meter dash before lining up in the event at the NCAA Indoor Championships for the first time.