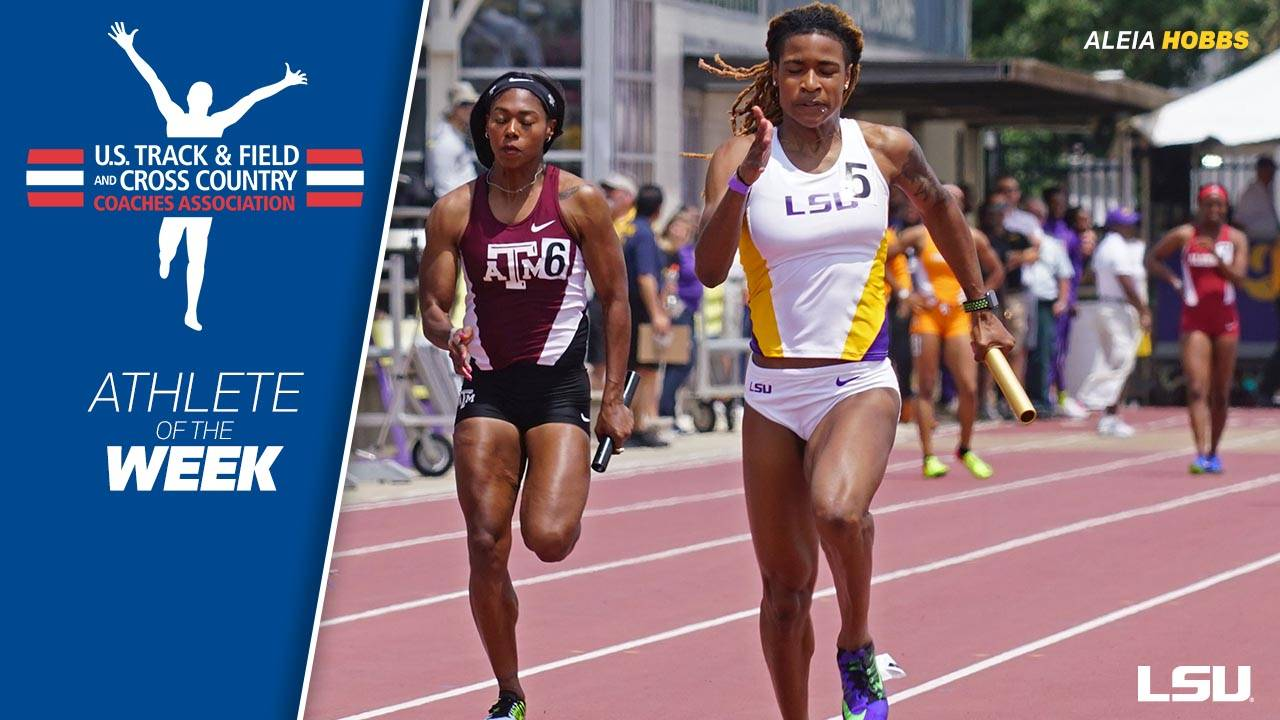 BATON ROUGE – LSU’s junior sprinter Aleia Hobbs continued to rake in the awards Tuesday as she was named the U.S. Track & Field and Cross Country Association Division I Women’s National Athlete of the Week for a second time this season and the SEC Women’s Runner of the Week for the fourth week in a row.

Hobbs was recognized for her performance at the SEC Relays on Saturday when she anchored LSU to a collegiate-record-tying 42.12 seconds in the 4×100-meter relay before running the second-fastest wind-legal time in collegiate history to win the 100-meter dash with a run of 10.85 (+2.0).

Hobbs was first named the USTFCCCA Division I Women’s National Athlete of the Week on April 11 after opening her 2017 campaign with a previous 100-meter personal best of 11.07 at the Battle on the Bayou.

She picked up her fourth-straight SEC Women’s Runner of the Week honor after also receiving the award on April 11, April 18 and April 25. Hobbs’ selection Tuesday actually marked the fifth-straight week in which LSU has featured the SEC Women’s Runner of the Week as junior Kymber Payne also picked up the award on April 4 following her performance at the Texas Relays.