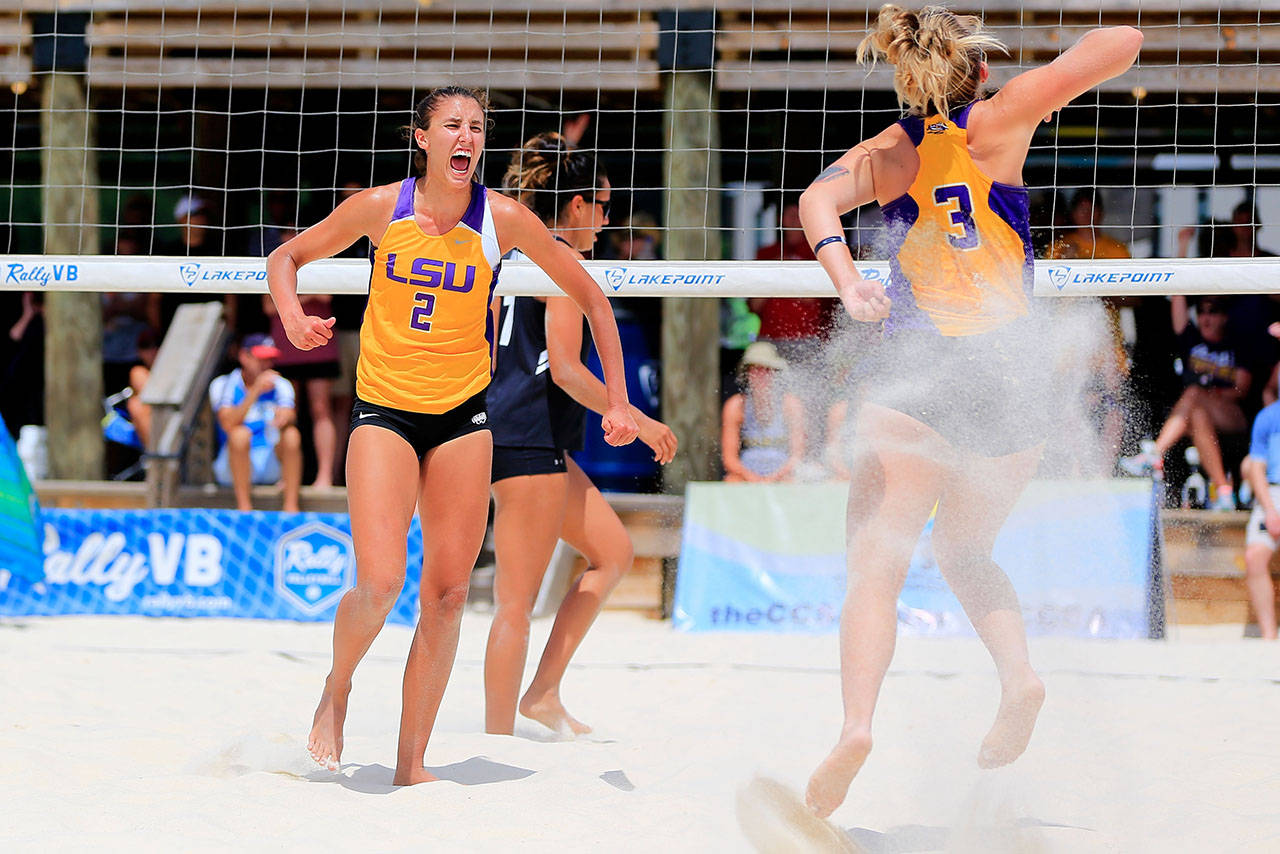 BATON ROUGE- The LSU beach volleyball team has earned the program’s first-ever berth in the NCAA Beach Volleyball Championships, running from May 5-7 in Gulf Shores, Alabama, the selection committee announced on Sunday.

The Tigers (26-6) come in as the No. 7 seed in the tournament and will take on the second overall seed UCLA (29-4) in the opening round of the championships on Friday at 11 a.m. CT.

The winner of the LSU/UCLA matchup will take on the winner of No. 3 Pepperdine and No. 6 Long Beach State.

“We’ve had this on our goal list from the beginning of the year, and there aren’t a lot of teams that have the chance to compete (at NCAA’s),” said head coach Russell Brock.

“It’s something that’s valuable when you have the opportunity to legitimately compete against teams that are trying to win a national championship, so this is really special.”

The event will be televised live by Turner networks with truTV providing live coverage on Friday and Saturday from 2-5 p.m. CT. The championship round will air on TBS on Sunday at 1 p.m. CT.

Additional live streaming coverage of every court in each match of the tournament will be available on NCAA.com. All championship site match times and other information will also be made available at www.ncaa.com/beachvolleyball.

LSU compiled its best season in its four-year history, collecting a school record 26 victories with nine wins coming against ranked opponents. The Tigers also completed the third-longest winning streak in LSU athletics history after picking up 24 consecutive victories during the season.

LSU also earned its highest ranking in both the AVCA and DiG polls, coming in at No. 7 overall in the standings.

The team is led by No. 1 freshman tandem Claire Coppola and Kristen Nuss, who have earned a team-high 26 wins on the season.

At the third flight, senior Katie Lindelow and freshman Olivia Powers tallied an overall record of 24-3 this year and have won 24 of their last 25 matches. The duo is currently riding a 14-match win streak.

Brock was named the CCSA Coach of the Year after guiding LSU to its best season to date. Coppola and Nuss were selected to the All-Conference team with Coppola also receiving All-Freshman accolades.

No. 2 pair Emmy Allen and Maddie Ligon garnered All-Tournament honors for their performance at the CCSA Conference Championships after going 5-for-5 with big wins over No. 9 Georgia State, No. 10 Florida International and No. 15 Florida Atlantic.

“We’re know we’re going to have to go in and play well. It’s going to be a new environment, and I think that will be the biggest challenge. Thankfully, we’ve seen the teams that are going to be across the net from us,” added Brock.

“We know how good these teams are, and we know that we can compete. That’s our mindset. Any time we get in the sand, we feel like we have an opportunity to win those matches, but we’ll have to play well to do it.”

That moment when you learn you will be competing in your first-ever NCAA Championships! 🎉🎉 pic.twitter.com/2G4QtL1Ylw