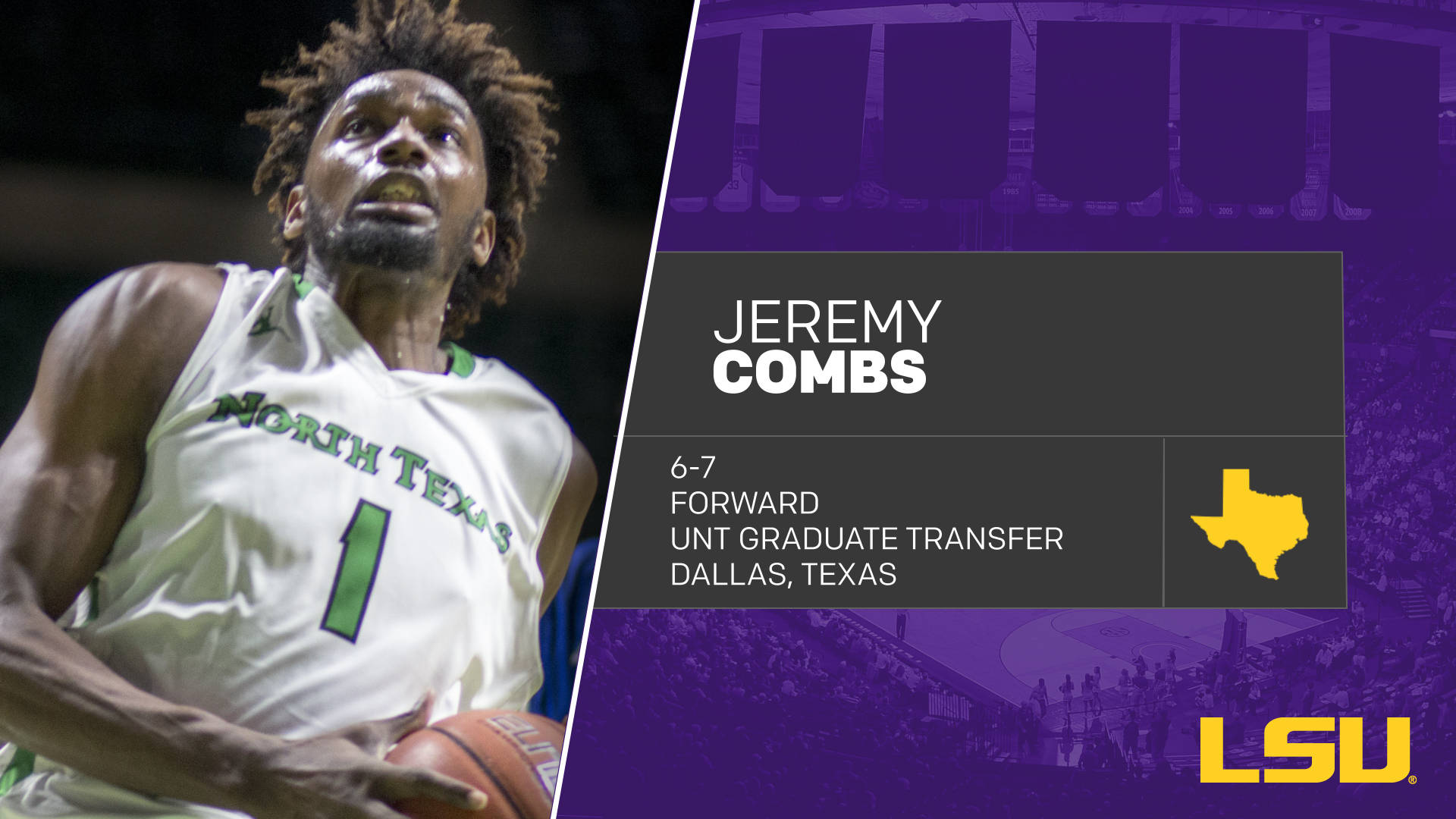 BATON ROUGE – LSU Athletics and men’s basketball Coach Will Wade has announced that the signed papers for Jeremy Combs have been approved allowing the North Texas student-athlete to transfer and be eligible to compete for the Tigers upon his graduation from UNT.

Combs has played the last three years for UNT under present LSU assistant coach and former North Texas head coach Tony Benford. Under NCAA rules, Combs will have one year of eligibility remaining and can transfer and play for the Tigers during the 2017-18 season once he graduates.

“We are excited that Jeremy Combs will be joining us following his graduation from North Texas,” said Coach Wade. “His ability to score inside and to 15 feet along with his aggressiveness on the boards will be an asset for us next season.”

The Dallas, Texas native, a 6-7 forward who prepped at Carter High in Dallas, had an injury plagued junior season battling an ankle injury most of the season that forced him to miss 16 games, including the final 12 of the 2016-17 season. He still averaged 10.2 points per game and 6.4 rebounds per game.

As a sophomore in 2015-16, he started 31 games and earned All-C-USA second team honors after leading the team in scoring (14.9 ppg) and rebounding (10.5 rpg, which was ranked 18th in NCAA statistics). He finished with 325 rebounds (the sixth best single-season mark at the time at UNT) and shot 60.1 percent from the field

As a freshman (2014-15), he was named to the C-USA first-year squad and was runner-up for league freshman of the year in averaging 10.0 points and 6.7 rebounds a game.

In three years at UNT, he appeared in 76 games with 71 career starts. He scored 914 points and 624 rebounds with 18 career double doubles. He has career averages of 12.0 points per game and 8.21 rebounds a contest. He posted a strong field goal percentage throughout his three years at North Texas, shooting no lower than 56 percent in any season.