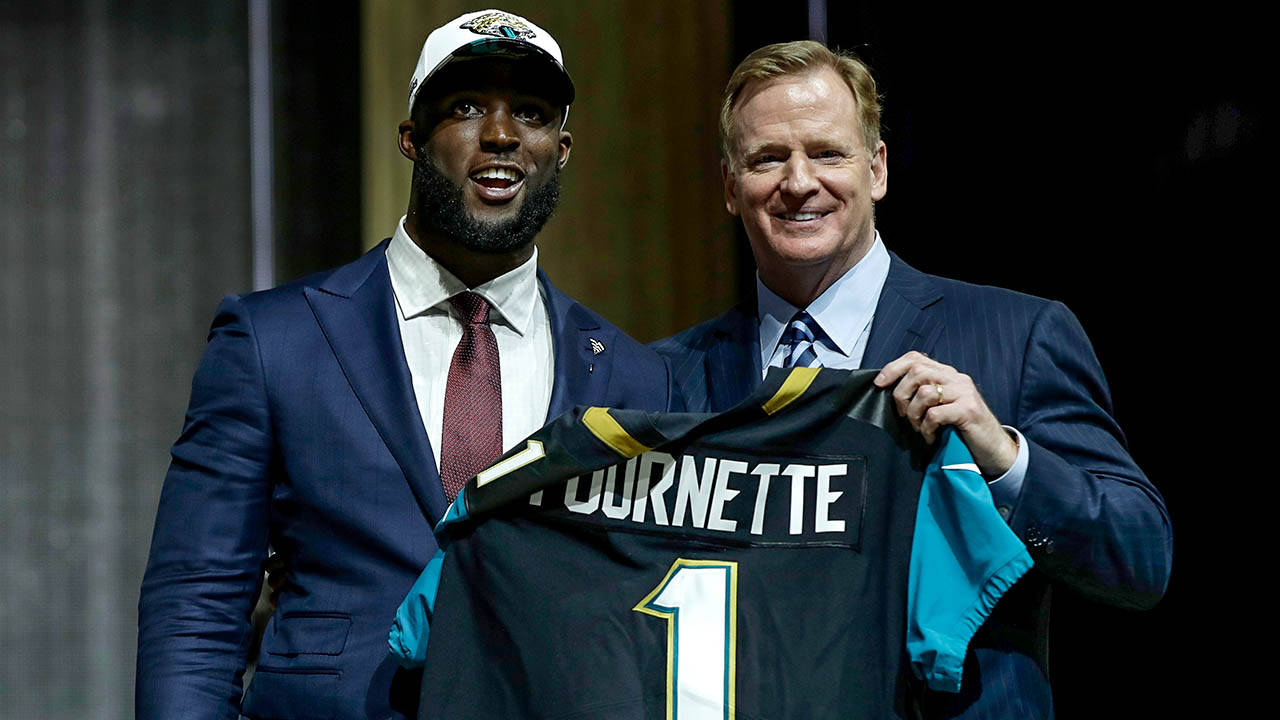 BATON ROUGE — For the second time in the common-draft era, three LSU Football players were selected in the first round of the NFL Draft.

Running back Leonard Fournette was the fourth overall pick by the Jacksonville Jaguars. Safety Jamal Adams was taken two picks later by the New York Jets at No. 6, and cornerback Tre’Davious White was the third Tiger take in Thursday night’s opening round – No. 27 overall by the Buffalo Bills.

Fournette, a junior who set LSU’s single-season rushing record during his sophomore season, was the highest Tiger taken in the draft since defensive end Tyson Jackson was No. 3 overall in 2009.

Adams, a junior from Lewisville, Texas, became the highest-drafted LSU safety in the common era. His father, George Adams, was also a first-round pick in the 1985 NFL Draft.

White returned to LSU for his season season in 2016 and became a first-round pick. The shut-down corner and punt returner gave LSU – know as “DBU” – a pair of first-round DB’s for the first time in the common era.

LSU, which had more players on NFL active rosters than any college in 2016, showed no signs of relinquishing that title in 2017. As many as 10 more Tigers could hear their name called in this year’s draft.

The seven-round NFL draft continues on Friday at 6 p.m. CT with the second and third rounds. Rounds 4-7 will be held Saturday starting at 11 a.m. CT.

Leonard Fournette is the 28th LSU running back selected in the #NFLDraft in program history. #NFLSU pic.twitter.com/ef0iFWxx7L

Jamal Adams is the 43rd secondary player and 13th safety in LSU history to be drafted in the NFL. #NFLSU #DBU #NFLDraft pic.twitter.com/JIRRWwqiMr

A few more behind the scenes pics from Green Room at @NFL draft. pic.twitter.com/GMTV2nGU6w

Tre’Davious White becomes the 44th secondary player and 14th cornerback in LSU history to be selected in the #NFLDraft. #DBU #NFLSU pic.twitter.com/ppHyOG0grF

Playing For A Bigger Cause

Playing For A Bigger Cause