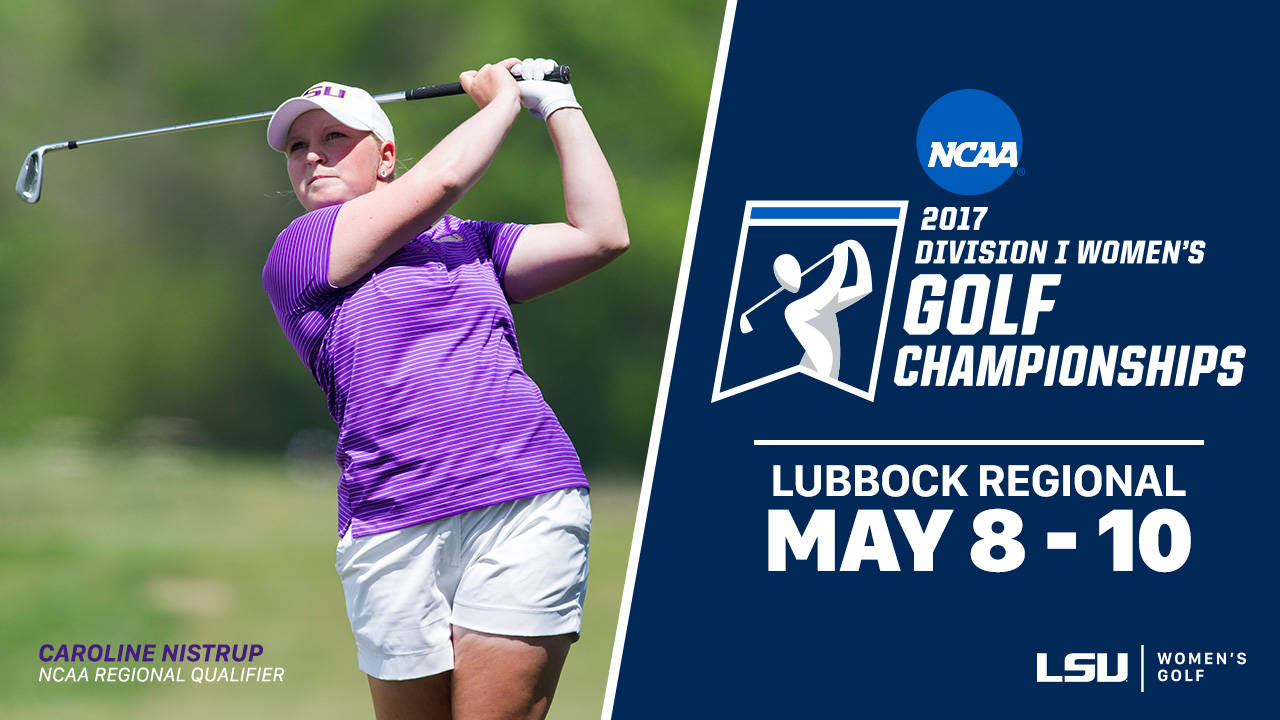 BATON ROUGE – LSU senior women’s golfer Caroline Nistrup was selected as one of the 24 individuals to advance to NCAA regional play, May 8-10, with a chance to return to the NCAA Championships before her college career concludes.

Nistrup was selected as one of six golfers to advance to the Lubbock (Texas) Regional that will be played on the Rawls Course at Texas Tech. A total of 90 other golfers on the 18 teams that will play in the regional will also be looking for advancement spots to the national championship later in May at Rich Harvest Farms in Sugar Grove, Illinois. Six teams and those 30 members will advance as well as the top three individual scores not on the six advancing teams after 54 holes of play.

This will be the same format used at the other three women’s regionals that will make up the field for the championship.

Nistrup knows all about the big stage of NCAA play, having advanced all the way to the final round of play in the 2015 NCAA event where she finished T12. She missed most of the 2015-16 season after playing just six rounds before being sidelined with a wrist injury that would require surgery.

Nistrup has a win and 11 top 10 finishes in her career, with the win coming in the 2015 Allstate Sugar Bowl Intercollegiate at English Turn in New Orleans.

She will enter the event averaging 73.00 for the season and 72.98 for her 95 career rounds. At present her 73.00 average for 2016-17 stands as the sixth lowest stroke average for a season in the 38-years of the women’s program at LSU, while her career average, is second best just behind the 72.95 set by present LPGA member Madelene Sagstrom in 2011-15. Obviously, all the post-season rounds will count in Nistrup’s final totals.

Nine SEC teams will be represented in the regionals with four teams, including LSU, having individuals in the competition.

Alabama, Georgia, Tennessee and Auburn are at the Athens (Georgia) regional, while Florida, South Carolina, Arkansas, Texas A&M and Kentucky are at the Columbus (Ohio) regional.

“I’m extremely disappointed that our team did not qualify for this year’s regionals,” said LSU Coach Karen Bahnsen. “But I’m very happy for Caroline in her senior season that she is able to get back in the tournament after being out last year with her injury. She is really playing well the last few events and hopefully she can carry that on to NCAAs.”

Jess Yuen of Missouri is in Albuquerque, while Chieh Jessica Peng of Mississippi State and Alexandra Farnsworth of Vanderbilt are in Athens.