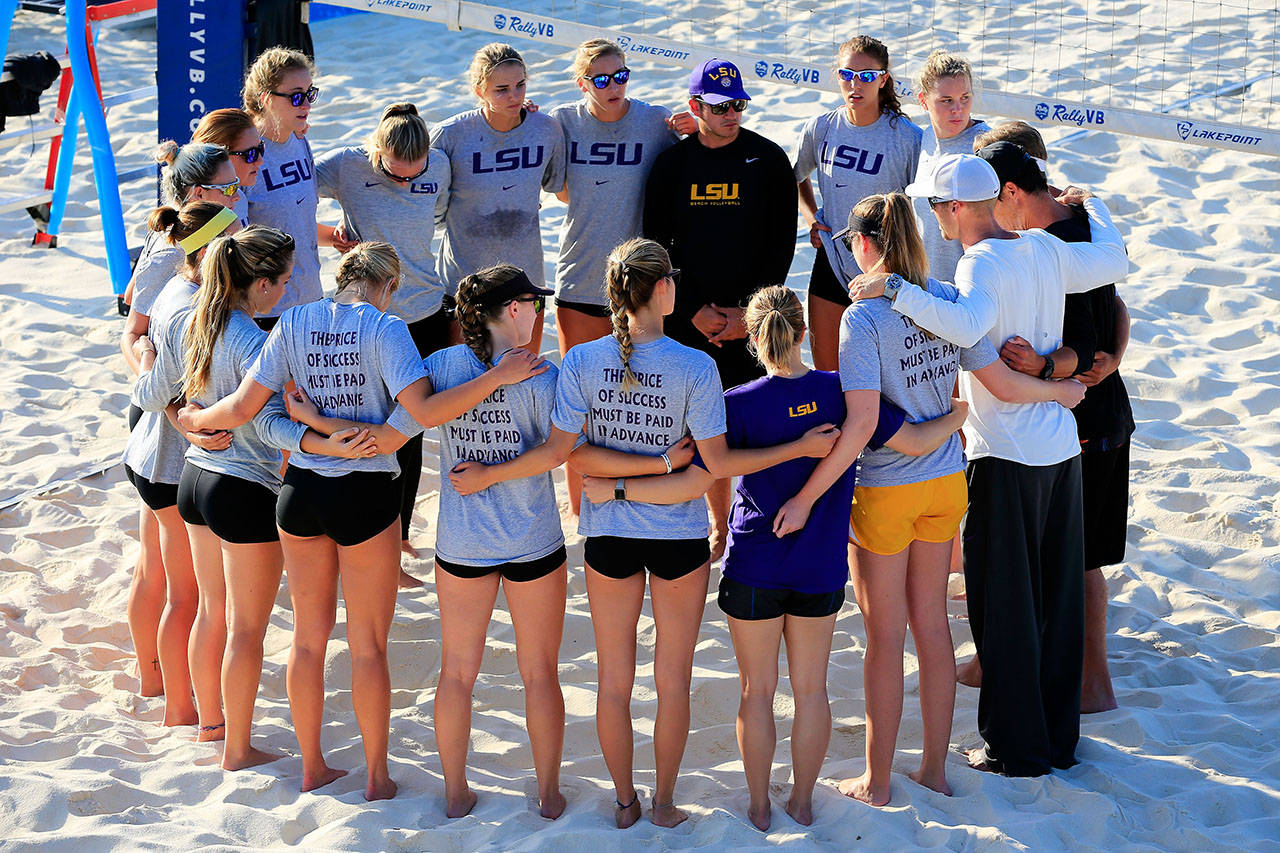 BATON ROUGE- The No. 7/8-ranked LSU beach volleyball team will host a watch party for the NCAA Beach Volleyball Selection Show, starting at 5:30 p.m. CT on Sunday on the second floor of the LSU Gymnastics Facility.

The team will await a 6 p.m. CT announcement from the NCAA beach committee on the eight teams it has selected to compete at the NCAA Championships in Gulf Shores, Alabama, running from May 5-7. Three teams from both the east and west region will be selected with two at-large bids.

The selection show will be live streamed, and media are invited to attend the event with food and beverages also being provided.

LSU is fresh off of recording its best season in program history, notching a school record 26 wins. The Tigers also rattled off a 24-match winning streak during the season, marking the third-longest win streak in LSU athletics history.

LSU also earned its highest-ranking ever, coming in at No. 7 in the standings of both the AVCA and DiG magazine polls.

The team is led by No. 1 freshman duo and Coastal Collegiate Sports Association All-Conference selections Claire Coppola and Kristen Nuss, who have collected a team-high 26 wins on the year.

No. 3 pair Katie Lindelow and Olivia Powers have tallied an overall record of 24-3 on the season and have won 24 of their last 25 matches. The duo is currently riding a 14-match win streak.

Last weekend at the CCSA Conference Championships, No. 2 pair Emmy Allen and Maddie Ligon earned All-Tournament honors after going 5-for-5 with wins over No. 9 Georgia State, No. 10 Florida International and No. 15 Florida Atlantic.