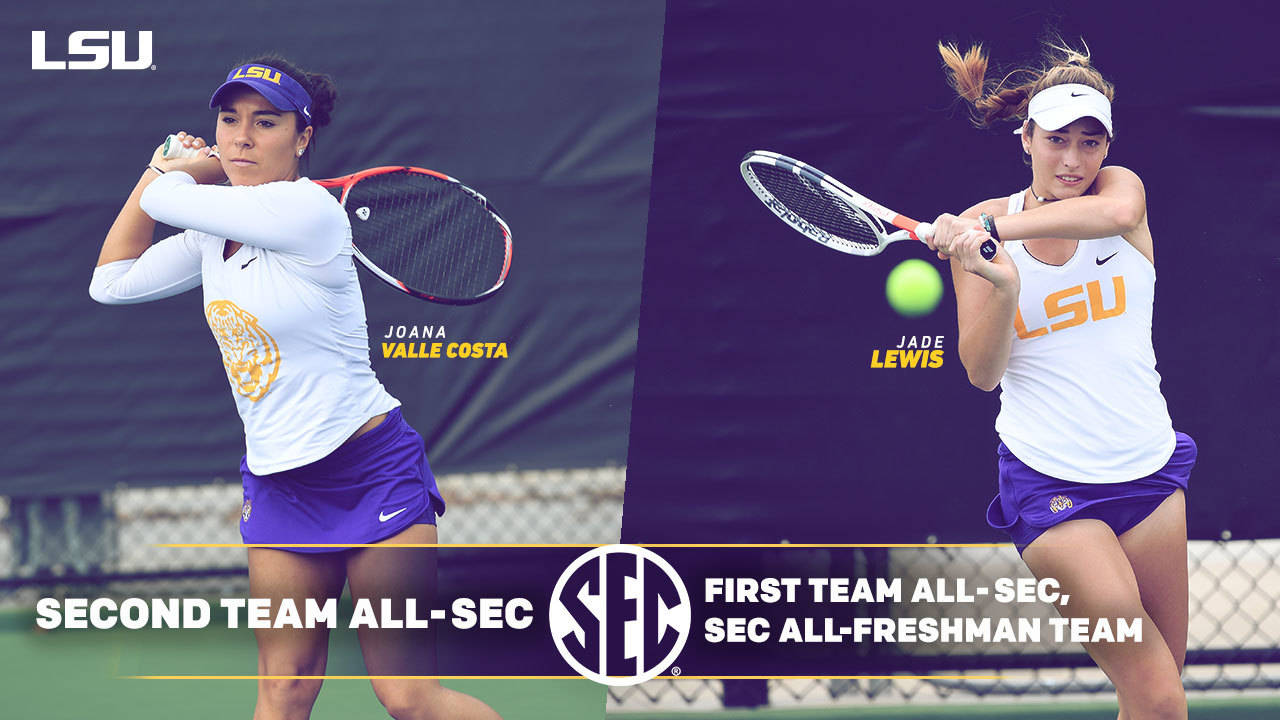 This is the fourth time the SEC has named Co-Freshmen of the Year, with Lewis sharing the 2017 honor with Georgia’s Elena Christofi.

Lewis is currently the second-highest-ranked freshman in the country at No. 10, coming off her career-best win over Vanderbilt’s No. 4 Astra Sharma in the quarterfinals of the SEC tournament, the highest-ranked win by a freshman in program history.

Lewis has a 15-6 record playing on court one this season with ten wins against ranked opponents. The Hilton Head, S.C. native also clinched the highest-ranked win in program history for the Tigers earlier this season against No. 5 Auburn by defeating No. 29 Alizee Michaud.

Valle Costa has a 14-6 record this season across courts one through three with four wins over ranked opponents. This is Valle Costa’s fifth All-SEC team in her career as the senior from Lisbon, Portugal was named to the second team All-SEC and All-Freshman team in 2014 and first team All-SEC in both 2015 and 2016.