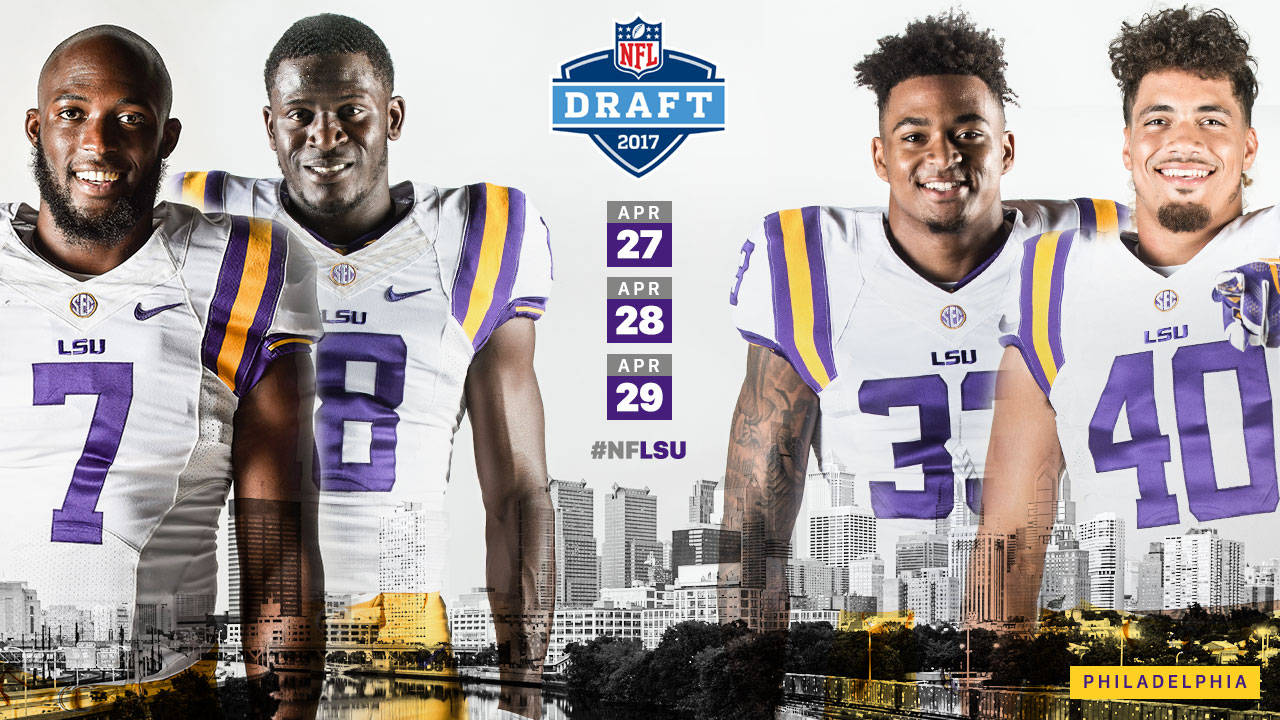 PHILADELPHIA – LSU has had 38 NFL first round draft picks in school history but that won’t last much longer as the Tigers are expected to increase that total by three on Thursday night when the opening round of the NFL Draft is held here on the iconic steps of the Philadelphia Museum of Art.

The opening round of the NFL Draft gets underway at 7 p.m. CT and all three of LSU’s projected first round picks – safety Jamal Adams, running back Leonard Fournette and cornerback Tre’Davious White – will be in attendance. LSU head coach Ed Orgeron will also be in the green room with Adams, Fournette and White when their names are called on Thursday night.

All seven rounds of the NFL Draft will be televised live on both ESPN and the NFL Network. The first round takes place on Thursday, followed by rounds two and three on Friday and the final four rounds will be held on Saturday. Start time on Friday is set for 6 p.m., while round four begins at 11 a.m. CT on Saturday.

Orgeron is scheduled to appear live on the NFL Network set at 4:40 p.m. tomorrow leading up to the start of the draft.

In what could be a historic weekend for the LSU football program, the Tigers could challenge the school record for the number of picks in a single NFL Draft. The current record of nine was set in back-to-back years in 2013 and 2014. Last year, LSU had five players taken in the draft, including linebacker Deion Jones, who was the highest pick for the Tigers at No. 52 overall (second round).

If LSU were to have three first round picks on Thursday, it would mark the second-highest total in school history, bettered only by the four first rounders in 2007. That year, quarterback JaMarcus Russell went No. 1 overall, followed by safety LaRon Landry (No. 6 overall), and wide receivers Dwayne Bowe (No. 23) and Craig Davis (No. 30).

LSU’s last first round selection came in 2014 when Odell Beckham Jr. was taken with the 12th overall pick by the New York Giants.

Since 2000, LSU has placed 91 players in the NFL Draft, which includes 15 first round picks.