Jaquish, Landry Selected in First Round of NPF Draft 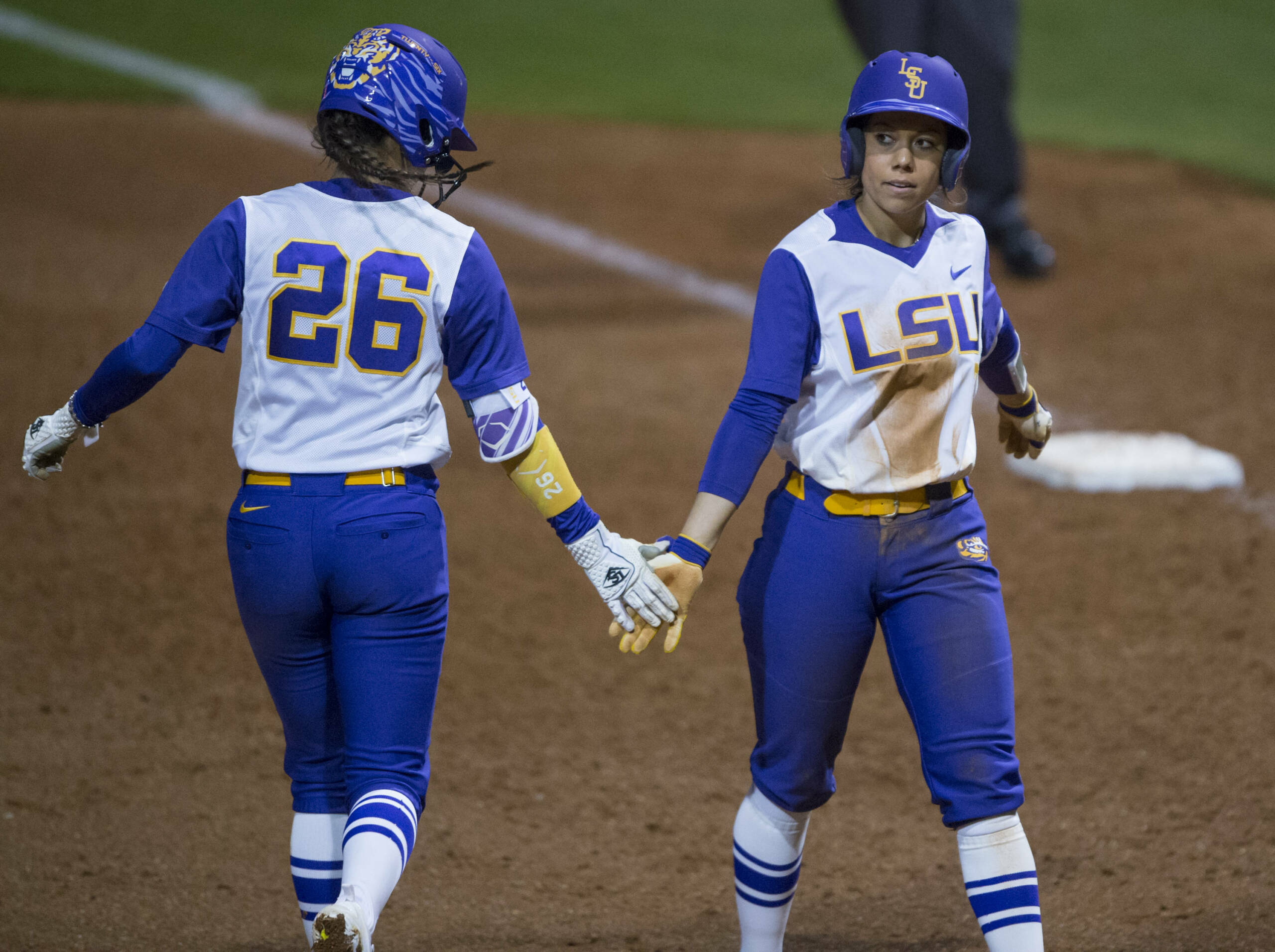 BATON ROUGE, La. – LSU seniors Sahvanna Jaquish and Bailey Landry were both selected in the first round of the 2017 NPF College Draft presented by 2XU on Monday night, with Jaquish being selected third overall by the Chicago Bandits, as Landry was selected fifth overall by Texas Charge.

Gathered with the team in the clubhouse at Tiger Park, friends and family were on hand to see LSU’s All-American duo continue LSU’s legacy of placing players in the league, which includes former Tigers A.J. Andrews with the Akron Racers and Brittany Mack Oaks who recently signed on to play with the Texas Charge.

Jaquish and Landry were the first two positional players selected in the draft, both in the top five amid pitchers who were selected around them.

Congratulations to Sahvanna Jaquish, taken third overall by the Chicago Bandits in the 2017 NPF Draft. pic.twitter.com/M5p5ihyM4d

“It’s exciting, especially with these two because they are both deserving and have worked really hard for this,” head coach Beth Torina said. “I’m a big supporter of this league and really believe in it, so it’s always fun to have our players be a part of it.”

Jaquish, the Highland, California, native has started over 240 games for LSU in her career, earning All-America honors in each of the last three seasons and will be going for a fourth this season. With a lifetime batting average over .330, Jaquish this season shattered the career RBI mark and has 251 and counting with the rest of the regular season and postseason remaining.

As a senior, Jaquish is on pace to also break the single-season walks record with 46, owning the career record in that mark as well. She is the only player in LSU history to have two seasons with 70-plus RBIs, while being one of just two players to have at least two seasons with 17 or more home runs. She currently leads the team with 14 multi-RBI games, seven more than the next closest player on the team.

“I’m really excited, and ready to see what this new world holds,” Jaquish said. “I’ll be new to this, but I’m so thankful to be drafted now and ready to focus on the rest of this season with my teammates here at LSU as well.”

Congratulations to Bailey Landry, selected fifth overall by the Texas Charge in the 2017 NPF Draft. pic.twitter.com/6FgmMpg6XV

After her All-American season as a sophomore where she hit .426 and had 89 hits, Landry is on pace to outdo her numbers from two years ago and go down in LSU lore as the player who broke the single season batting average (.431) and hits record (91) that have stood since 2000, as she is currently hitting .465 with 73 total hits.

Landry has played in 233 games and started 229 through three and a half years, connecting for 274 hits with a .390 batting average, .532 slugging percentage and a .453 on-base percentage. This season alone, Landry nearly tied her own hitting streak record by recording a base knock in 20 consecutive games, as she currently leads the team with 21 multi-hit outings.

The 2017 NPF Championship Series will be held at Tiger Park this August 17-20 in Baton Rouge.

“We’re really excited to host the championship here and bring these Tigers home to Tiger Park,” Torina said. “I think it’ll be great for our fans and for these girls to play one more time in Tiger Park.”

National Pro Fastpitch (NPF), an Official Development Partner of Major League Baseball since 2002, provides elite female athletes with an opportunity to pursue a professional career in diamond sports beyond their collegiate success.  The NPF affiliate teams consist of the Akron Racers, Chicago Bandits, Scrap Yard Dawgs, Texas Charge and USSSA Florida Pride for the 2017 season. National Pro Fastpitch players hail from the United States, Australia, and Canada, among which are the most accomplished and talented athletes in the sport of women’s softball.

LSU hosts South Alabama Tuesday at 6 p.m. at Tiger Park in Baton Rouge. The Tigers will close out their home schedule this weekend hosting the Missouri Tigers.