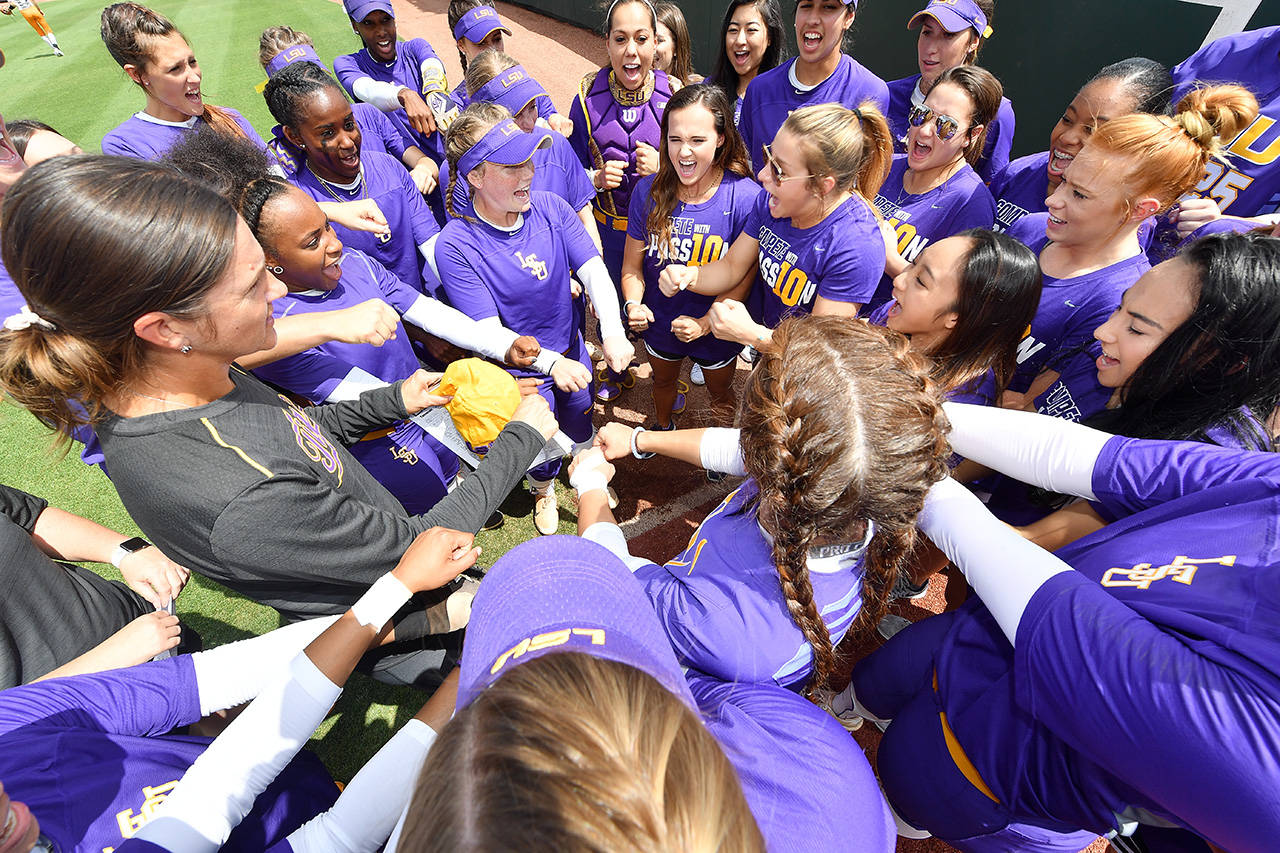 BATON ROUGE, La. – The No. 16 LSU softball team will close out non-conference regular season play this Tuesday when the team hosts the South Alabama Jaguars at 6 p.m. at Tiger Park.

The contest will be streamed live on SEC Network+ which is available through WatchESPN and the WatchESPN app. Patrick Wright will handle radio duties on Talk 107.3 FM in Baton Rouge and online for free at LSUsports.net/live.

LSU opens the second half of its final set of home games on Tuesday looking to continue the momentum the team gained after a thrilling walk-off win over the Tennessee Volunteers on Sunday afternoon, snapping one of the longest winning streaks in the country in the process. Although the Tigers were unable to pull out the series, the nail-biting finale should set up the team for a strong end of the season with just two weeks remaining before postseason play begins.

The Tigers are 34-14 overall on the year and 9-9 in the Southeastern Conference coming into the showdown with the Jaguars on Tuesday, holding a 24-4 record in home games this season. LSU is 17-2 at Tiger Park against non-conference opponents this season, hitting .326 in the friendly confines and averaging nearly six runs per game.

Leading the team over the weekend at the plate was Emily Griggs, batting .357 over the course of four games last week with five hits, including two for doubles with an RBI and three runs scored. Griggs is one of three current LSU players along with Bailey Landry and Sahvanna Jaquish hitting over .300 at this point of the season.

Until the bottom of the seventh inning on Sunday, LSU had gone 12 games without hitting a home run until Constance Quinn’s laser to win the game against the Vols on her first of this season, as it was the team’s 26th of the year. Quinn now has five doubles, three triples and now a home run to her credit this season, as she is also second in stolen bases with nine.

Junior pitcher Allie Walljasper had arguably her best outing in the Purple & Gold on Sunday, as in a white-knuckle, scoreless game for both sides she held Tennessee to just a single hit before Quinn’s game-winner came through. It improved her team-leading mark to 12-3 on the year, lowering her ERA to 1.02 in the process.

As a staff, LSU has an ERA or 1.60 with 12 shutouts on the season between Walljasper’s five, Sydney Smith’s four and Carley Hoover’s three.

LSU has won each of the last three games against South Alabama in the recent series meetings between the two sides, as Tuesday’s contest will be the 11th since the two sides started playing in the 2008 season.

Tuesday: National Telephone Day/Student Point Night – The first 750 fans through the gates at Tiger Park will receive a car phone charger, while Tuesday serves as a night for LSU students to earn points.

Comes into the game with a 28-17 overall record and 10-12 record in the Sun Belt… Is coming off of a series sweep of ULM in Monroe over the weekend… Has spent each of the last two weeks on the road at Texas-Arlington and ULM before returning home for a series against Georgia Southern… Has won four consecutive games after losing the previous five… Is hitting .274 as a team with 319 total hits this season… Is led at the plate by Kaleigh Todd’s .377 overall batting average and 57 hits… Has a staff ERA of 2.32, with 13 shutouts… Devin Brown has a 1.73 ERA and nine of those shutouts with 160 strikeouts and a 14-6 record in the circle.

LSU will host its final three home games of the regular season at Tiger Park and honor its four-member senior class this weekend, hosting a three-game series against Missouri.