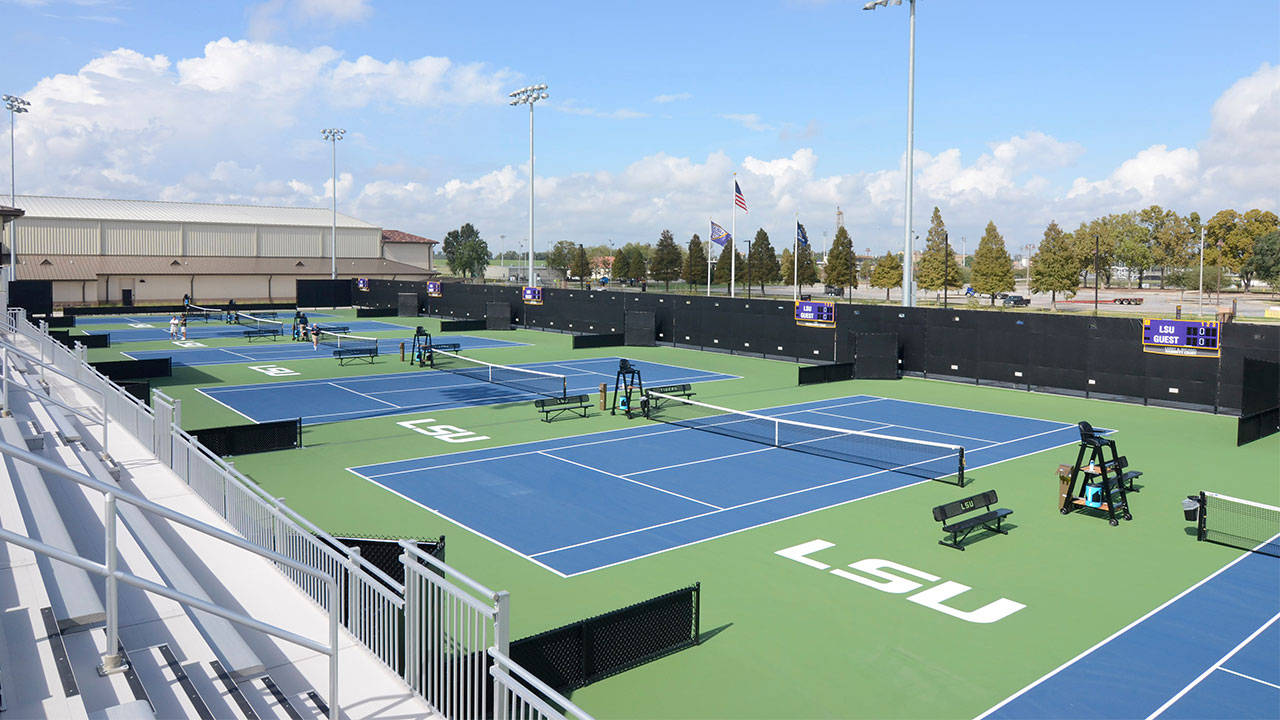 Bozovic joins Elyse Lavender and Eden Richardson in LSU’s second straight top-three recruiting class in the country a year after the Tigers pulled in the No. 1 group for the first time in school history.

Bozovic is currently ranked as the world No. 950 by the WTA and boasts several impressive wins in her career, most notably over world No. 461 Alison Bali, No. 719 Destanee Avaia and No. 752 Chihiro Nunome. Bozovic has also qualified for three separate pro circuit events this year.

‘We are thrilled to add Alexandra to our Tiger family,” said the Sells. “She is a true competitor and will blend in perfectly with our championship culture. She has a strong desire for success and will represent LSU with class with her infectious personality. We are looking forward for Alexandra and the rest of the new Tigers to arrive on campus this fall.”

Lavender, a blue chip recruit from Wilson, N.C., is one of the best in her recruiting class. She already has several impressive victories this year, including beating WTA World No. 734 Alexandra Mueller and Sophie Chang, WTA World No. 564, this summer.

“Elyse Lavender is one of the best American prospects in the country,” said the Sells. “Her desire to be the best fits perfectly into the mentality of our team. She will bring instant leadership through her competitive spirit and work ethic.”

Richardson is a top-ranked player from England and has been ranked as high as No. 130 in the ITF World junior rankings, with her most notable victory coming over junior World No. 35 Lara Escauriza of Paraguay and junior World No. 37 Morgan Coppoc in June 2016.  Her top professional win occurred this summer against World No. 668 Emily Arbuthnott.

Richardson has also represented Team Great Britain, winning her first national title as a 15-year-old at the Nike Under-16s Youth Junior National Tennis Championships. She also played in the main draw at the Wimbledon Juniors Championships in 2016.

Richardson will officially earn a professional world ranking on Monday based on her recent success in the 10K Pro events in England.

“Eden exemplifies the complete student-athlete. She is a very genuine, positive person with a team-first mentality,” said the Sells. “She is one of the top British players, very athletic and tenacious with a strong upside. Eden will make an immediate impact on our team and we are thrilled she will be wearing the Purple and Gold.”

The three recruits will arrive on campus in the fall and will immediately contribute to an experienced Tiger squad that will look to replace the production of one of the most successful senior classes in program history with some fresh young talent.