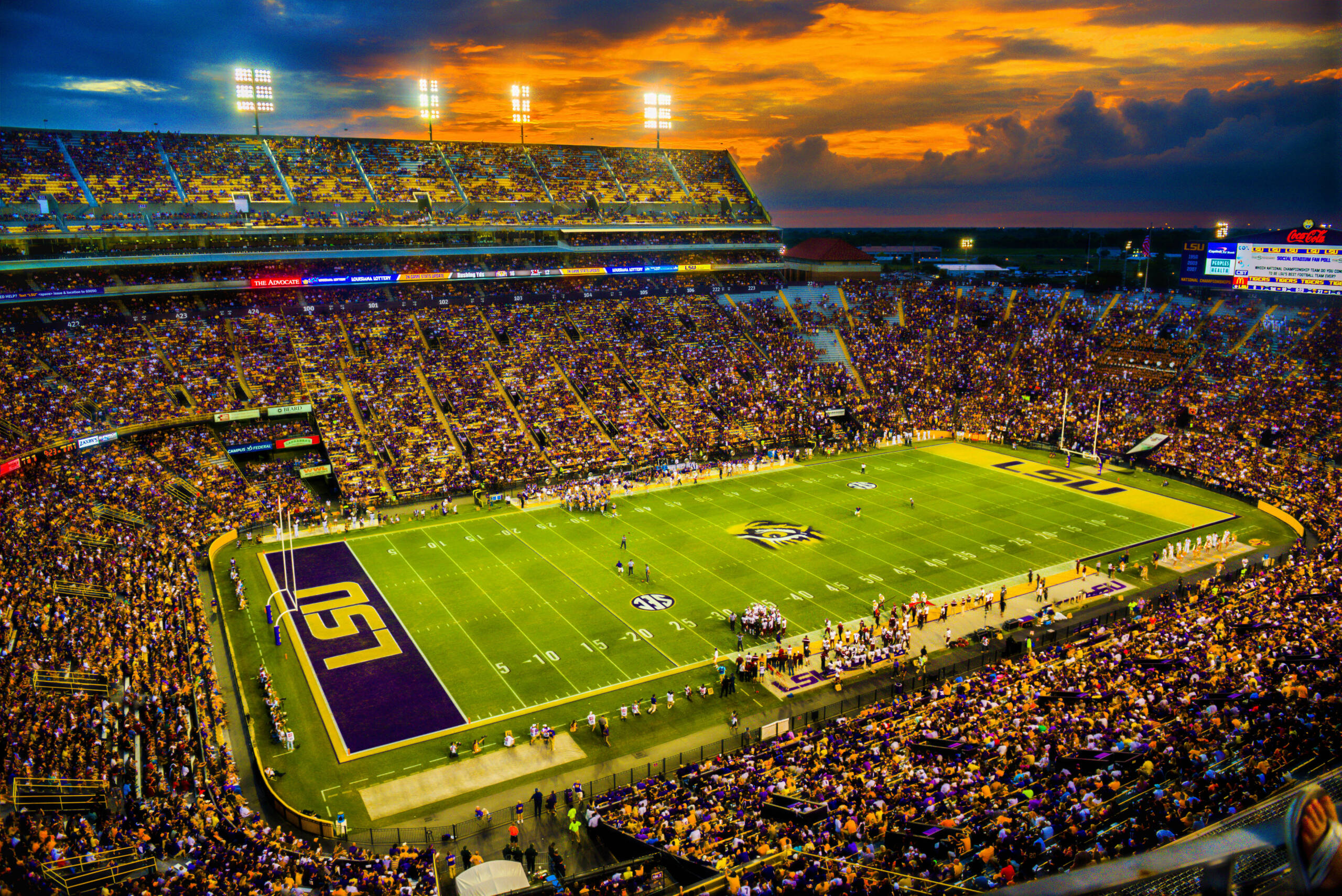 Kickoff for the game is set for 7 p.m. CT and admission is free of charge. Pre-game activities get started on campus at 3 p.m. with the Rock ‘N Roar Block Party featuring the band Cowboy Mouth. The Tigers will walk down “Victory Hill” at 5:45 p.m. and then take the field at 6:20.

The contest will be televised live on the SEC Network with Tom Hart (play-by-play), Andre Ware (analyst) and Tom Luginbill (sideline reporter) on the call.

The game will also be broadcast on the LSU Sports Radio Network (104.5/104.9 FM locally) with Patrick Wright (play by play), Doug Moreau (analyst) and Gordy Rush (sideline reporter) calling the action. The game can also be heard on the internet at www.LSUsports.net/live.

“I want to see us get after it,” Orgeron said about the spring game. “I want to see us competing in a game-type atmosphere. This is like a preseason game. I want to see them perform under pressure and see what they can do. I want them to compete, have fun, and have energy.”

Saturday’s game concludes what has been a productive spring for the Tigers as LSU has installed a new offense under the direction of first–year coordinator and quarterback coach Matt Canada. Other new faces on the offensive staff include running backs coach Tommie Robinson and wide receivers coach Mickey Joseph.

Defensively, Dave Aranda returns for his second season with the Tigers after putting one of the top units in the country on the field a year ago. Last year, Aranda’s defense allowed only 16 touchdowns all season, the fewest of any team in the country.

“I think overall we’ve had a very productive spring,” Orgeron said this week. “I’m excited about our coaching staff, especially our offensive coaching staff with new offensive coordinator Matt Canada along with Tommie Robinson and Mickey Joseph. They have all gelled well together and have improved our team.”

The Gold team will feature mainly first-teamers on offense as well as the No. 2 defense, while the Purple team will consist of the No. 1 defense and the No. 2 offense.

The first half will feature two 12-minute quarters followed by a 15-minute halftime. In the second half, the Tigers will utilize a running clock for the two 10-minute quarters.

While they aren’t seniors, LSU’s four early entries into the 2017 NFL Draft will have a Senior Day Tribute pregame as Jamal Adams, Malachi Dupre, Leonard Fournette and Davon Godchaux will be recognized on the field prior to kickoff. All four players will run out of the tunnel to midfield where they will be joined by family members.