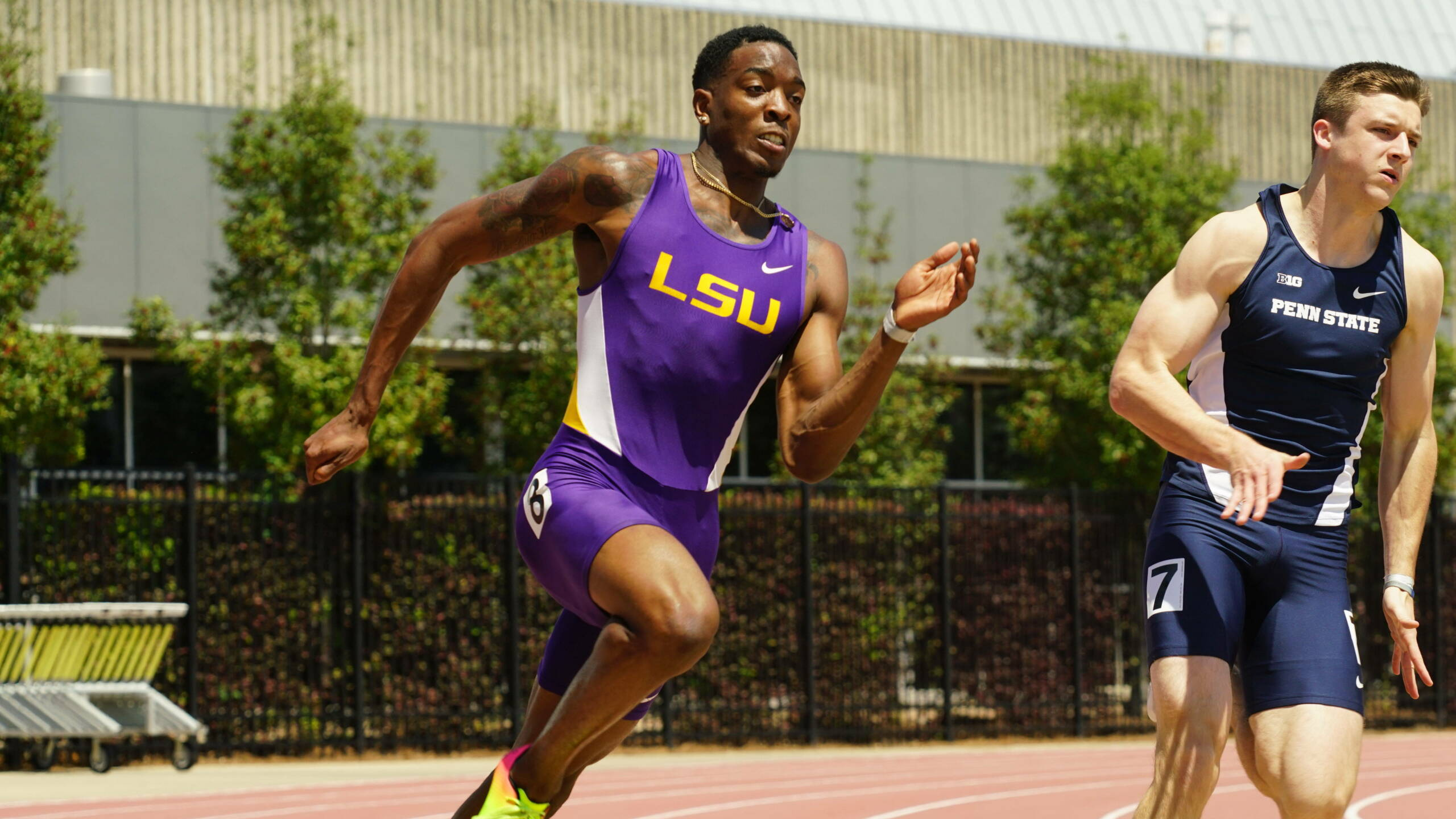 BATON ROUGE – Fans attending Saturday’s LSU Alumni Gold meet at the Bernie Moore Track Stadium on Saturday afternoon ahead of the National L-Club Spring Football Game later that night are in for a treat as the very best of the LSU Track & Field program past and present will be on display in the annual competition.

Two NCAA leaders and 10 other individuals and relay teams currently ranking among the NCAA’s Top 10 this season will be in action for LSU alongside a host of decorated professionals and other alumni accounting for a total of 34 NCAA titles, 54 SEC titles and 99 All-America honors during their collegiate careers in Baton Rouge.

In addition, reigning World Champion Vernon Norwood, World Championships Bronze Medalist Cassandra Tate and Jasmin Stowers, one of the world’s fastest 100-meter hurdlers of all-time, will be welcomed back this weekend to kick off their outdoor seasons alongside other NCAA Champion and All-American alumni. 2012 Bowerman Award winner Kimberlyn Duncan; former NCAA Champions Walter Henning, Shermund Allsop and LaTavia Thomas; and past All-Americans Rodney Brown and Joshua Thompson are also in the field.

Admission is free as the morning session at the LSU Alumni Gold starts bright and early with the start of the “B” section finals on the track and the first field events of the competition scheduled to get rolling at 9 a.m.

LSU features two of the top teams in the country this week with the Lady Tigers ranking No. 4 and the Tigers ranking No. 6 in this week’s Top 25 power rankings announced on Monday morning by the U.S. Track & Field and Cross Country Coaches Association. Other major conference programs headlining the meet will be Texas (No. 9 women, No. 10 men), Mississippi State (No. 25 women, No. 39 men) and Clemson.

Both of LSU’s 4×100-meter relay teams will be back in action at the LSU Alumni Gold just one week after blowing away their seasonal bests at the Mt. SAC Relays in California where the Tigers won the event with a new NCAA-leading time of 38.57 seconds and the Lady Tigers followed with a school-record run of 42.14 for the second-fastest sprint relay in collegiate history.

The Lady Tigers’ record-breaking relay team was honored collectively as the SEC Women’s Runner of the Week following its performance at the Mt. SAC Relays last weekend as junior Mikiah Brisco, sophomore Kortnei Johnson, senior Jada Martin and junior Aleia Hobbs are likely to feature as the lineup again Saturday.

Brisco (100 meters, 100 hurdles), Hobbs (100 meters) and Johnson (200 meters) also rank among the NCAA’s Top 10 in their individual events, which they are also scheduled to run during Saturday’s meet.

The Tigers came away from the Mt. SAC Relays as the new NCAA leaders in the men’s 4×100-meter relay when sophomore Donte Jackson, senior Nethaneel Mitchell-Blake, senior Tremayne Acy and sophomore Jaron Flournoy teamed to run the eighth-fastest time in school history at 38.57. They have already run faster at this point of the season than a year ago when sweeping SEC and NCAA titles in the event.

The men’s sprint relay team is not the only NCAA leader on the heat sheet for LSU as senior Rebekah Wales steps onto the javelin runway with the two best throws by a collegian this season. After throwing her NCAA-leading personal best of 188 feet, 0 inches at the Texas Relays earlier this month, Wales added a winning throw of 183-2 at the Beach Invitational in Long Beach last Friday.

LSU’s other top-10-ranked athletes and relay teams nationally scheduled to compete Saturday include senior Blair Henderson in the 800 meters, senior Johnnie Jackson in the hammer throw, freshman Ruby Stauber in the 800 meters and both the men’s and women’s 4×400-meter relay teams. Stauber is this week’s SEC Women’s Freshman of the Week following her performance at the Mt. SAC Relays.

Saturday’s event also gives fans their first look at a number of LSU’s NCAA-title and All-American contenders opening up in their primary events for the first time in 2017 with Acy and Mitchell-Blake and ready to line up in the 200 meters and fellow seniors Michael Cherry and LaMar Bruton both scheduled to run the 400 meters during the meet.

Mitchell-Blake famously ran the fastest 200-meter time among collegians a year ago with his 19.95 personal best in the 2016 SEC final at the University of Alabama. He went on to represent Great Britain at the Olympics in Rio de Janeiro last summer where he advanced to the semifinal round of the event.

Cherry is the reigning NCAA Indoor Silver Medalist and NCAA Outdoor Bronze Medalist in the 400 meters with a lifetime best of 44.81 run in the semifinals at last season’s U.S. Olympic Track & Field Trials.

After playing host to their annual LSU Alumni Gold meet on Saturday, the Tigers and Lady Tigers will wrap up their regular season next weekend when they play host to the inaugural SEC Relays running April 28-29 from the Bernie Moore Track Stadium. The 2017 SEC Outdoor Track & Field Championships follow two weeks later as the meet is scheduled for May 11-13 in Columbia, South Carolina.